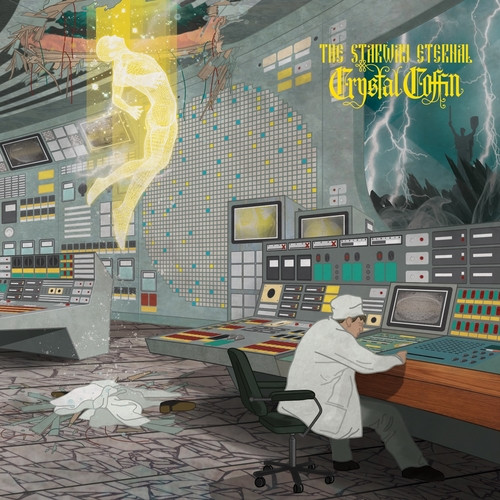 Canada, a country that has given the world a fair share of great bands, like Woods of Ypres and Wormwitch to name a couple. Though it seems another group from Vancouver are on their way to the head table of Canadian black metal with their sophomore release.

Crystal Coffin, an oddly named band, have returned with their oddly themed yet beautifully composed new album, “The Starway Eternal.” Any casual viewer would look at the album artwork and think they were looking at a still from a Rick & Morty storyboard, but once you get past that you find a wonderfully arranged heap of black metal gallops and shredding accompanied by a good mix of raw, melodic and even synth-driven melodies.

From reading the lyrics and press release, Crystal Coffin is telling the story of a nuclear reactor operator at Chernobyl who discovered a link between earth and another world populated by gods, angels and other celestial beings, however, on the day of the infamous Chernobyl meltdown, said the link was broken and the soul of the said operator was sucked into the cosmos.

A very odd piece of speculative fiction to accompany an album that is laced with excellent melodies which any big fan of bands like Imperialist would dig. It is this concept and the odd artwork and beautiful blasting of blast beats and tremolo picking that will make this album sell to more than just the Canadian scene.

The production is excellent with great ambience and the odd 80s vibe to accompany some good synth-driven melodies and clean vocals here and there. Put Crystal Coffin into your black metal playlists to offer a very quirky yet intelligent and speculative take on the greatest music genre ever. Amazing job, lads. 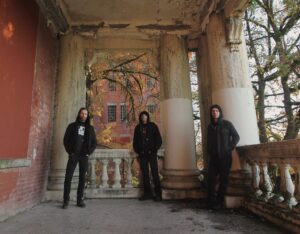