Carcass are back, and it seems their seventh studio outing Torn Arteries is an improvement on several levels as it is, in my opinion, a far better blast of veteran UKDM than Surgical Steel was back in 2013.

The first thing you’ll notice about this new record is the flow – the way each song blends nicely into each other even though there are no links between tracks. Jeff Walker and Bill Steer growl in a manner that was quite reminiscent of the Heartwork and Swansong days, though I wouldn’t say this record is as melodic as those two.

We still get treated to the odd bit of the grindcore-style blast beats that made this band famous as well as the raspy and jagged guitars that put Carcass on the DM map. I think this is the mature record the band have been cooking up since they reformed back in 2007.

Additional musicianship such as an acoustic guitar and some moments of melody and even ambience populate the tracklisting in a manner that told me these blokes know how to make putrid music, melodic or not. I’d also say from the song titles and lyrics I had available, Carcass still have that sick humourous side to their output which made them a band you’d enjoy for a good laugh as well as a trip into surgical hell.

Overall, this the comeback album many a Carcass fan like me has been waiting for all these years, as Surgical Steel was good but forgettable. Torn Arteries is no Heartwork but it packs a good punch and is far more memorable than recent releases, so add this to your DM arsenal to blow away a fair few minds. 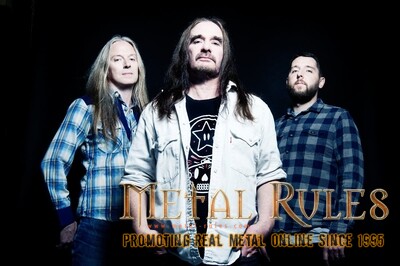 1. Torn Arteries
2. Dance of Ixtab (Psychopomp & Circumstance March No.1 in B)
3. Eleanor Rigor Mortis
4. Under the Scalpel Blade
5. The Devil Rides Out
6. Flesh Ripping Sonic Torment Limited
7. Kelly’s Meat Emporium
8. In God We Trust
9. Wake Up and Smell the Carcass / Caveat Emptor
10. The Scythe’s Remorseless Swing