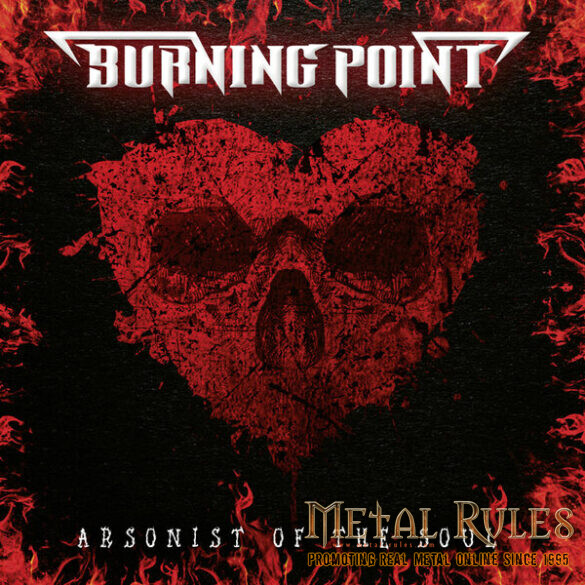 Finnish melodic power metallers Burning Point are here with their eighth fiery themed full-length, Arsonist of the Soul, and their first featuring Luca Sturniolo on vocals.

In style, it sits very much alongside the likes of Firewind, Edguy or Dream Evil, a middle ground between the more in-your-face US style power metal and the European full-on fantasy adventures of the likes of Rhapsody. There’s plenty of melody and glory on show here, but with a degree of grounding in classic metal straightforwardness. As such, the question of recommendation is a simple one: if you enjoy the style of groups like Firewind, you’ll likely feel right at home with Arsonist of the Soul, though you’ll also likely have heard this style done with greater impact.

While the sound on show is familiar and done to decent effect, many of the songs are lacking in terms of development or dynamics. They do what they set out to, and they do it well enough, but that’s really all they do. Skip around within each track and you’ll likely hear much the same thing at any given point. Tracks like “Will I Rise” and “Calling” are perfect illustrations of this issue, they both just sort of plod along without ever really going anywhere. The latter feels like it’s aiming for a “lighters up at a gig” arena anthem, but it doesn’t build or shift gears. A lot of the album feels, in this regard, like power metal junk food: briefly tasty, but leaving little impact after it’s been consumed.

Among the better highlights are “Blast in the Past” and “Fire With Fire”. The former breaks from this trend of unchanging dynamics, and while it still isn’t some sort of progressive epic, it does offer some variety of flavour as it goes at least. “Fire With Fire” just feels like it does better with what it has, and both tracks show off some fun solo flair. It also definitely wouldn’t be fair to assess the album without making specific mention of Sturniolo’s vocal work, which is a consistent highlight no matter what the rest of the song is up to. He’s a solid fit for the band and one I hope they keep in place.

If you’re a big melodic power metal fan and fancy a little more, Arsonist of the Soul should satisfy for as long as it lasts, but don’t expect a lot beyond that. 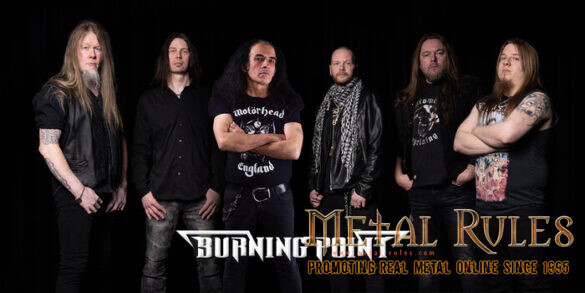