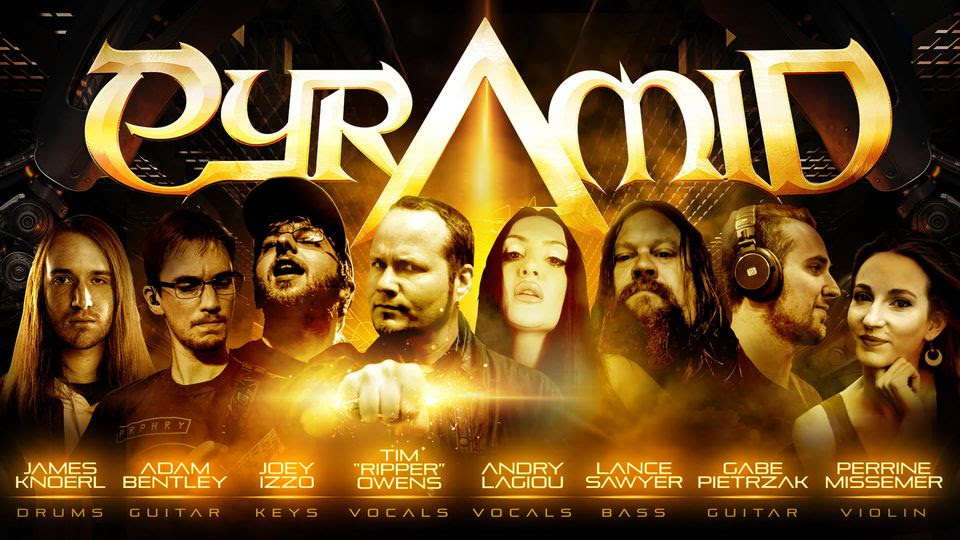 Lance Sawyer states on the project: “This is a Prog Metallers paradise of its own raw and wild nature. It’s foundation is built on bringing heart felt melodic melodies and music that takes you on a metal journey”

Tim ‘Ripper’ Owens adds: “Had a blast making the Pyramid, so much there to have fun with as a singer!! I had so much fun making Validity I went on to make a whole other CD which will come out in the future. This forth coming release is a singers dream to do because I can whatever I want and use all my voices!! Lance and all involved just killed it and all top notch musicians! This is a great listen and a fun ride.”

Andry Lagiou tells that “this project is different from every other style you might have heard, bringing equal both female and male vocals together!”

PYRAMID is a American progressive metal collaboration featuring iconic members. Vocalist and Musicians known worldwide formed by songwriter and bassist Lance Sawyer in 2017. Currently the project is working already for the next album, songwriting will be handled by Lance Sawyer, the lyrics by Andry Lagiou.