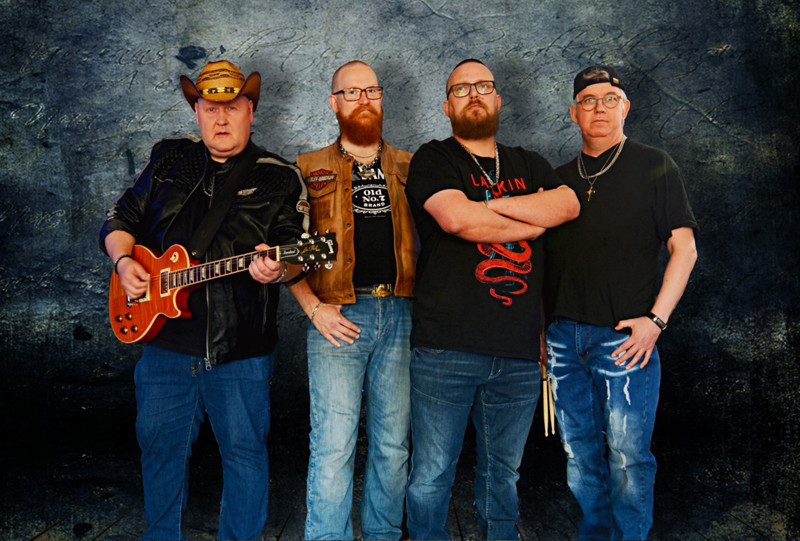 When I first heard Swedish melodic metal act Intercore’s debut album DREAMS FOR SALE, I was intrigued by the music and decided to get in touch with the band to learn more about them, past, present, and future. I hooked up with guitarist/producer/songwriter Raimo Rommedahl. He, along with singer/guitarist Jesper Max, have built their own studio, Rockstone Studios, located in the Gothenburg area, which the band used to record their debut album. At the end of September 2021 the band hosted a release party for DREAMS FOR SALE and if you’re a fan of Europe, Treat and Thin Lizzy, make sure to check Intercore out.

Hi, Raimo thanks for doing this interview with me and Metal-Rules.com today, how are you doing?

All good thank you. It has been a crazy year with the COVID but at the same time, it gave us time to finish our album.

Let’s begin with you telling us how you and Jesper met, and why you decided to start a band?

We played together in a heavy metal show in the year 2000 where we played ’80’s metal songs. We kept in contact and talked about forming a band with original music someday.

Which member was the first one to join the band?

It was actually me. Jesper and drummer Thomas started a trio and I saw the chance to fulfill my old dream about original music, and talked my way in.

I know you guys had a dream to build your own studio. How long did it take to build and what’s it called?

We went from a home studio, with just computers and software, to a full studio as we bought more stuff. Jesper built the studio and I arranged the equipment. It took a couple of years. We talked about renting it out but it is a luxury for us, so we’ll probably keep our “man cave” for ourselves, lol.

When did you start on working on material to the new album? Who writes the music and the lyrics and what are they about?

This album took four years to make and during that time I wrote new songs. The songs for the next album are written so this time it will be a much faster process. We know how to work the studio, we know how to play together and there is a great chemistry in the band. So watch out! lol

I am the main songwriter and write some basic lyrics, which Jesper always changes, and then all of the members add something.

Which bands/artists have inspired you guys musically?

Of  course, I like classic bands like Deep Purple, Rainbow, Thin Lizzy, Scorpions etc. Recently I discovered the Swiss band Gotthard, a really great band who write good melodic songs. I think their album SILVER will become a classic, just fantastic. I know I should have heard about them when Steve Lee was a singer, but I discovered them with Nic Meader as singer and the album FIREBIRTH. I am a total fan and will drive all the way to Switzerland to see them live in December. It feels good at my age to feel like a teenage fan again, lol. The rest of the band pretty much share my taste in music and we always wanted to dive into doing music where the melodies and the song itself is in focus. Jesper is a fan of Larkin Poe and Ozzy.

Were there any songs that didn’t make it on to to the final album?

Yes, a couple but we saved them for the next album. We didn’t want to waste any songs, so the ones that didn’t make it, are probably better than some of the songs that did.

Is it correct you worked on the album for four years? Why did it take you so long to finish it?

As mentioned, we built the studio at the same time and when we got new equipment, we had to rework some, and the process went on. We were like kids in a playground, trying new microphones and stuff!, lol.

Leave It All Behind (Official Video)

Who came up with the title DREAMS FOR SALE and does it have any special meaning?

I am a history teacher and am touched by Swedish history in the 19th century when 2 million people left the country to travel abroad and seek a new future in America. The song is about that. I know the Irish people did it for even worse reasons, they had potato starvation when the only option was to sell their home and buy a one way ticket to America.

Elsa Eliasson Hallström did the cover artwork to the album. Was she given free hand to create what she wanted and are you happy with the final result?

She was given free hand and we like the art work. It was hard to get it really dark to get the contrast to the volcano and sometimes is hard to see but overall, we’re happy. Jesper had to put a joke in there, there is a spaghetti monster somewhere in the picture. Say no more, lol. 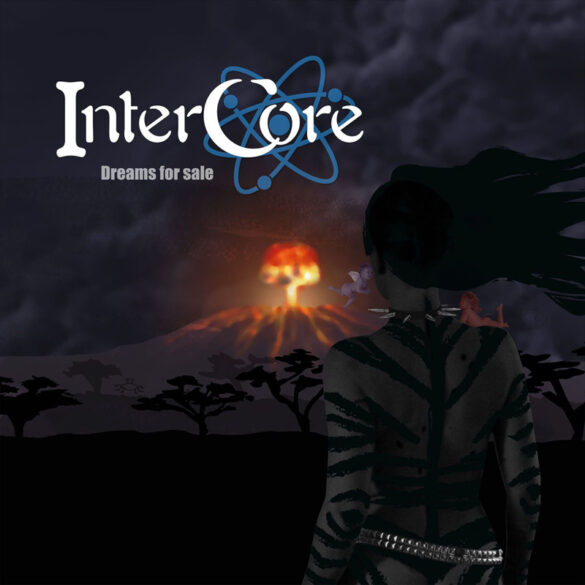 DREAMS FOR SALE clocks in around 50 minutes and contains 11 tracks. Was it your intention to make a longer album?

No, we didn’t know until the first mix down.

“Stars Are Mine” is about breaking up and there are kids involved. You don’t argue about things and money, you are lucky to do the best for the kids. They are the ”stars”.

“Kilimanjaro” is actually, lyric wise, a paraphrase of Iron Maiden’s ”Run To the hills”. Great lyrics about the native’s perspective when the Europeans invaded the land. We put the same plot but in Africa and the area around Kilimanjaro. Hey, everybody steals! *lol*

Tomorrow Is Another Day (Official Video)

Why did you choose to put the two ballads “Mother Mary” and “I Still Hear You” in the middle of the album and not spread them out?

I have no good answer to that. It just happened, haha

I’d say Intercore plays melodic heavy metal music but how would you like to describe your sound?

I agree! The guitars are too heavy metal to be classic rock. In the first takes we actually backed down on the gain and got the sound more ’70’s classic rock but it just didn’t feel right. So we put our Marshalls to 11 and went for it. When we listened, it was clear that it’s more metal than classic rock. Let us say it’s ’80’s classic melodic metal. I don’t understand a thing about Neu Metal. I don’t dislike it but I just don’t know how to make songs like that.

Which other bands do you think Intercore lies close in sound?

The mentioned classic bands, of course. Among newer bands, I hear and recognize the vibe in bands like Gotthard but also Vega, Supernova Plasmajets, Eclipse, New stuff with Europe, Silent Winter and many others.

The info sheet states that “the album contains strong melodies, pounding drums, and screaming guitars. Intercore hope to remind you of the golden age of metal music.” Do you agree with that statement?

I hope so! Maybe we said too much? Is it possible to rewind? *lol*

Have you read any reviews of the debut yet? Do you  guys care what critics say about your work?

We are like children on Christmas Eve! *lol* Yes, we have had a couple and I want to fight the critics, haha. No, seriously they have been good and nice to read and we are happy that they actually liked the album. The critics are important to get another view that you don’t always have yourself.

The band is about to host a release party at the 17th of September, what is going to happen there? Are you going to perform live? Is it hard to plan an event during a pandemic?

This is a big step for us and we want to celebrate with our friends. We are going to perform live and just enjoy the moment. The restrictions in Sweden are about to open up so it’s all by the book. We have come far with the vaccine and the rates are low right now.

Is Intercore a band or a project and are you going to continue to release albums under the Intercore name?

It is a band and we are taking up rehearsals again after putting all last year in the studio. It’s really fun to make the songs work live. We will release a second album in the near future.

At the beginning of July, drummer Thomas Shuffle Persson left the band. Was his departure expected and was it hard to find new drummer Stefan Estulf to replace him?

Thomas is a great drummer and did fantastic work on the album. He is also very occupied with work and it was sad to split ways. He just couldn’t cope with the schedule of making videos and such. We are best friends and I still play with him in my side project, blues rock band Slap Back Joe. Stefan Estulf is a drummer that I have played with for 20 years, on and off in different projects. He is a real pro and stepped in and learned the songs in a few days. The band suits his plans and we are thrilled about the future.

Any plans on heading out on the road performing live anytime soon?

Yes, on Friday the 17th, lol. We didn’t think too much as we were occupied making the album. Now we want to play live and the live scene is really our playground. We have all been playing live most of our lives and we really want to build up a good live act. I want to do my version of Van Halen’s “Eruption” on the guitar, haha.

Well, that was all I had for this time. Once again thanks for taking the time talking to me and Metal-Rules.com, stay safe and healthy. Do you have any final words of wisdom to share with fans and readers?

Thank you, absolutely pleasure! Music is a universal language and an escape from the daily struggles in life. I hope that many will discover the feeling of sitting down, shut off the world, have the lyrics in front of you and just melt into the universe.

Sorry to say, many times music is just something that is in the background. Music is God, if you let it be.