On December 17th, 2021, Metal titans Powerwolf will release Blood of the Saints (10th Anniversary Edition), a special re-issue of their acclaimed 2011 album in celebration of its first decade of existence!

The special Anniversary reissue edition of Blood of the Saints comes with a stunning new frontcover artwork by Zsofia Dankova, extended design as well as plenty of bonus material (demo, live and orchestral tracks) across several limited deluxe formats as follows:

– 2-CD Digibook
A total of 24 tracks, including demo bonus CD and a 36-page booklet.

The pre-order for this special reissue is starting today at THIS location!

Blood of the Saints, Powerwolf’s 4th studio album, was recorded with Fredrik Nordström and Henrik Udd at Studio Fredman in Gothenburg, Sweden. Upon initial release in July 2011, the album managed to land on a back-then impressing # 23 position in the official German charts and ultimately kicked off the global phenomenon that are Powerwolf and the group’s unstoppable and still ongoing as one of the leading Heavy Metal acts of our times…

“Looking back at the era of ‘Blood of the Saints’ it was an intense and wonderful time in which we learned a lot, had the chance to expand our touring activities and indeed found a lot of new listeners both with the release of the album as well as on tour.”, commented Powerwolf’s Matthew Greywolf as part of the liner notes for Blood of the Saints (10th Anniversary Edition). 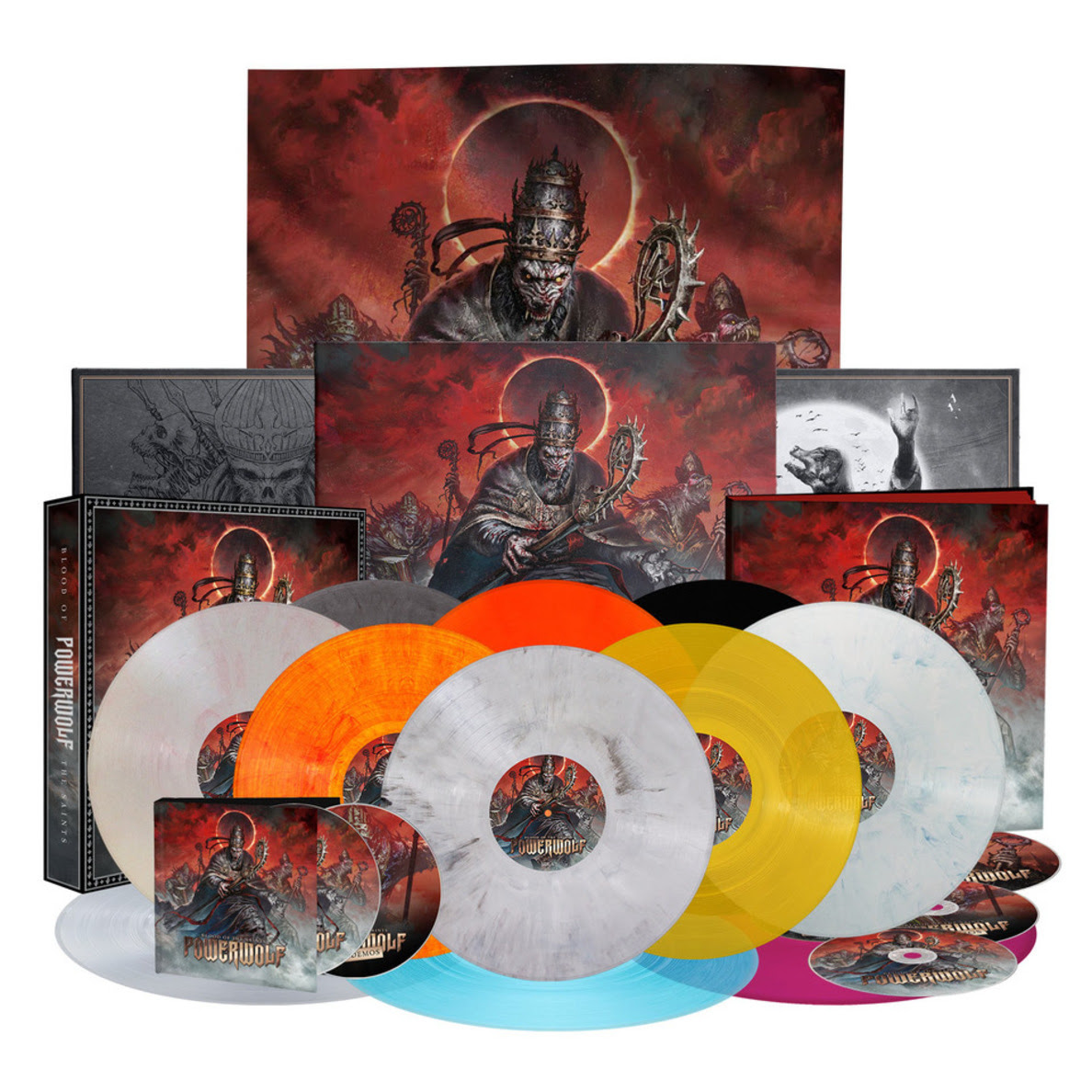