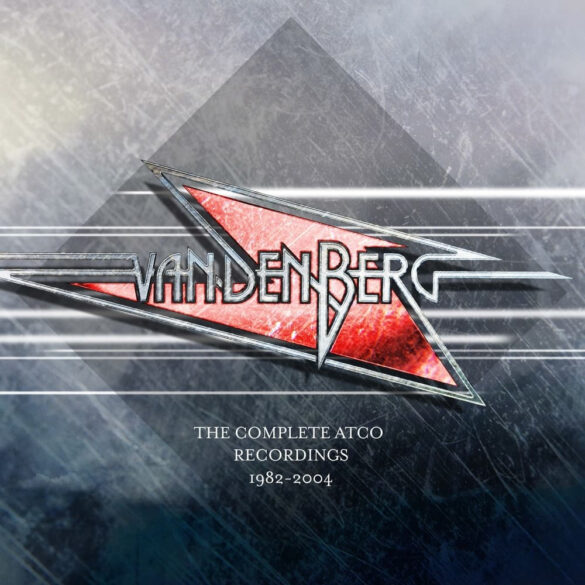 About 15 years ago I started to methodically digitize my 3000 strong cassette collection. The goal was preserve and archive those fragile beauties.  This was pre- Spotify so it was a real treat to have all these increasingly rare tapes stored on my iPod.   However my 160G iPod couldn’t quite fit all the albums and some tapes got cut.  Vandenberg were among the bands that didn’t make the cut to get digitized. Maybe it was a function of the band name being ‘V’  near the end of the alphabet, that I was running out of room and had to be more selective.  After the epic project would took over a year, the tapes (tragically) went into storage.

Whatever the reason was for Vandenberg not making the cut, over the last 13 years there have been several times when I’ve wanted to hear a Vandenberg album and they are not on my iPod!  This feeling was even more exasperating when VANDENBERG released their excellent comeback album, the unimaginatively titled , 2020.  I wanted to hear those old albums more than ever.

Thankfully, my salvation has arrived courtesy of the fine folks at Cherry Red/ Hear No Evil Records. They have just issued VANDENBERG-THE COMPLETE ATCO RECORDINGS: 1982-2004.

The title is this set is a little misleading, in reality VANDENBERG did three studio albums from 1982 to 1985 before guitarist and founder Adrian  Vandenberg jumped ship and joined Whitesnake.  The 2004 date stems from a small pile of rare and unreleased stuff left in the vaults . The band wasn’t really continuously active until 2004. No matter!

This is presented in a clamshell box that houses four wallets and a 20-page full colour booklet.  Each sleeve has the original art and legend has it that Vandenberg himself painted the album covers.

As a side note has anyone else noticed the striking similarities between the the cover art of Eric Martin’s (Mr. Big) fifth solo album from 2004, DESTROY ALL MONSTERS and HEADING FOR THE STORM?  Coincidence? Rip off?  Tribute?  We may never know.  It is an awesome album cover, floating land sharks are cool,  way before the Sharknado film franchise even existed.

All three albums; VANDENBERG (1982), HEADING FOR THE STORM (1983) and ALIBI (1985) are presented in their entirety.   What makes this set worthwhile is the 17 track bonus CD called DEMOS, LIVE & BONUS TRACKS.  This is loaded and they really are cool, rare and unreleased songs.  I would have liked more technical information about the extra songs.   When and where they recorded and for what?  There is lots of great stuff but it doesn’t provide the source. The demos sound almost as good as the album!   One of the rare tracks is an acoustic version of their minor hit ‘Burning Heart’.

What would have made this the ultimate collection would have been if they included the live audio for the 1985, VHS-only, home video, LIVE IN JAPAN.   The concert had yet to be released on CD.  Maybe one day!   Instead we only get a teaser of two songs from that concert.

I’m delighted this collection has seen the light of day, even if the albums have previously released, it is a testament to this great melodic Metal band.