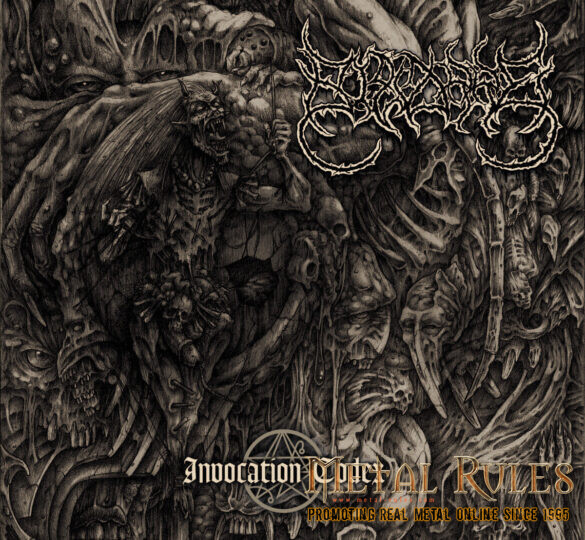 Old school death metallers Bizarre bring forth their debut album Invocation Codex via Transcending Obscurity Records. Hailing from Spain, they are heavily influenced by late 80s-90s metal from Finland and the stories of H.P. Lovecraft.

“Exhumed from the crypts of the forgotten Finnish death metal gods, the music of Bizarre is like an ancient dark force that has been summoned to be unleashed with magnified intensity upon the unsuspecting masses. Shrouded in layers of impenetrable darkness and reeking of otherworldly Lovecraftian horror and mystique, the music has an enchanting effect on the audience. Possessed-sounding vocals instil a sense of fear penetrating deep into the subconscious, as the guitars weave a dual-pronged attack comprising of body-maiming riffs and heart-stabbing melodies that sound like plaintive cries of souls trapped in bottomless limbo, all in all, orchestrating a diabolical onslaught invoking hell on earth. ‘Invocation Codex’ has been initiated to honour the true spirit of obscure death metal and wreak havoc in manners deemed necessary in such an era.”

Ethereal feminine vocals linger throughout album intro, “The Void,” before the baton is passed to cacophonous offering “An Obsolete Creation”. Mark Beserk’s gutturals make their first appearance on track two, and are so deep that they give Obzen on bass a run for his money.

A blistering solo features in chaotic “The Shadow Over Innsmouth” in between Beserk’s deranged vocals, not forgetting the fantastic performance from the rhythm section. Less than a quarter of the way through the record, and the band is already firing on all cylinders.

“Anima” arrives like a newly awakened creature, then flows seamlessly into crushing number “Ex Oblivione”. There are some really enchanting riffs during the choruses in track five, that counter the vocals superbly. Moving at a dramatically steady pace, “Souls In Formaldehyde” is just as destroying as its name suggests. Rather than speed, it draws its strength from its sheer heaviness.

“From Beyond The Grave” brings Invocation Codex to its halfway point and picks up the pace, save for when the song has a melodic moment. Infectious melodies make a resurgence during “Awaiting The Equinox,” is a fearsome yet catchy chapter of the record. Something Bizarre do well is balancing their brutal death sound with lighter mystical elements.

“In The Bowels Of Voormithadreth” continues the otherworldly vibe, though it has to be mentioned that the drumming particularly shines here.

“The Advent Of Eternal Pain” ends as abruptly as it starts, pummelling the ears in the most pleasant way. The synths are a little more prevalent here than on some other tracks, while also demonstrating some interesting drums much like “In The Bowels Of Voormithadreth”. “Ancient Forgotten Tsathoggua” is tinged with subtle synths that play homage to the supernatural themes Invocation Codex is influenced by, closing the record with a lingering eerie vibe.

Invocation Codex is a promising first album from the quartet, that will transport you to Lovecraft Country… but makes no promises to bring you back. For fans of Adramelech, Gorement, (early) Amorphis, Morbid Angel, Ghastly, and Sepulchral Curse.

Invocation Codex will be released on the 20th of October! Preorder it from Bizarre’s Bandcamp. 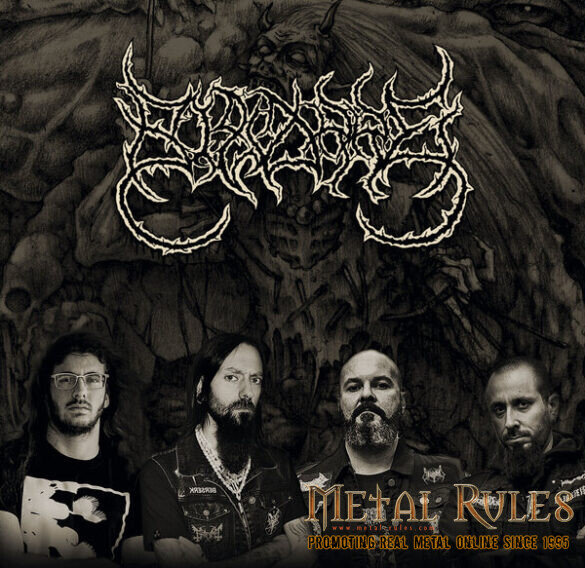 1. The Void
2. An Obsolete Creation
3. The Shadow Over Innsmouth
4. Anima
5. Ex Oblivione
6. Souls In Formaldehyde
7. From Beyond The Grave
8. The Speeches Of The Damned
9. Awaiting The Equinox
10. In The Bowels Of Voormithadreth
11. The Advent Of Eternal Pain
12. The Call Of The Great Old Ones
13. Ancient Forgotten Tsathoggua