The band Velvet Chains, which has been gaining international highlight and had excellent repercussion in South America and Mexico, launches its debut album entitled “Icarus”. The work has 10 songs, including the singles “Tattooed” and “Strangelove”, and is now available on all streaming platforms.

The first single “Tattooed” was highlighted in the media by the special guest appearance of Guns N’ Roses guitarist Richard Fortus. The song received an impressing music video, directed by the experienced Dean Karr, who worked with music giants such as Ozzy Osbourne, Velvet Revolver and Iron Maiden. The second single, “Strangelove”, kept the audience’s attention, and both tracks got more than 150,000 streams in just a few days.

The album also features guest appearances by Jeff Rouse (bass) and Mike Squires (guitar), both from Duff McKagan’s LOADED, on the catchy “Pass the Disease” which also have a beautiful lyric video.

“Icarus” is an intimate and emotional album, written in partnership with multi-platinum composer Drew Lawrence. Recording took place in Las Vegas and Seattle, sound engineering work was carried out by Greg Williamson, while Tristan Hardin did the mixing and mastering.

From Las Vegas to the World

The band Velvet Chains was formed in the American city of Las Vegas in 2018, and “Icarus” is their first album.

The group’s musical proposal placed them as one of the highlights of the new generation of American hard rock, by uniting breathtaking tempos, a solid rhythmic section and catchy melodies, the kind that stick in your head.

Guided by what was best done in the grunge and hard rock of the 90s and 00s, Velvet Chains has as reference groups such as Guns N ‘Roses, Alice in Chains, and Pearl Jam, among many others from different styles, whose elements are condensed to create a unique and characteristic sound of the style that changed the way young people listen to rock music.

The lyrical content along with the musical quality is another important factor for Velvet Chains: “Our goal was to write songs with important lyrics while covering different genres within Rock from the 90s to the 00s. You will find a bit of heavy rock, a bit of grunge, a bit of alternative rock, and much more on this album”, explains Nils, founder of the band. 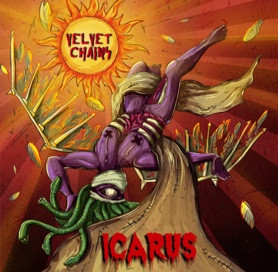 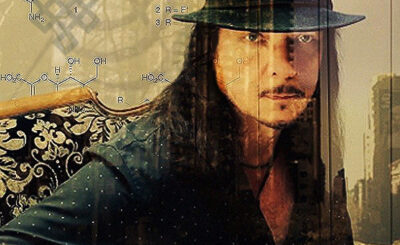