New Single and Video out in October 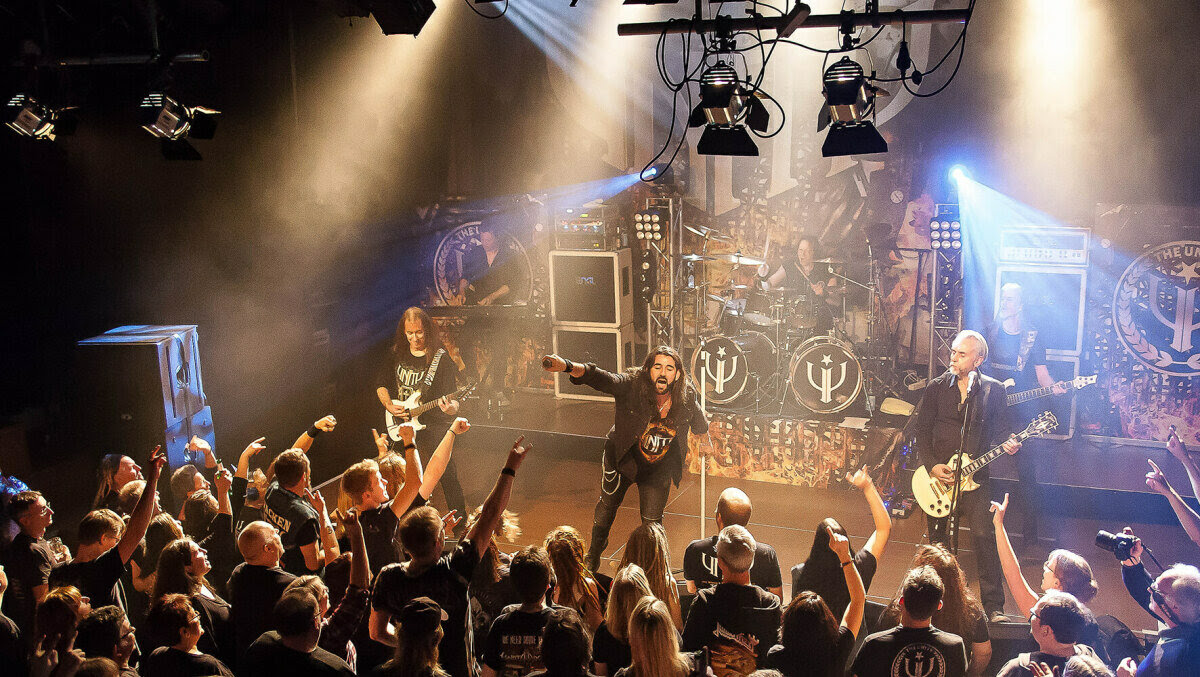 Sometimes the seemingly most surprising idea can also be the most obvious: German-Italian melodic metal act The Unity, consisting of Gamma Ray members Henjo Richter (guitar), Michael Ehré (drums) and bandmates Gianbattista Manenti (vocals), Stef (guitar), Jogi Sweers (bass) and Sascha Onnen (keyboards) are set to release their first live album ‘The Devil You Know – Live’ on Steamhammer/SPV on 12 November 2021, their very own reaction to the lockdown, which has still not been fully lifted. “For months, music fans were denied the most important thing in their lives: live concerts! That’s why we decided to give our fans exactly that, The Unity live,” explains Michael Ehré, adding: “Some may feel that it’s a little early to bring out this kind of recording after only three studio releases. But for us, this is both a salute to our fans and a consolation to make up for the many shows that didn’t happen.”

‘The Devil You Know – Live’ was recorded between 2017 and 2020 during tours through Germany and a number of other European countries, at shows in small, overheated clubs with sweat dripping from the walls, but also at big festivals such as the Masters Of Rock in the Czech Republic and in Germany at the Karlsruhe Knockout Festival and the Bang Your Head in Balingen. The track listing focuses on material from their albums ‘The Unity’ (2017) and ‘Rise’ (2018), but in ‘We Don’t Need Them Here’ also includes the single release from their third album ‘Pride’ (2020), a song which was discussed controversially at the time of its release and was one of the highlights of their tour with Rhapsody Of Fire. Talking of which: The Italian band was only one of several renowned groups with whom The Unity have toured extensively. Just as unforgettable were their concert tours alongside Sinner, Edguy and Axel Rudi Pell, where The Unity presented their outstanding skills every night, advertising their subsequent equally acclaimed headlining tours.

The first single release from ‘The Devil You Know – Live’ will be a live clip featuring ‘Close To Crazy’, with excerpts from The Unity’s performance at the Masters Of Rock in Vizovice, Czech Republic, in front of an audience of 22,000 and with german comedy star Sascha Grammel and his famous puppet, the “eagle pheasant” Frederic Freiherr von Furchensumpf, putting in a guest appearance. The latter has been a self-confessed The Unity fan for years and frequently comes to the band’s shows.

The album was mixed and mastered by Achim Köhler, and the front cover courtesy of Felipe Machado Franco (Gamma Ray, Blind Guardian, Iron Savior) introduces The Unity’s new mascot Dave, who is honoured by the album title. Manenti says: “There is an English saying: ‘Better the devil you know than the devil you don`t’. We think this motto perfectly describes the situation the world currently finds itself in.” “The Devil You Know – Live” will be released on November 12, 2021 through SPV/Steamhammer in the following configurations: 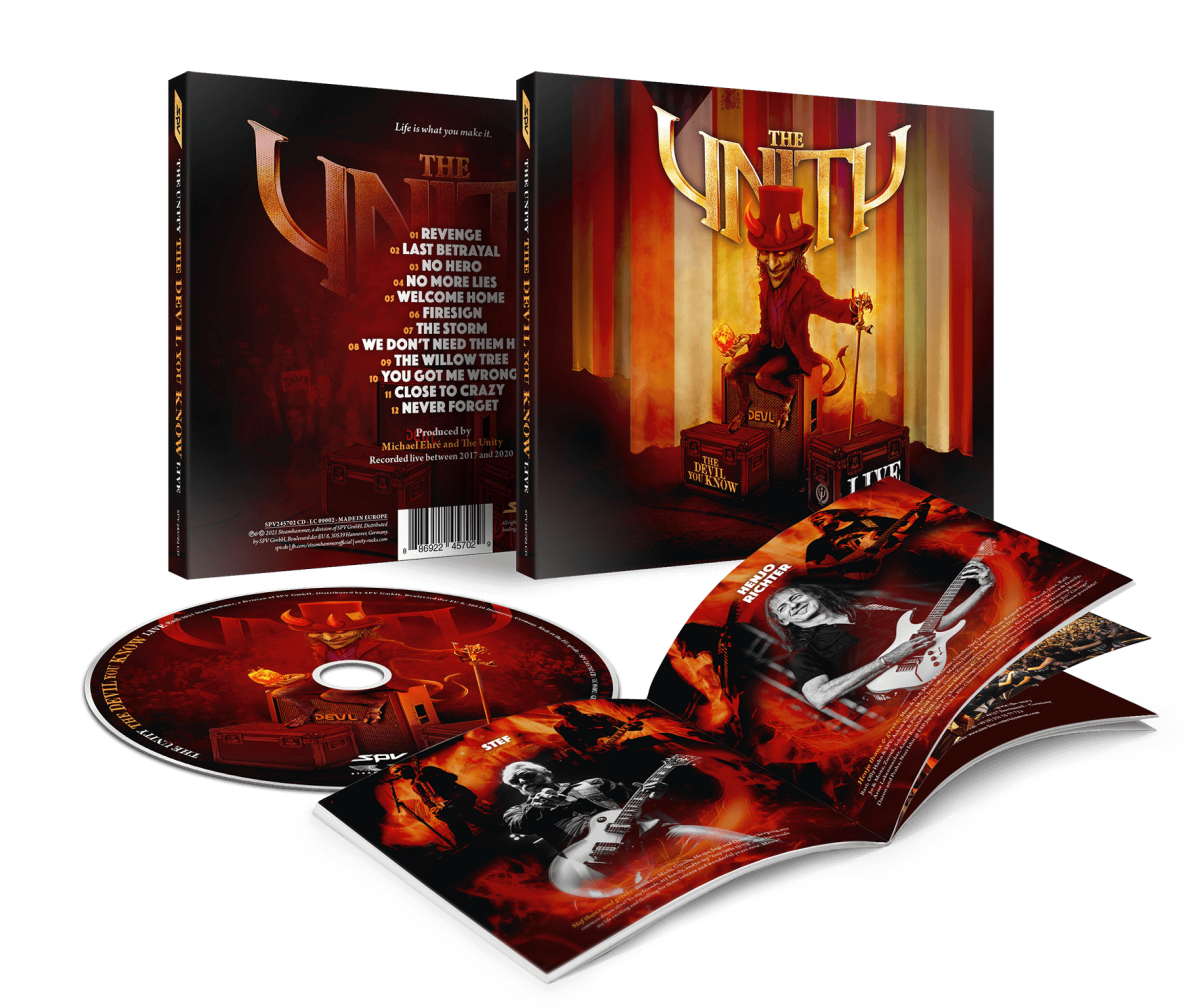