As anticipation grows for the release of their 15th studio album, GRAMMY-nominated and millions-selling progressive music titans Dream Theater are releasing the music video for the first official single “Invisible Monster.” The song comes from their upcoming InsideOutMusic / Sony Music album A View From The Top Of The World scheduled for release worldwide on October 22nd. The new track clocks in at 6:27 and showcases the musicianship and creativity that has garnered the band fans around the globe. The video for the song was directed by William “Wombat” Felch (Mudvayne, HellYeah, Crobot, Static-X, Nefariant) and follows the story of an artist’s internal struggles as the band is showcased performing the track. The piece of art created by Felch in the video now lives inside DTHQ.

“It was written after we’d written a bunch of material. A lot of the music was super energetic and upbeat tempo-wise. Mike suggested we do something a little different though. So, we started working on a more mid-temp song. The hook, riff, and melody changed so naturally. I equate it to ‘Pull Me Under’ back in the day where we’d just start playing, something would come out, and we’d be like, ‘Whoa, that’s cool’. There’s a serendipitous moment where it happens. Lyrically, it’s about how anxiety plagues people. It’s like there’s an invisible monster beating you. You don’t see it, but it’s haunting you all of the time,” explains John Petrucci.

Dream Theater recently released an in-depth behind the scenes interview about the making of A View From The Top Of The World. The interview is a 3-part docuseries hosted by ProgReport Editor In Chief Roie Avin as he interviews the band about creating the new album. The interview takes place at the band’s new headquarters DTHQ – the space where the band recorded their latest album. Part 2 of the interview will be released on September 29th and the final part will be out on October 10th. The first part of the interview is now live and can be seen here: https://youtu.be/vCoiAWQigP4. Also, an animated video for album opener “The Alien” (viewed over 1.4 million times) that clocks in at 9:32 was released last month and can be seen here: https://youtu.be/V462IsOV3js.

A View From The Top Of The World is now available for pre-order in various configurations including a limited Deluxe Box incl. Gatefold 2LP (180g bright gold vinyl) with exclusive alternate cover, limited deluxe 2CD+Blu-ray Artbook with exclusive alternate cover, Zoetrope Slipmat, Beanie, Enamel Keychain, 8 x Artcards, Poster, Hand-Numbered Certificate of Authenticity in a Lift-off Lid Box. The album is also available in a limited Deluxe 2CD+Blu-ray Artbook, Special Edition CD Digipak, Gatefold 180g 2LP+CD+LP-booklet. The Blu-ray contains a 5.1 surround sound mix with full album animations, plus ‘Digging For A Spark – A View From Inside DTHQ’, a specially filmed documentary that gives a glimpse behind the scenes of the band’s new home-base and the making of the new album. The album is also available for pre-order digitally and fans that pre-order the digital version will receive an instant download of “The Alien.” A View From The Top Of The World was produced by John Petrucci, engineered and additional production by James “Jimmy T” Meslin and mixed/mastered by Andy Sneap and available for pre-order here:
dream-theater.lnk.to/AViewFromTheTopOfTheWorld.

Dream Theater – comprised of James LaBrie, John Petrucci, Jordan Rudess, John Myung and Mike Mangini – was in the middle of a sold-out world tour in support of their last release Distance Over Time and the 20th anniversary of Scenes From A Memory when a Global Pandemic brought the world to a stop. The musicians found themselves at home with LaBrie in Canada and the rest of the group in the States. As fate would have it, they’d just finished construction on DTHQ (Dream Theater Headquarters) —a combination live recording studio, rehearsal space, control room, equipment storage, and creative hive. With LaBrie in Canada, he initially wrote with the band via ZOOM on a monitor in DTHQ. In March 2021, he flew down to New York, quarantined, and recorded his vocals face-to-face with Petrucci. The album ultimately threaded together lean and uncompromising hooks with tried-and-true technical proficiency.

The track listing for A View From The Top Of The World is: 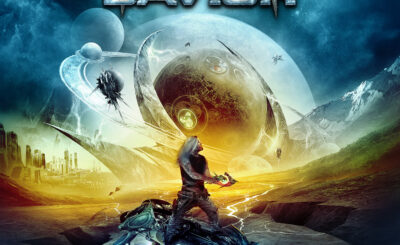 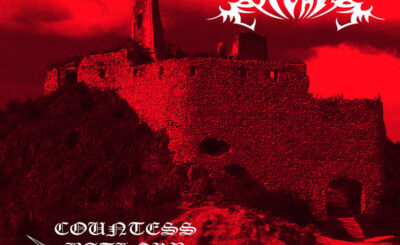