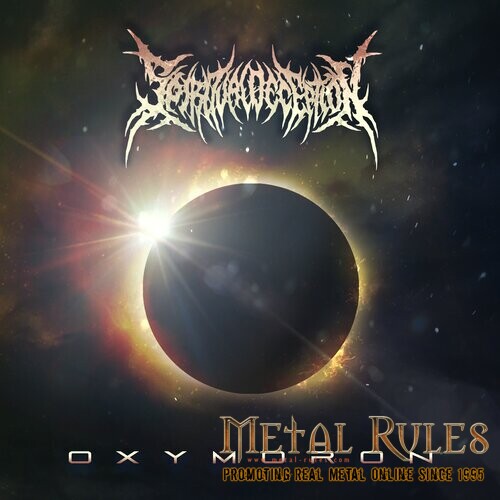 Oxymoron is the latest EP from the atmospheric brutal death metal organization, Spiritual Deception – all the way from Italy. Atmospheric and brutal death metal are two terms I never thought I’d see in the same sentence, but it seems these guys from Milan have taken two opposing elements of extreme metal and fused them together with all the ease and elbow grease of an experienced mechanic.

When I first put this on I was expecting another generic slam record with some themes of planets or stars based on the album artwork, but eventually, I was taken in by the first track “Hidden in Consciousness” which tackles some introverted feelings and is delivered with a flow that doesn’t make the music chug, which is one of my biggest pet peeves with brutal death metal.

Second track “Captatio Benevolentiae” continues this with some pianos thrown in at the rear, plus some echoing chimes of synthesizers and what sounded like a choir. Here there was a space-like aura to the music which felt like you were floating into the unknown, or to a whole new level of consciousness as these boys might be purveying with their lyrical themes.

The title track is a three-minute instrumental piece with some beautiful use of pianos and precision drumming to make you wonder if you’re at some sort of crossroads. A well-placed piece to make the audience wonder just what is going on for them and realize that music can delve deeper into the human psyche than many other art forms.

“Damnatio Memoriae” is an exploration of good guitar work and hacks into the inner sanctum of the human mind with aplomb while closing track “Serpent’s Speech” closes the EP with some excellent blast beats and screams that makes one wish this was how philosophy or psychoanalysis was taught in school. 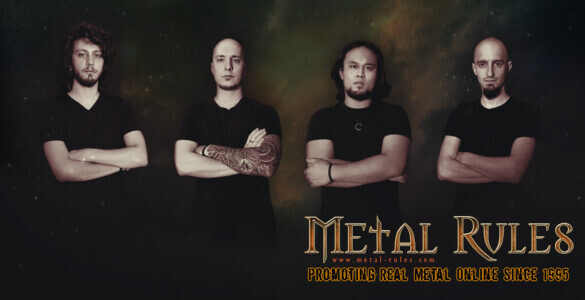