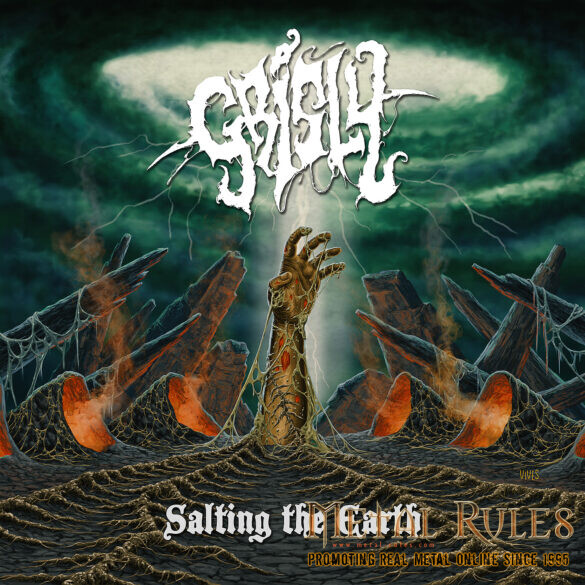 Death metal, the world’s most extreme genre; Sweden, the home of some of the biggest and best death metal bands in the world; put those two things together and what do you have? The new album by Kalmar-based old-school outfit, Grisly.

Salting the Earth, a very apt name in my opinion for one of the finest albums to grace the death metal scene this year. Speaking as someone who digs the old school sentience of the genre and the use of the HM2 amp (if that’s correct as I’m a drummer, not a guitarist), these blokes from the genre’s European fatherland nailed it many times. Counting the drums that sound like a hammer banging more than enough nails into a proverbial coffin adds more weight to said achievement.

This is a 29-minute sojourn into the realms of putrid fantasy, offered in the simplest yet brutal form. Grisly have worked well to perfect the sound pioneered by many bands of yesteryear and have produced something that would be held among the classics if it was made in the early 90s.

I can only hope said applause can echo throughout Sweden, Europe and beyond for these boys as Salting the Earth begins with a vibe that awakened my love for all things DIY, especially extreme metal that arose from the crust punk and grindcore scenes in the late 80s. An album completely void of blast beats might not sound great to a keen death metal fan, but with the highly impressive vocals and shredding guitars that make you feel like you’ve descended further than the 10th level of hell, you’ve got some of Sweden’s finest musical gems.

A great album is one that does not outstay its welcome and Salting the Earth does just that. Aeons of replay value is how I would describe this release, as it’s one that will make you want to hear again and again, particularly if you dig the sounds of Wombbath or Repulsive Vision and their ilk. Add Grisly to your playlist if you want to beef up the old school appreciation in your death metal collection. 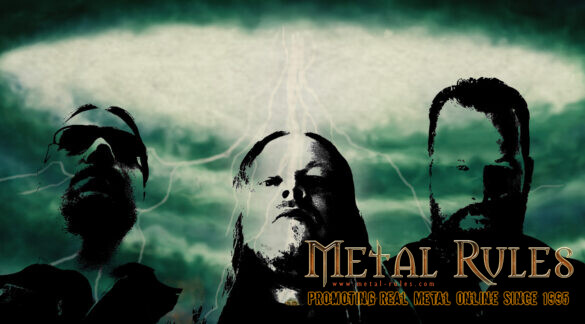