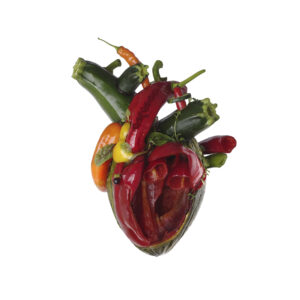 Carcass has had an impressive career since their forming in 1986. Leading the pack for being hugely responsible for the goregrind genre as well as solidifying the melodic death metal genre as well I see modern Carcass the same way I see modern Kreator, a genre all to themselves. Since their reunion and the release of the really strong SURGICAL STEEL I’ve been looking forward to new music from these guys. Yes, it’s only Bill Steer and Jeff Walker but that is the heart of the band. This is also a divisive band where die-hards believe that their melodic death metal era signaled their death knell and completely wrote off their reunion. I just want to hear good metal and on SURGICAL STEEL, Carcass delivered.

That was eight years ago already and now we are here in 2021 and Carcass has released their newest full length, subtly titled TORN ARTERIES. Come on, with an album title like that not to mention their teaser single “Kelly’s Meat Emporium” how can you go wrong? Honestly, you can’t. Carcass has delivered yet another killer album of extreme metal that only Carcass can deliver. Once again, to pin them down to one genre is just impossible. The play….Carcass. The album opener and title track is a riff monster and those riffs are mostly thrash riffs with some grooves thrown in. The fret work on this album is, as always, godly. To contrast the face melting opener they follow it with “Dance of IXTAB (Psychopomp & Circumstance March No.1 in B).” This has a cool groove through the whole song and some cool riffs. The solos are as godly as ever. Jeff Walker’s vocals sound as evil as they ever have and adds to the atmosphere they were trying to create.

Then there are songs that have many layers like the hilariously titled “Eleanor Rigor Mortis,” Starting of seriously fast it abruptly slows to a mid pace with some cool riffing and dual lead riffing only to end as fast as it began, to include a blistering solo, this is one of the most interesting songs on the album. Obviously the band has not given up on it’s rather graphic titles and subject matter with titles like the aforementioned “Eleanor Rigor Mortis” or the ten minute epic “Flesh Ripping Sonic Torment Limited.” Here you have an epic song with many layers and time changes. You also have the single released prior to the album that I mentioned earlier, “Kelly’s Meat Emporium.” This song actually got me excited about the new album. This song pretty much represents modern Carcass. Killer riffs, evil vocals and blazing solos.

So Carcass’s first new music in eight years is more of the same formula started on the previous album, and that’s okay by me. This may not be the return to form or a new album that sounds like whatever classic you are nostalgic for. I say throw all of your expectations to the wind and dive into this album. Seriously, “Wake Up and Smell the Carcass” or feel “The Scythe’s Remorseless Swing!” Really…these guys make it too easy! 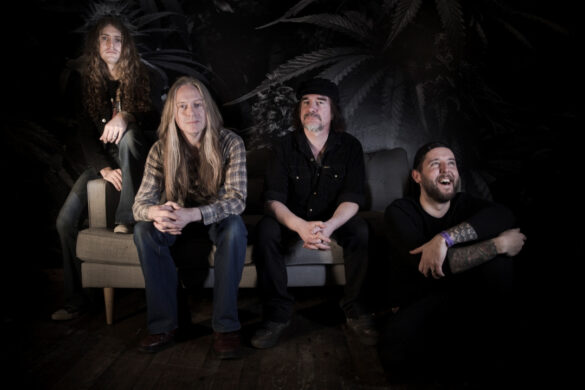