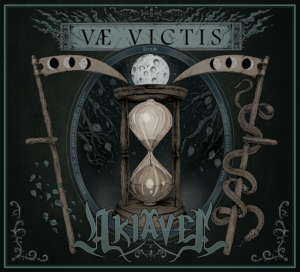 “Vae Victis”, from Latin for “woe to the vanquished”, is one memorable album title, suitable for any band who deal with themes of loss and anguish, which is certainly the case for France’s melo-death outfit Akiavel, who return with their sophomore album.

Akiavel is a band who landed on the French scene only three years ago but have made an impact playing many sold-out shows and festivals in their native land and Europe. Now they are showcasing their ability to make truly memorable releases that defy expectations of the most cynical music writers like myself.

When I put this on, I was expecting another dull and boring Arch Enemy clone (as if Arch Enemy aren’t dull and boring enough), with mediocre melodies and rather bad grasps of death growling. But I was thankfully proved wrong as the tunes progressed from onslaught to onslaught, offering enough riffs and precision blast beats to please anyone who likes their death metal hard and nasty or even technical.

Grooves and chord progressions and what sounded like a choir of backing singers add to the melodies and offer a somewhat gothic edge, but none of that stands out more than vocalist, Aure who definitely gives the likes of Angela Gossow or Larissa Stupar a run for their money. You certainly wouldn’t think this was a woman singing in the slightest, so France has now produced another great set of metal musicians who deserve to be known a death metal.

For me personally, this was a very impressive piece on the melo-death shores, making it great to know a country that has birthed many great bands like Anorexia Nervosa and Alcest now has some bands who should be up there at the head table of melodic death metal. Akiavel certainly has their hearts set on a strong route into the melo-death world and their experimentation does not knock the band any lower from the power and might that said genre displays.

Anyone who wants to know how strong the French scene is today must certainly give this band a shot. 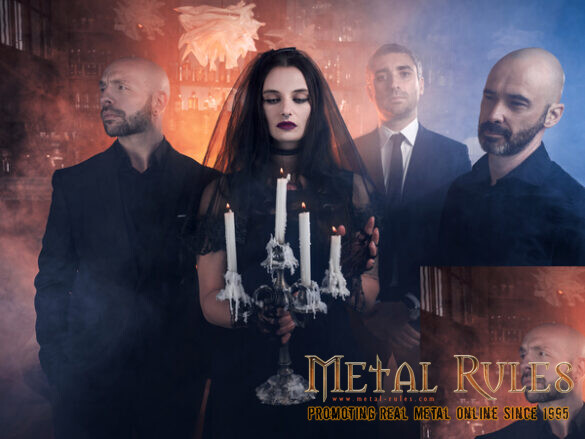