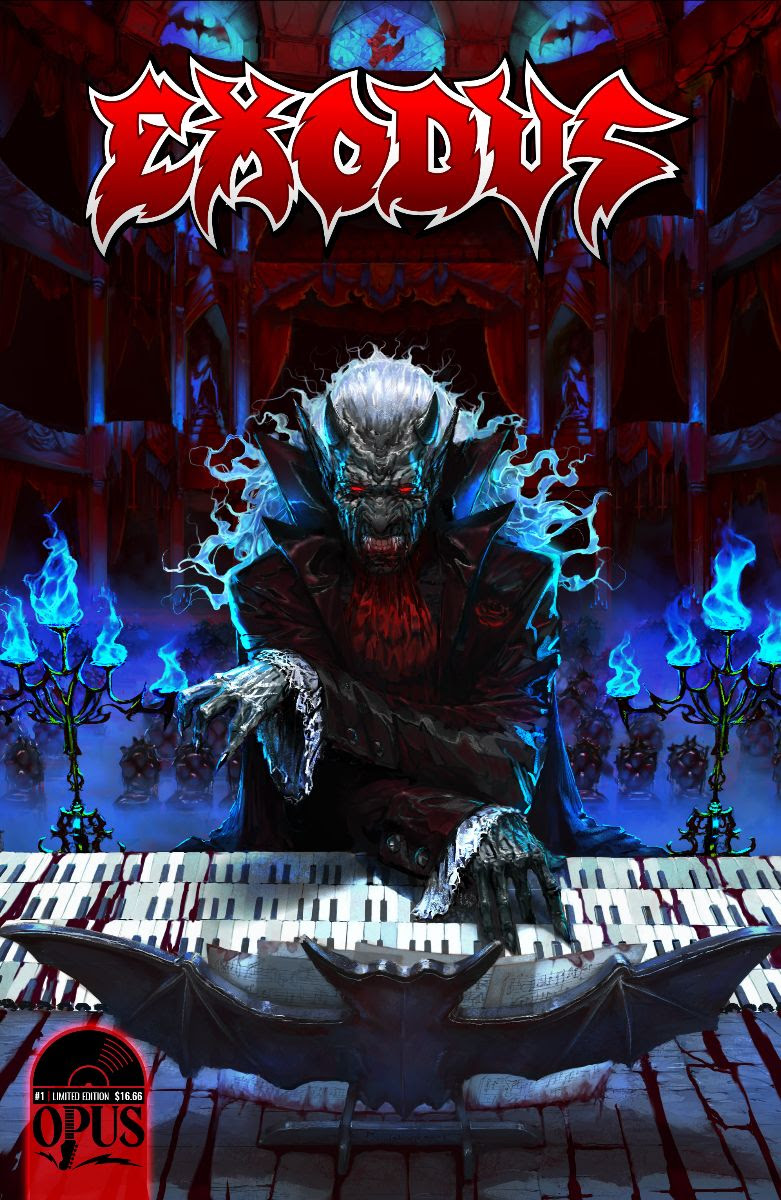 EXODUS and Incendium are teaming up for the launch of Tales Of The Damned, a four-issue comic book anthology series that explores classic tracks from the band, a legendary pioneer in the thrash metal genre. The terrifying “Organist” from EXODUS artwork and lore will also be immortalized as an action figure.

Published under Incendium’s music-focused OPUS imprint, the first issue riffs on the title track of 2004’s Tempo Of The Damned and is crafted by horror masters, writer Ian Edginton (Aliens, Predator, 2000AD) and artist Luis Guaragna (John Carpenter’s Tales For A Halloween Night). Tales Of The Damned #1 features cover artwork by Ryan Christensen that showcases the “Organist.”

In the bone-chilling first issue of Tales Of The Damned, a teenage girl goes missing after becoming obsessed with “The Wavelength,” a mysterious signal coming from an elusive radio station. Her protective older sister’s search leads to an abandoned town, where she not only unravels the mystery of her sister’s disappearance but also of the cursed music behind it…The Tempo of the Damned.

“I’m super excited to see this project come to life. Exodus and comics go hand in hand, and to see the ‘Organist’ come to life in book form and as an action figure? Totally awesome! I’m looking forward to reading Tales Of The Damned!” said Exodus guitarist and bandleader Gary Holt.

“EXODUS’ Tales Of The Damned is our bloody tribute to the Bay Area legends. We’re all about Myths, Monsters, and Metal here at Incendium, so this unholy alliance has been a blast!” added Llexi Leon, CEO of Incendium.

The debut of the comic book series coincides with the release of EXODUS’ new album, Persona Non Grata, which the legendary thrash metal band recorded themselves from home-built studios with the help of Andy Sneap on mixing and mastering and with Steve Lagudi at the helm of engineering. Their groundbreaking eleventh studio album, Persona Non Grata, will be released by EXODUS Records.

Tales Of The Damned is a quarterly anthology series; the first print edition of each issue will be released as a prestige-format limited edition collectible comic book, featuring cardstock covers, specialty foil treatments, glossy pages, and individual numbering.

The first printing of each issue will be limited to 1500 copies at $16.66, and available to order from incendium.online/collections/exodus. The first issue is available to order now and ships on October 31, 2021. The “Organist” action figure is also available to pre-order for $29.95, shipping Q1 2022. 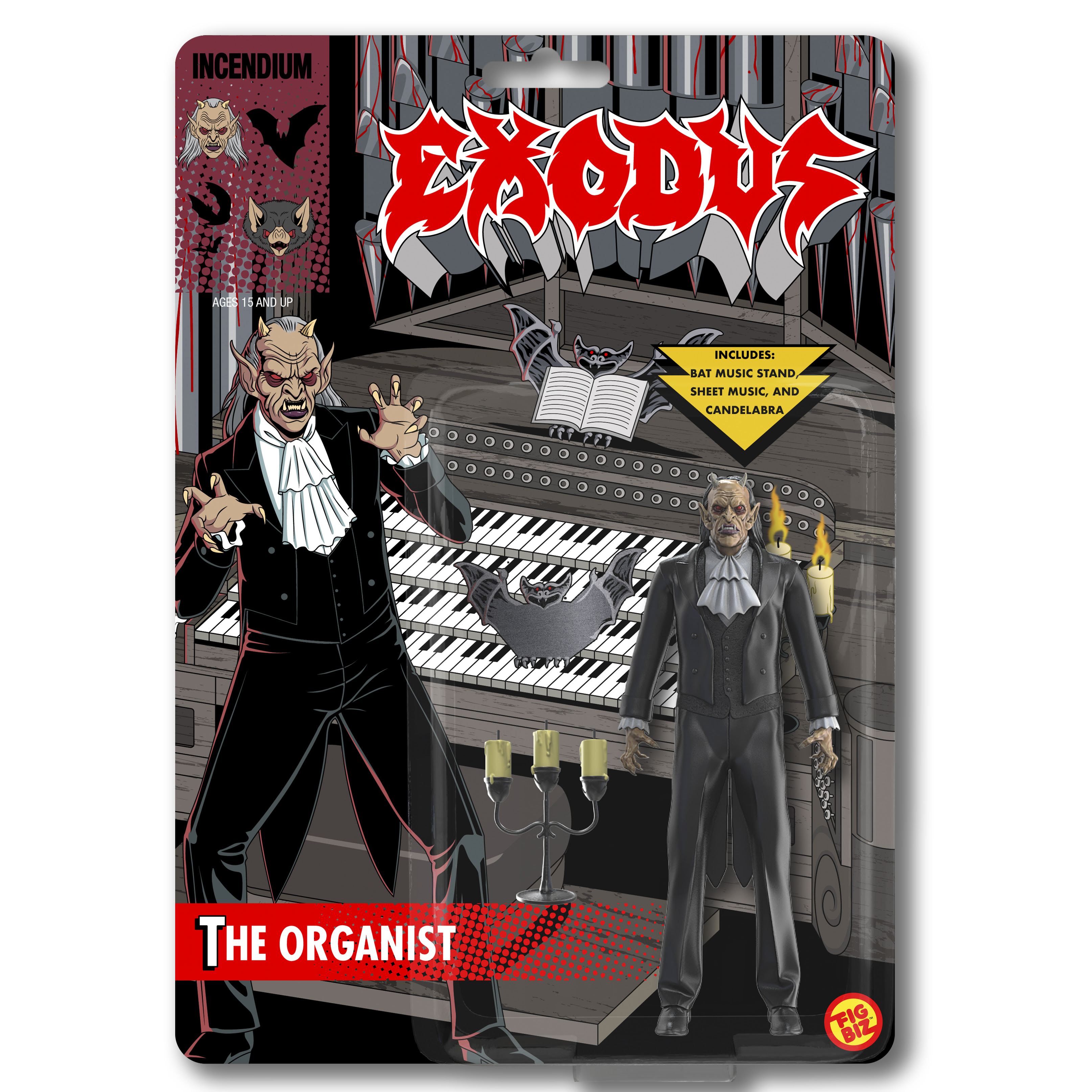 Founded in 2006 Incendium is a multi-faceted production company known for an array of animation, comic books, toys, and video games. Driven by our team’s passion for Myths, Monsters, and Metal the brand embraces the 80s and 90s counterculture with a contemporary twist.