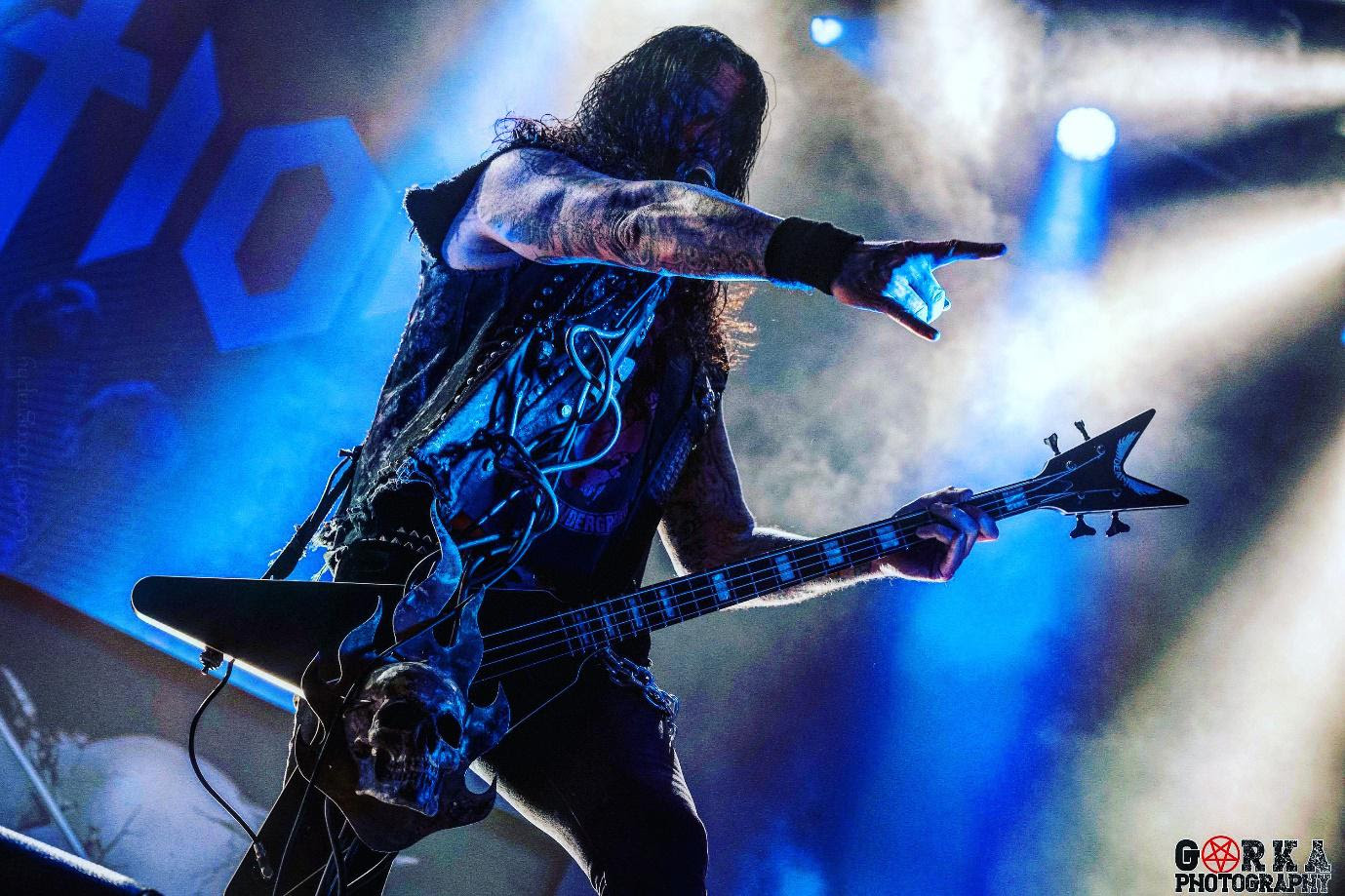 DESTRUCTION brings their unstoppable thrash metal power to your home on Live Attack!

Legendary German thrash metal powerhouse DESTRUCTION is launching an all devastating, neck-breaking Live Attack onto the masses! The new BluRay/CD live event, including some pre- and after-show bonus content, will be released this Friday, August 13 via Napalm Records.

Today, DESTRUCTION strike their listeners with another glimpse of Live Attack, releasing the third single and video for “Death Trap”. Cut from their first full-length, Infernal Overkill (1985), the fabulous foursome implores incredibly honest riffing and rumbling thrash inferno straight to their loyal fans at home!

SCHMIER states:
“This is a true 80s jewel and a fan demand. I still love to play this song live, even after all these years! The great mix of classics and new anthems is the big plus of Live Attack – and of course the playing time of nearly two hours!” 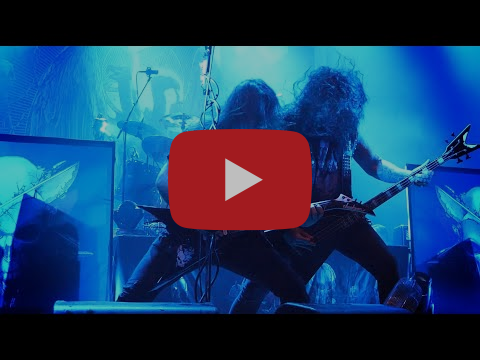 Founded back in 1982 and since their first demo, followed by debut EP, Sentence Of Death (1984) and first full-length, Infernal Overkill (1985), the German foursome DESTRUCTION has turned heads and broken necks with their incredibly honest and uncompromising thrash metal power. Now, 39 years into their unstoppable rampage of a career, DESTRUCTION bring the power of hard-hitting drums, speedy riffs and punishing vocals to the comfort of your home on the new BluRay & 2 Audio CD’s, Live Attack! It follows their latest record, Born To Perish (#26 GER album charts), recalling a nearly two hour live stream attack the heavy steamroller unleashed in January this year.

DESTRUCTION on their first release with Napalm Records:
“This show at our fave club, the Z7 in Switzerland, was a really special one in the middle of this dreadful pandemic! When we recorded it as a live stream on the 1st of January, it gave us hope back and connected us with the fans worldwide! Many supporters demanded to release it in physical form, so we had to make it happen. The setlist reflects four decades of DESTRUCTION with an almost two hour best-of setlist, which includes some really rare live tracks! It was for sure a night to remember… we hope you all enjoy it as much as we did!” 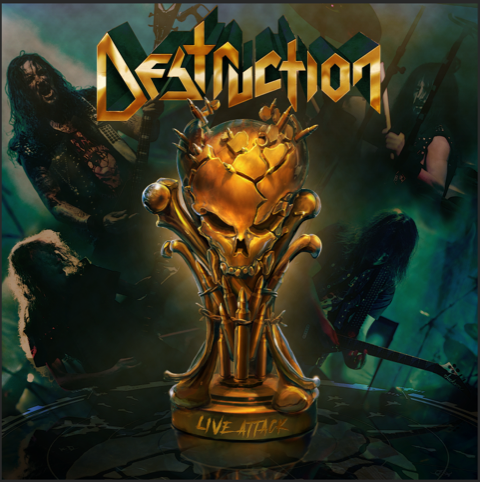 When the music world was forced to shut down venues and cancel tours for an indefinite period of time, DESTRUCTION came through to deliver their outstanding power via live stream to their loyal fans at home – now available for you to enjoy on high-definition BluRay! Witness DESTRUCTION ripping through their live set of 22 songs, including beloved classics like “Mad Butcher”, “Thrash Till Death”, “Born To Perish” and many more! Filmed and recorded at the legendary Z7 venue in Pratteln (Switzerland), DESTRUCTION spare no expense or effort to bring you a live show experience that will make you bang your head like you’re in the front row at the show, getting your ear drums penetrated by rumbling double-bass grooves! The BluRay is filled with exclusive pre- and aftershow insights and behind the scenes footage from DESTRUCTION’s live show – a must-have for fans of true thrash metal!

DESTRUCTION singer/bassist SCHMIER about Live Attack:
“Live Attack originally was our live stream into the new year, a kickstart of hope in those weird times! The fan demand made this BluRay live album possible in the end. It was not planned like this but you got to be flexible these days and we took the demand as an opportunity to make this event really memorable!

It has been two crazy years with this pandemic, so Live Attack was a big positive vibe that helped us through this – thanks to ALL the fans that supported us with this project! No doubt this will be a very special release in our discography when we look back in some years! THRASH TILL DEATH!”