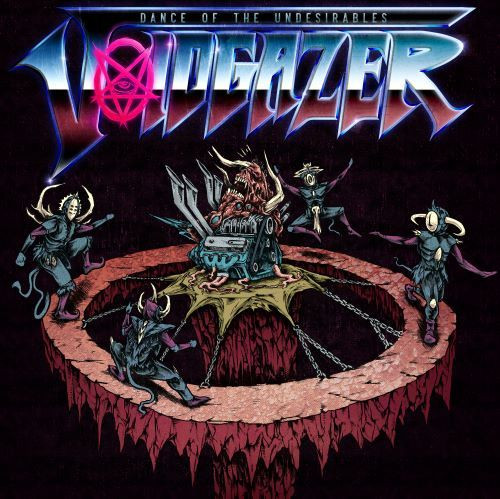 Voidgazer claim to be not for the faint hearted, advising ‘They will live fast and leave a bloated haggard corpse’. This is their second release since their inception in 2015, the first thing being a single and this is a relatively short EP of 5 songs approximately 30 minutes in length. Will the music match their hard living lifestyle? Only time will tell.

‘Jesus Take The Needle’ is the tale of a fallen icon and is a cracking opening track. Their sound is pretty aggressive although the guitar sound is quite clean cut. The riffs are attention-grabbing and when the vocals from Omar Olivares II start I find initially they are a complete contrast to the style of the music. The guitars have an upbeat feel to them yet the vocals are very much the opposite, particularly the shrieking and howls. Maybe I was expecting something different but certainly they provide a sharp contrast to each other and take a little time to get used to.

‘Expectations Management’ opens with brilliant guitar riffs that you can’t help but tap the foot along with until it breaks into to a rip-snorting tune. I can see the crowd clapping along to it before breaking into a massive pit with bloodied noses everywhere. There are most definitely blues overtones in some of the solos which are provided by Austin Rakey and I love his work right the way through the album, varying styles to produce just the right effect at the right time.

‘Dance of the Undesirables’ is the prog number coming in at just over eight and a half minutes. It starts in a frenzy of guitars and drums before focusing in on Omar’s demented growling vocals and another of the upbeat solos before breaking back into the frenetic riffage. Then a shock about half way through, the song changes direction into a weird proggy, bluesy section which is completely different from the rest of the album. A mish-mash is one of describing it but it works and throws a spar into what you might have been expecting from a band who clearly live on the edge. As the song continues it shows what adept musicians these guys are and the whole experience is intense as fuck.

The rest of the album is just like the rest, a combination of black and Death metal riffs which make every song feel very kinetic and I’m sure will be great live. The band have bags of energy and you know there will be plenty of beer involved when you go see them. The one thing I do feel though is that in 6 years they have produced only 8 songs. Perhaps the fast living is taking over the writing of songs. Anyway, we all do need more of their berserking, frantic, beer swilling biker prog. Come back with more material soon guys please before you turn into that bloated haggard corpse. 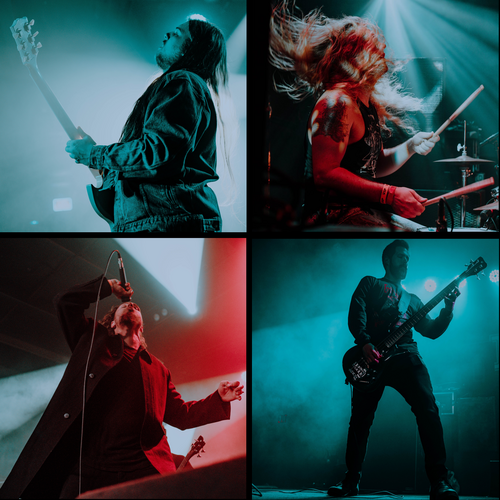