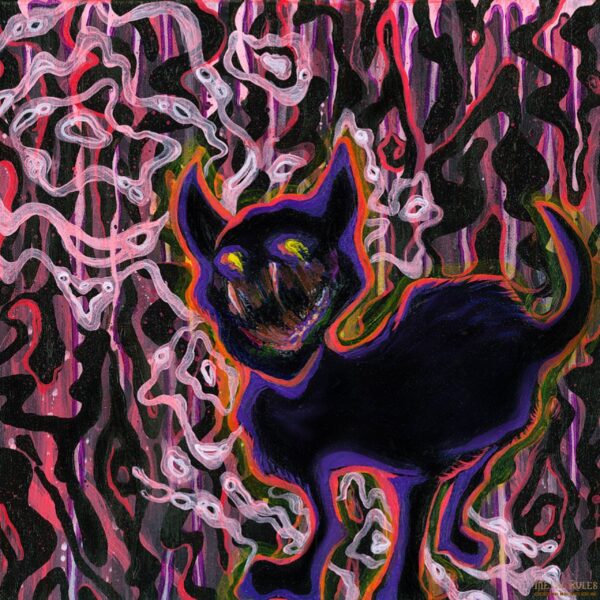 Hailing from Evansville, Indiana come Rat King, a doom metal outfit formed in 2016 by Andrei Stirbu (lead guitar), Kyle Wilcher (drums/lead vocals), Jason Wilcher (rhythm guitar/backing vocals), and Nick Graman (bass). While the young band members are ambitious and draw inspiration from legends like Black Sabbath, Windhand, Conan, Electric Wizard, Sleep, and Kyuss, the road ahead to any sort of likeness to these giants is long, and the learning curve somewhat steep. When you paint parameters of such sizes, be prepared that the task of bringing the art to fruition is no easy feat if you intend to live up to the expectations, and regardless of one’s vision and potential, a body of work requires a true spark of ingenuity to skyrocket to those levels. Unfortunately, such spark is not apparent in Rat King‘s new album, Omen, and frankly, it doesn’t even level at mediocre.

I have to hand it to them – Omen is an experimental manifestation littered with spoken-word samples and creepy, melancholy interludes, it plays like a concept album and has interesting and even compelling musical moments, like the melodic lead guitar licks in ‘Vagrant’, ‘Shackleton’, and ‘Glacier’. We can see where they’re trying to go with this! Their band name fits the mood of that underground b-horror movie vibe they go for in the ‘Nepeta Divinorum’ music video, and the soundscape of this project certainly resembles the freaky, tangled mess a real rat king is. The problem for me is, I think there’s too much trying, and not enough feeling. On top of that, the production is questionable, vocals muddying in the mix and the message of the story unclear in a way that lacks intrigue. Regardless, they went for a mood and stuck to it – I felt as though I were aboard a pirate ship with four rum-drunk & unhinged men headed to god-knows-where, half deluded by seasickness and half by insomnia caused by their delirious outbursts. It’s not that I was bored, just pretty confused as to who was steering the ship and why I was being taken as hostage.

I’m not saying Rat King don’t have purpose to their craft. Maybe they see something in their music that we can’t yet, and perhaps they just need time, proper equipment, and the right producers to steer themselves in the right direction. If we’re lucky, we’ll see the day Rat King navigate the seas of a red morning with formidable vigour, when they’ll plunder the uncharted waters and take no prisoner, becoming the storm instead of succumbing to it. While we wait, I think I’ll put this one to rest in the way-back of my mind, and maybe take a shot of rum before going to bed tonight. Ciao for now, alleyway royalty, ciao for now. 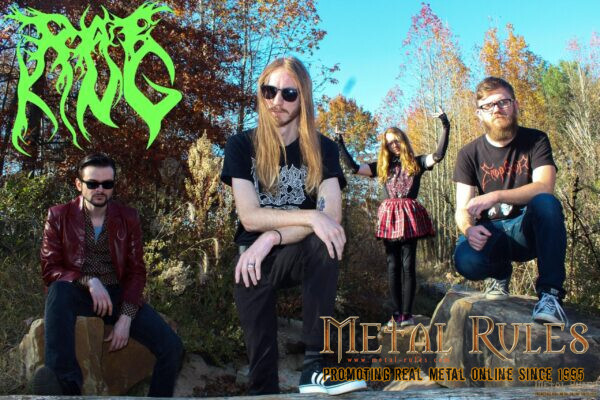