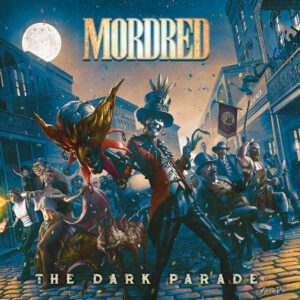 In the mid-’80s, Mordred was tearing up the thrash scene in the San Francisco area. I know; I was in the thick of it. I couldn’t play their SEVER AND SPLICE demo enough at the time. I believe officially; it was titled DEMO 1. They were fast, heavy, and aggressive. I remember seeing them for the first time. I was an instant fan.

1989 saw the debut release by Mordred titled Fool’s Game. At first, it was a shock to the system as it was a commercialized thrash release that did not lean as much on the heavy but grew on me as one of my favorite albums at the time. I played the shit out of that album.

1991 came as an even bigger shock when Mordred introduced DJ Pause into the fold, and the band’s sound shifted towards a funk metal thing. At the time, this was a style that was gaining popularity around the globe, and it seemed that they jumped on the bandwagon. Again, a little slower at the time, but it became an album I got into as it was geared more towards metal than funk. I believe I wore the first cassette copy out and had to buy a second one. After that, for some reason or another, I had stopped following the band and any releases which followed.

That brings us to 2021. After nearly 27 years, Mordred has released a full-length! Now I must say that last year’s EP release. VIOLATION was a little disappointing to me. Or, maybe I just did not give it the time it may have needed to enjoy. This is not the case with THE DARK PARADE. This album surprised me as I was unsure what to expect. Well, it takes me back, somewhere to the early days of the band.

You newbies should be aware that the genre label of “thrash metal” needs to be taken lightly. Their style has been described as such on various sites. While their music is rooted in some thrash, I can not label it as that. It is a lightly funky metal sound with nuances of thrash thrown in. Sometimes a bit heavier than others and sometimes not. There tends to be more straight-up metal than anything. All very well done, I must add. Mordred is a group of highly talented musicians who have always done what they do with precision.
I don’t know. This is one of those that gets a little better with each listen, but it does come off as a good album at first listen. Check it out! It is not as complex as most, yet it is multi-genre rich from start to finish. 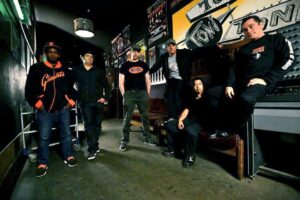 2. Malignancy
3. I Am Charlie
4. Dragging for Bodies
5. The Dark Parade
6. All Eyes on the Prize
7. Dented Lives
8. Smash Goes the Bottle