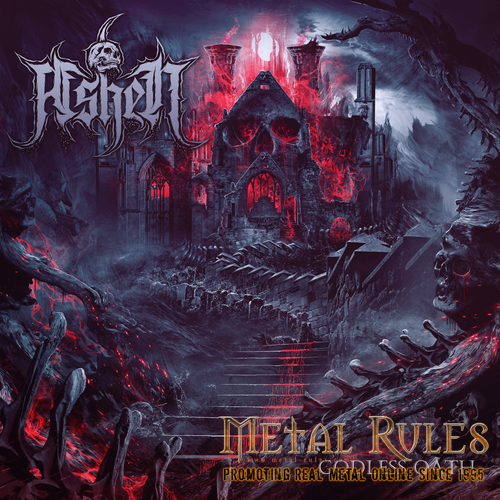 As has been said before, not every band or release needs to break the mould. Sometimes, doing something tried and tested can be great if you just do it well enough. And Aussies Ashen are damn good at what they do.

What they do here is groove-laden death metal, equal parts forceful and crazily catchy. Make no mistake, this is rock-solid death metal, through and through, skull-smashing and gut-churning in its intensity. But at the same time, my gods this is catchy stuff, filled with grooves and headbanging rhythms that demand you join in. Think much along the same lines as Skeletal Remains.

At five songs long and with none especially long, Ashen never outstay their welcome. They get in, cause some carnage and move on in good order. “Godless Oath” and “Inferno” are insanely infectious and satisfying, full of stomps and snarls. “Mass Cremation” takes a slower but no less enjoyable approach, just stomping along in a way that’s sure to leave more than a few sore necks behind, while “Asphyxiant” shows the band capable of bringing in some melodeath hints amid the slaughter.

Ultimately, there’s only so much words on a page can do here. Godless Oath might not be breaking new ground in terms of technicality or thought-provoking content, but it doesn’t need to, it’s just a great fucking time. Check out some of the sample songs below, and if it doesn’t get your head banging and your throat sore, then you might already be as dead as Ashen want to leave you all. 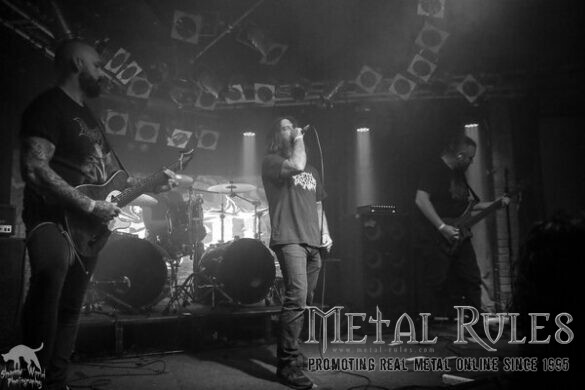