“And nothing do they know!”

German metal visionaries LORD OF THE LOST set free another visually stunning piece of art with the impressive music video for their third single “The Gospel Of Judas”, cut from their brand new double album JUDAS, to be unveiled this Friday!

After releasing the first single “Priest”, followed by sophomore “For They Know Not What They Do” (with nearly a combined 900k views on YouTube), the German frontrunners prove their exceptional standing as free spirits and artists once more, far away from any sort of genre boundaries and musical fetters. The new music video for “The Gospel Of Judas” serves as a strong statement against discrimination and oppression of any kind, further illustrating the unit’s outspoken support of the LGBTQIA+ community, and related hypocrisies in society and religion.

Together, all songs on LORD OF THE LOST’s “Magnum Opus” (La Heavy Magazine), JUDAS, form a grand narrative of black and white, good and evil, and loud and quiet, that represent the band’s most innovative and mature record to date!

Pi Stoffers on the video for “The Gospel Of Judas”:
“The biblical figure “Judas Iskarioth” is considered in the conventional narrative of the Bible not only as a traitor, but above all as “the outcast”. Our song “The Gospel Of Judas” is primarily about this designation, but in a social sense rather than a biblical one. While we like to boast about being tolerant, open-minded and individual, it is mainly these people who live out their individual way of loving, believing and looking, who are outcast by society.

Why? Because there is no way to assign these people to a pigeonhole, which people desperately seek in order not to feel disoriented themselves, or to have to question them. However, we would like to question whether it is important at all to be able to categorize people, let alone oneself. The real strength lies in our diversity and individuality. We have recognized that for ourselves as a band. And with “The Gospel Of Judas” we want to remind everyone that one’s own limits only begin where one gives up one’s individuality.”

On their new offering JUDAS, LORD OF THE LOST draw the listener into a conflict that has lasted for thousands of centuries and is as old as mankind itself: The conflict between good and evil. On JUDAS, LORD OF THE LOST tell of this conflict from the perception of the character of Judas Iskarioth, known as highly diverse, and the so-called Gospel of Judas, a paper that’s said to consist of conversations between Jesus Christ and Judas Iskarioth and casts a different light on religious history as it’s told in the Bible’s New Testament.

LORD OF THE LOST on JUDAS:
“Don’t judge a book by its cover. This sentence could hardly apply any better to someone in theological history than to the figure of Judas Iskarioth, who represents only one thing at first glance: Betrayal. If you take a closer look, almost endless possibilities of interpretation open up here: from “Judas the murderer” to “Judas the redeemer” and “Judas the actual martyr”, who, if you believe in it, could only find room in hell for his salvific betrayal after dying for what he did, in complete contrast to Jesus Christ. This field of tension and the apocryphal writings of the “Gospel of Judas” are the basis for a double album that not only illuminates the dark and light side of history, but above all the grey areas in between, in which we move emotionally and ideologically throughout our lives and try to find our place.” 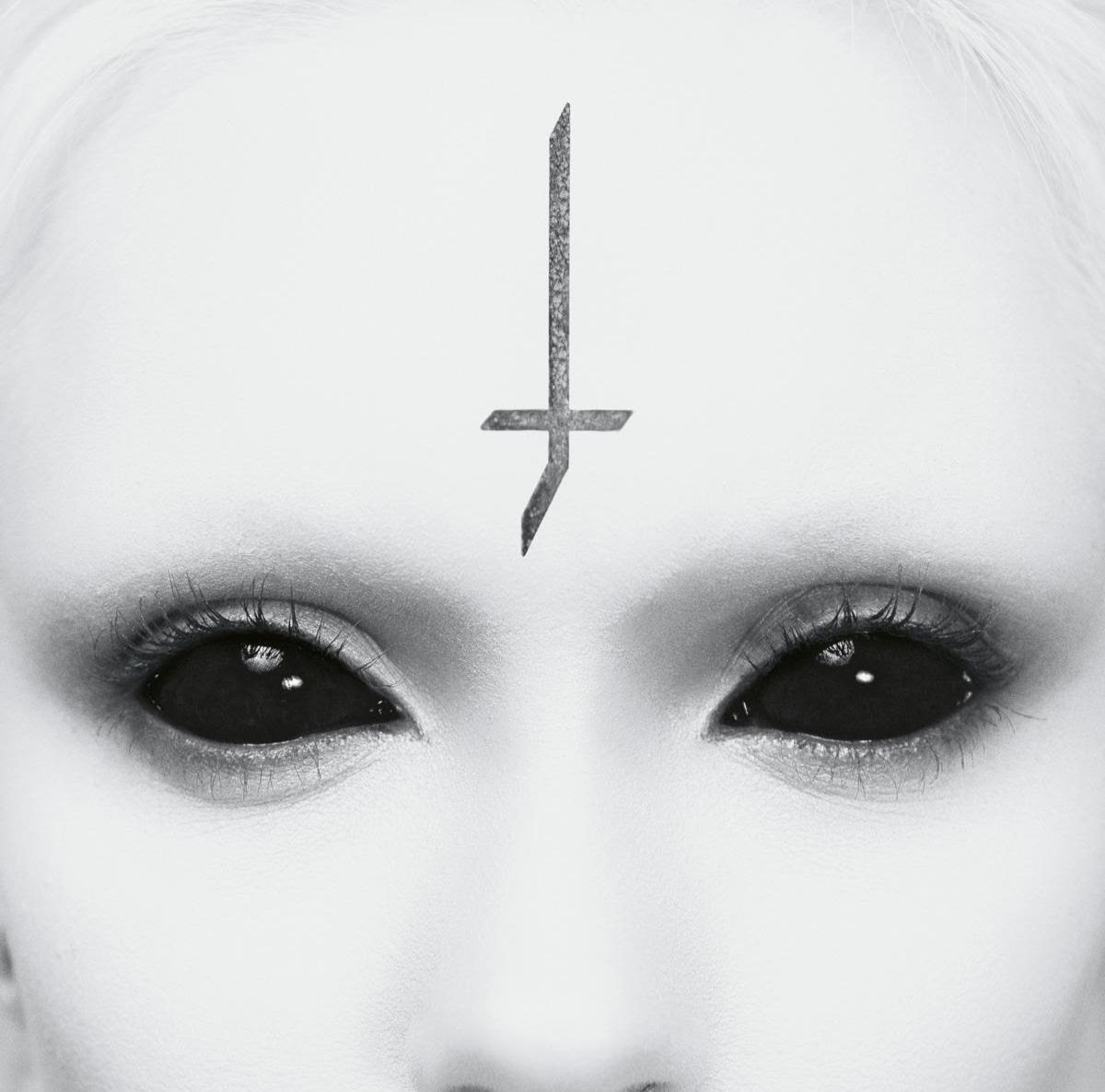 La Heavy, Spain
“The German masters of gothic metal offer us a new magnum opus that will definitely establish them as a force to be reckoned with in the international rock scene”

Metallian, France
“JUDAS is undeniably their most accomplished work to date… The album of the summer?“

Fireworks, UK
“Dark and dramatic, JUDAS could very well go on to set the gold standard for like-minded bands for years to come.”

Metal Hammer, Germany
“An ambitious large-scale project with strong moments. LORD OF THE LOST have created their own musical niche.”

Classic Rock, Germany
“The biblical Judas would surely have had his heavenly joy with JUDAS”

Hardline, Germany
“It’s not only the most comprehensive work in the band’s history, but also the most perfect album mastermind/vocalist Chris Harms and his colleagues have ever released.”

Metal.de, Germany
“LORD OF THE LOST continue to show their headlining potential on their seventh album.”

JUDAS sets off with atmospheric “Priest”, followed by “For They Know Not What They Do”, making clear right from the beginning that all the songs can be experienced the most organic and vivid way: A genuine, unique choir accompanies singer Chris Harms, whose multi-dimensional voice delivers the haunting lyrics straight into the listener’s mind more strongly than ever. Songs like “Your Star Has Led You Astray” or “Born With a Broken Heart” easily manage to keep the balance between harsh vocals, the distorted sound of fuzz guitars and an overall dark atmosphere that LORD OF THE LOST is known for, whilst “Death Is Just a Kiss Away”, “My Constellation” and closing “Work of Salvation”, for example, put grand piano tunes, authentic strings and the sound of a massive organ recorded in a church in the most suitable focus.

JUDAS marks the successor of chart-breaking Thornstar (2018, #6 GER), and again breathes the innovative spirit of five musicians who are far away from setting boundaries into their very own unique art. LORD OF THE LOST has never been that type of creative force that’s pinned to any specific genre and has succeeded in surprising fans and critics with their nonconformism repeatedly over the years. With their new album, JUDAS, LORD OF THE LOST manage to thematically blur the lines between good and evil and put the so called “salvific treason” into a harmonious soundscape unlike ever heard before – truly an magnum opus!

Re-watch the videos for “Priest” and “For They Know Not What They Do” HERE: 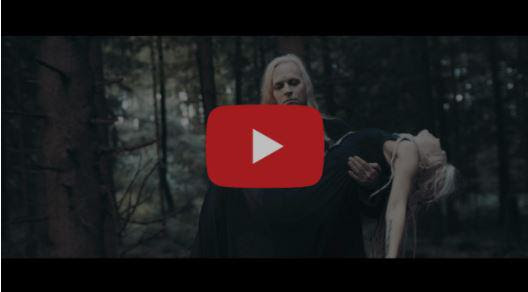 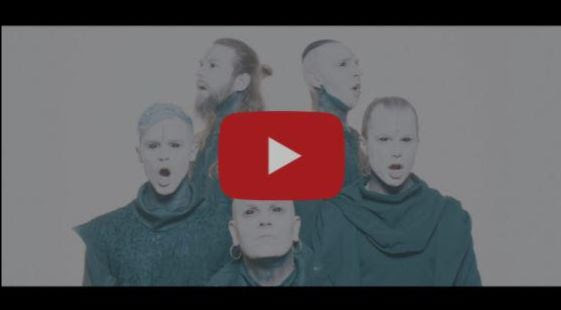 „For They Know Not What They Do” 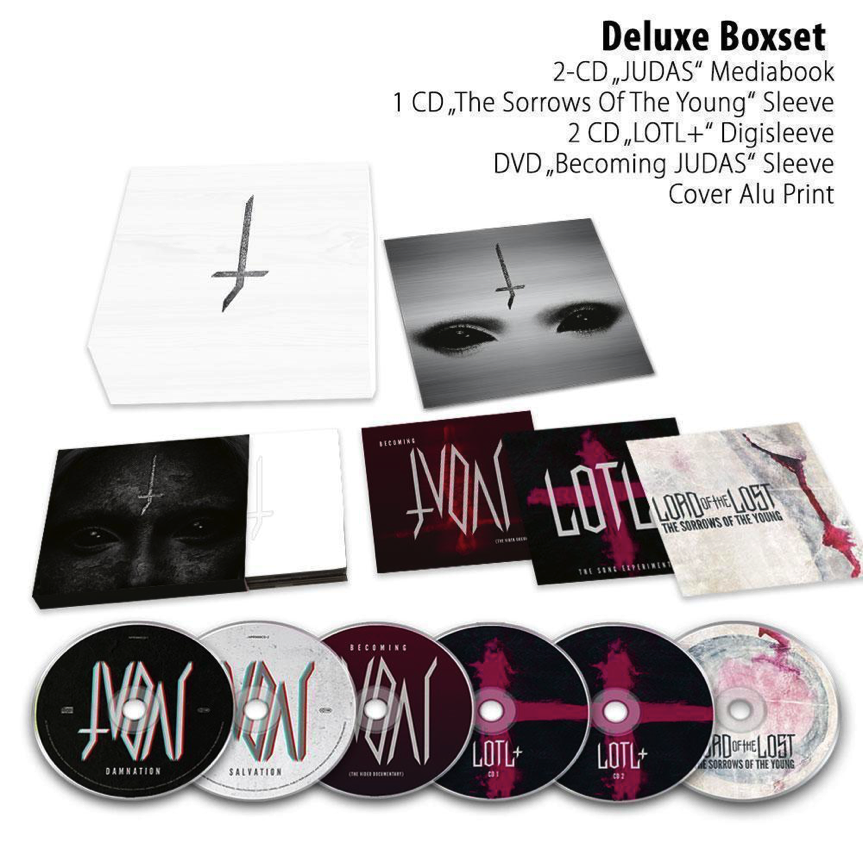 In addition to the 2-CD JUDAS Mediabook and a cover alu print, the strictly limited deluxe box includes the special CD, The Sorrows Of The Young, double extra CD LOTL+, as well as the six part behind the scenes documentary bonus DVD, Becoming JUDAS. The Sorrows Of The Young features ten unreleased songs, written by Chris Harms at the age of 18, that have now been re-recorded, whereas LOTL+ showcases 32 completely different interpretations in terms of vocals and lyrics on the original song “Viva Vendetta”, written and performed by artists like Megaherz, Equilibrium, Lacrimosa, Subway To Sally, Nachtblut, Unzucht and many more.

The Sorrows Of The Young Track listing:
1. Catharsis
2. Syringes in the Sand
3. Deus Absconditus
4. Die Without Your Love
5. This Piece of Art
6. The Last Saviour
7. All I Am Is The Void
8. Obscularum Infame
9. Infinity
10. Supernova