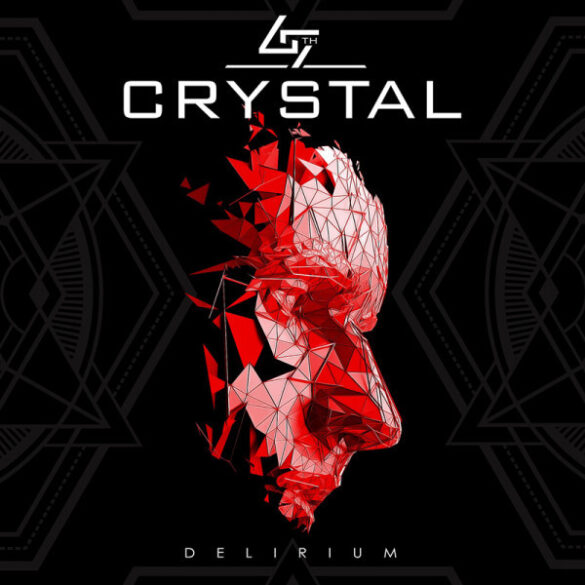 It’s always nice to sit down with a debut release from a brand-new band.  Within the first few seconds of pressing play, you can usually tell whether or not the group has what it takes to make a lasting impression.  When Seventh Crystal’s debut, DELIRIUM hit my inbox, I had absolutely no preconceived notions about the band and their music. After listening to the lead off track, “Say What You Need To Say”, I can tell you that these fellows from Sweden are definitely hungry and ready to begin what appears to be a very promising career!

DELIRIUM is a pure melodic rock album through and through.  It is never “heavy” but does, on occasion, reach “hard rock” levels.  Their music could best be described as Survivor meets Nelson meets One Desire.  The vocals are effortlessly delivered by Kristian Fyrh.  His voice suits this type of music perfectly.  The guitars, provided by Emile Dornerus, are crisp and overdriven and never muddy or overpowering.  The album is very keyboard heavy and Johan Alvsang shines throughout, creating and maintaining the melodic backbones of each tune.    Rounding out the supporting cast on bass and drums are Olof Gadd and Anton Roos, respectively.  They are equally impressive.  As you would expect for this style of music, the mix and production are sparkling clean, and the album sounds fantastic.

As I stated earlier, with DELIRIUM, Seventh Crystal have proven that they definitely have what it takes to make a splash in this genre.  The eleven tunes presented to us are solid, hook filled AOR.  While the ballads are by no means bad, the band really shines on the more rocking tunes such as “Say What You need To Say”, “Whenever We Were Young”, “Delirium” and “So Beautiful”.  If you are looking for something on the lighter side, give these guys a chance.  They deliver their brand of melodic rock with pride and conviction!