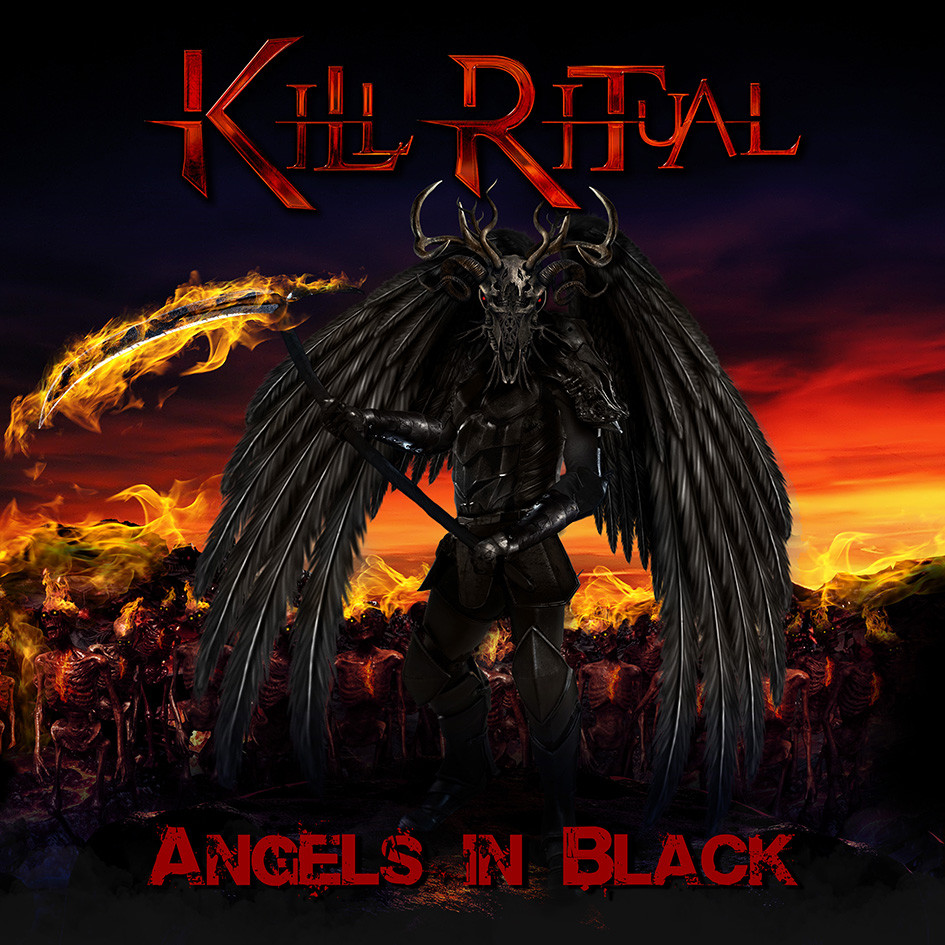 SF Bay Area based metal band Kill Ritual release their new single “Angels In Black” off their upcoming E.P. “Thy Will Be Done” scheduled to be released late summer ’21. The track sees the band kicking classic metal ass with an old school ripping punch in the face from the first few notes. Guitarist Steven Rice comments, “This is the last song I wrote for the EP before we started the final recordings in Coeur d’Alene ID last year. I had a pretty good feeling it would be the EP opener and a great song for the band with an immediate chorus hook and a great classic thrash metal feel. The song is about the fans being the Angels In Black since it’s the preferred clothing color of choice as we all know. And hey I wasn’t wrong! Even Andy La Rocque banged his head a little bit to it! HA!”

Kill Ritual released their last CD “The Opaque And The Divine” in March 2020. The band has toured with Raven, Iced Earth, Sanctuary and Hirax in both North America and Europe.

KILL RITUAL-THY WILL BE DONE

Light The Fire (Tonight We Fly)

Thy Will Be Done

The Opaque Is Divine