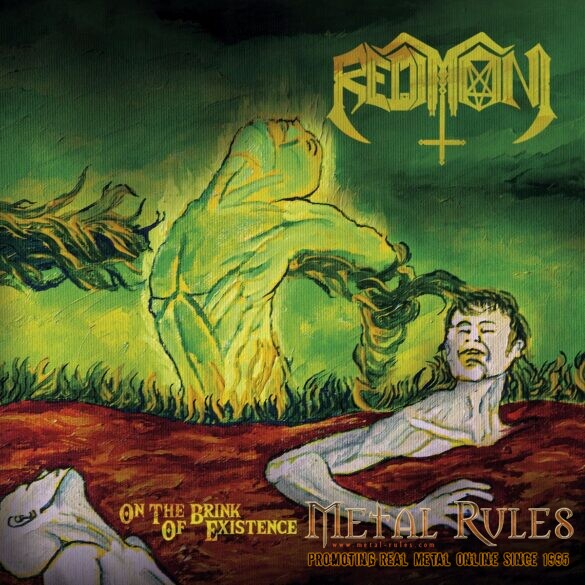 Redimoni have been around for a nearly 20 years, though I’ve never heard of them. Seemingly they split from their previous label in 2014 and this is the first thing they have done since then. They have the best names of any band I’ve come across. For example, the ‘The Thundering Drum Basher Summoner of Eternal Legions of Chaos’, ‘The Mighty Apocalyptic Hermit Foreteller of Doom’ and ‘Fiendish Warrior 666 Wicked Executioner Bringer of Mayhem’ to name 3 of the 5 members. Sadly this is where the good stuff ends.

‘As the Soul Leaves the Body’ starts the EP, sadly mine does as well as the production has got 80’s thrash all over it but to compound the issue, it sounds like the equipment used to record it was from then as well. I don’t think 80’s thrash is a bad thing, in fact I love the ‘Big 4’ and other thrash bands from that time, but that was then, this is now. The whole thing feels very amateurish at best, including the album cover. I don’t want to diss someone’s efforts, but if you want to attract people to the band, you got to have something that will grab them. This would have them reaching for a blindfold.

Next up is ‘Death Shall Come To Us All’, which makes me feel like ripping out my own lungs. The vocals on this track are like a yapping Chihuahua and just grind on the ears. You would also expect a band to sound fairly tight on a recorded album. But again this is not the case here as everything feels like it has been recorded in one take.

‘Der Tag Der Rache’ (The Day of Vengeance) follows next and I wish there was no need for their vengeance. Whoever upset this band in the first place should rapidly forgive them soon as I’m not sure I can take any more of them. The next song ‘Ancient Burial Secrets’ should have been left deep underground although for parts of the song the screeching singing stops and the hellish cleric actually sings in a much lower key. This improves the experience but only too briefly as the Chihuahua returns from doing its business.

Finally and thankfully ‘Axes’ closes the EP. The initial lyric is ‘Axes Bloody Axes’ and to honest I can only agree as it makes me frustrated as this style of thrash has been done so many times better by a lot of of other bands. By the end of ‘Axes’ I’ve buried the hatchet and decided that I won’t revisit any of their earlier material and move onto something that feels a lot more polished.

It is clear why I haven’t heard of this band before but I won’t tread on ground already covered. The EP is entitled ‘On The Brink Of Existence’ and I think this was to reflect way society is and human’s future on this planet; however there could be a certain irony in the title as it could be band that could be nearing its own extinction. If they continue on this route I don’t foresee nothing but the harbingers of doom for them. Harsh…but fair. 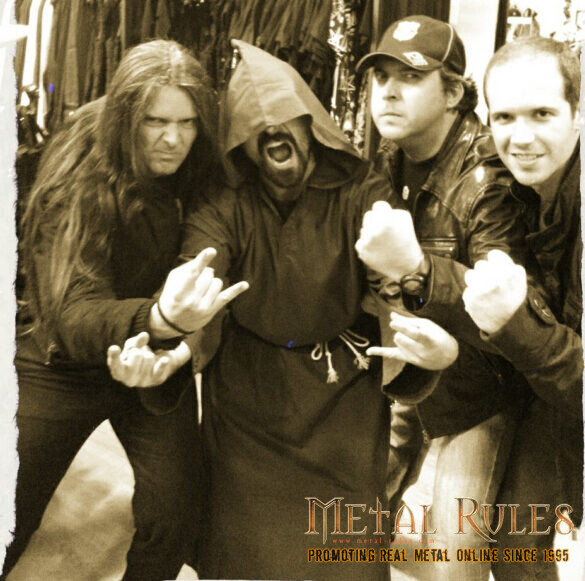 1. As The Soul Leaves The Body
2. Death Shall Come To Us All
3. Der Tag Der Rache
4. Ancient Burial Secrets
5. Axes