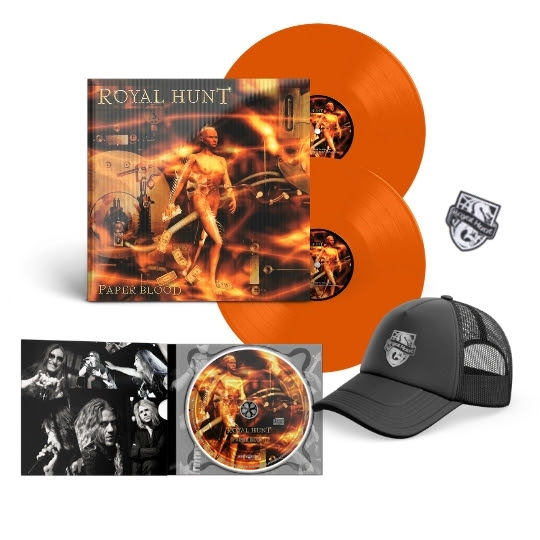 ROYAL HUNT announced a re-issued version of their 2005 studio album “Paper Blood” as a double LP and a newly designed digipak. Both are collector’s and limited editions which include bonus tracks as well as extended booklets – can be pre-ordered at royalhunt.com/store

“Hey all! It´s finally summer: the sun is shining, ice cubes becoming a necessity, drinks are getting larger and even (some of) the musical entertainment is slowly but surely coming back… so let us add a little bit to all that goodness: Paper Blood ” is getting a re-release treatment. Yep, that´s right, you can go to our webshop and check it out for yourself – see, summer just got a tiny little bit more exciting!” 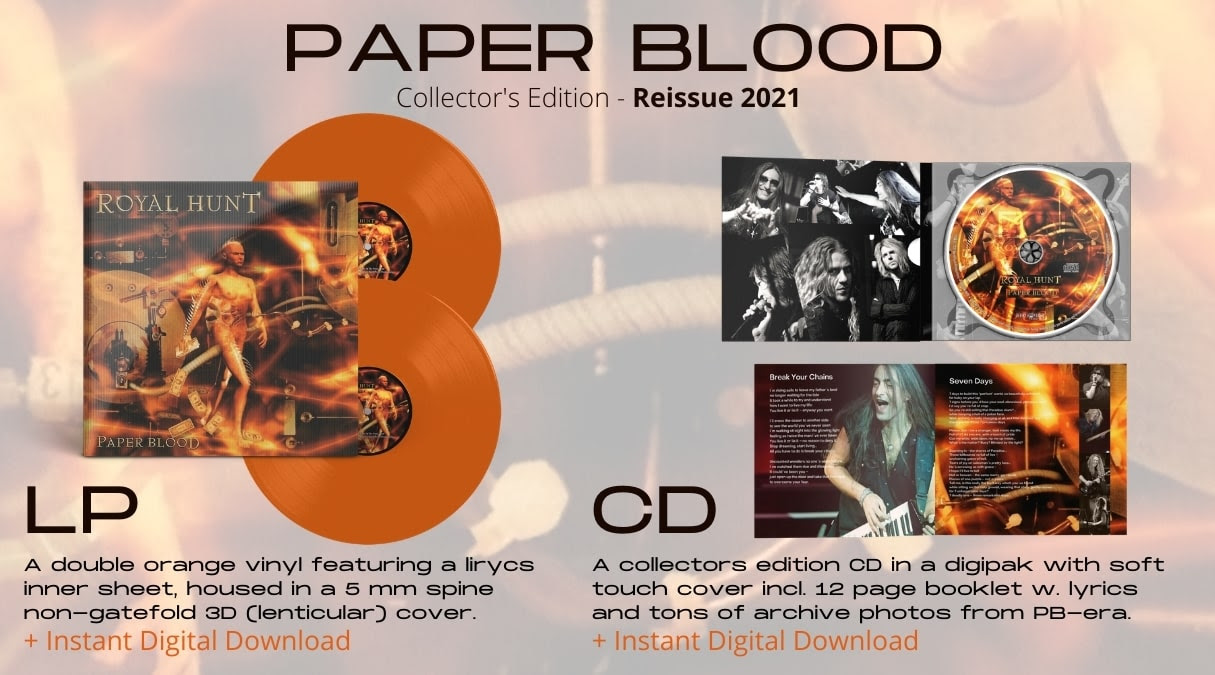 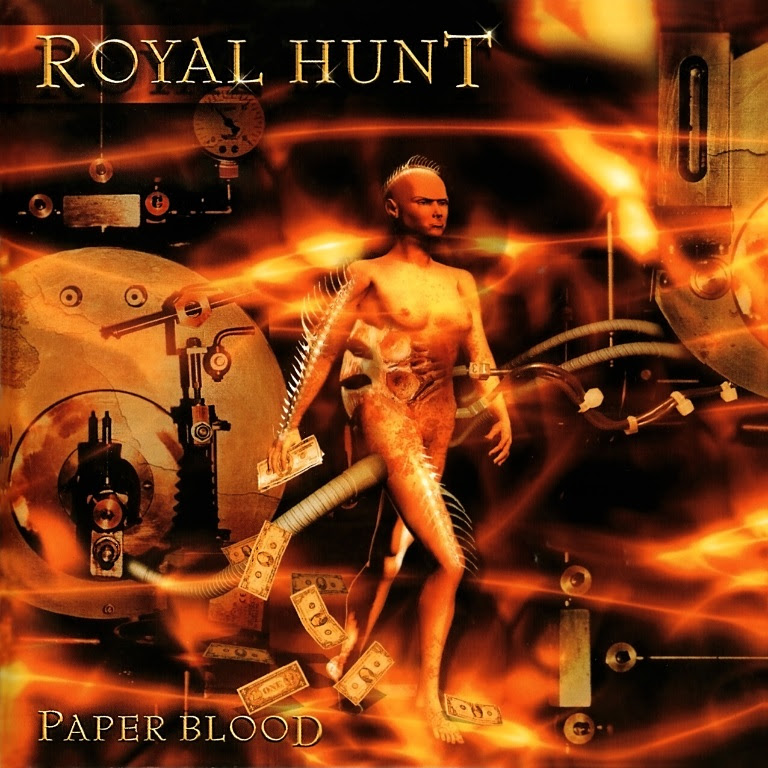 Get on LP / CD royalhunt.com/store

“RH burst out with Paper Blood in 2005- a furiously melodic gem which playfully danced among 80s hard rock, prog metal, and power metal. John West charges through these tracks with an arena-ready voice of the gods and he’s the main reason why there’s an 80s flavor to this, aside from the guitar crunch and attitude. His voice isn’t quite as operatic as most power metal singers and isn’t as clean as most prog metal singers. Instead, he sounds more like a huskier Bon Jovi or any number of AOR vocalists, which isn’t a bad thing. Get it out of your head right now that that’s a bad thing.

Throughout the entire album the keyboards buzz right through your body, severing bone and muscle in the most pleasurable way possible. They’re not brutal, but the tone used is so heavy and astral that it makes you think twice about pissing on them as leading instruments. If you’re going to listen to music like this, you should expect to hear keyboards and like them in healthy quantities. The good thing is that this album loves them, but they’re not flowery and there’s a solid riff base supporting all this. I dare you to sit through any of the three instrumentals without going through the rest of your life with a brain of fried mush.

Lyrically, Paper Blood is about money and how it practically runs through all of our veins, capillaries, and arteries, figuratively speaking. It took me a while to figure out what the hell paper blood is, but when it dawned on me it was marvelous. The social consciousness prog is known for is well on display here, rest assured. Songs such as “Break Your Chains”(which was nominated for a best metal song on a list a couple years ago) and “Never Give Up” also deliver powerful messages of self-actualization and self-empowerment. We sure need that nowadays.