Greece’s prog power Illusory are sharing their new music video for the heroic rhapsody “Ashes To Dust” in support of their third album “Crimson Wreath” released on May 21st via Rockshots Records. Illustrious actor/director Grigoris Valtinos is the leading man in the story, which exemplifies the essence of a fable across a path walked by the bravest and honored by the scholars of the world. This short film is about an epic manifesto, a darkening day to come and everlasting hope.

“Achilles! The greatest hero in Homer’s Iliad. A human war machine in the flesh. He was the inspiration for this specific song and this is the first time we actually pass the borders of Epic Metal. So much power engaged with melody as it was meant to be. Warriors shouts, battle vibes, seismic rhythm section, twin guitars, screaming high melody notes… and finally a glorious shivering narration from Mr. Grigoris Valtinos, a world-renowned famous Greek theatrical actor and director. It was such a huge honour to have him on board.” adds the band.

The music video for “Ashes To Dust” can be viewed on Rockshots Records YouTube channel – youtu.be/coSvxOzuCQA

Having opened for such legendary acts Blue Oyster Cult, Warrel Dane, Geoff Tate, and Gus G, Illusory‘s new album “Crimson Wreath” is the next step in their widely praised evolution to follow 2016’s Polysllabic (7hard/7us) and 2013’s “The Ivory Tower” (The Leaders Records).

Melodic, riffy, cerebral, and complex “Crimson Wreath” is a very emotional and melodic release, yet heavy and strong at the same time. Both new fans and ones who have been listening to the band for years will indulge themselves in this latest offering of classic, progressive, epic, and thrashy performances. Lyrical themes found on “Crimson Wreath” are mostly anti-war, but the full length also includes a thematic unit consisting of three songs that deal with human loss.

“The band is thrilled! When we look back, from the first minute to the last one, from the moment we pressed record on the very first drum takes to the album wrap-up, we can’t stop thinking about all the things we set and done during those long hours of arranging every little album detail. “Crimson Wreath” has become a member of our discography and our most recent brainchild. And we are totally proud of it!” 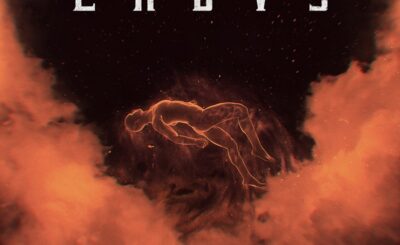 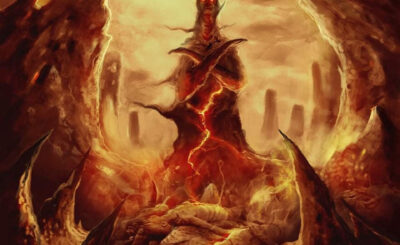