Always striving to gather a relevant and talented group of names in it’s catalog, Mighty Music is extremely proud to announce the enlistment of E-FORCE, the band led by ex-Voivod vocalist/bassist Eric Forrest, into its ranks. The first release under this partnership will be E-Force’s fifth studio album, “Mindbender”, to be released on November 19th, 2021.

Forrest comments: “Very proud to announce the fact that the new E-Force “Mindbender” release will be a collaboration/cooperation with Mighty Music. This shit is going to kill you! Impulsive E-Force trademarks, with a side-order of Voivod! This dosage of mayhem is going to fuck you up! Not to mention, a hidden treasure… “Insect 2021”! Beware…“. 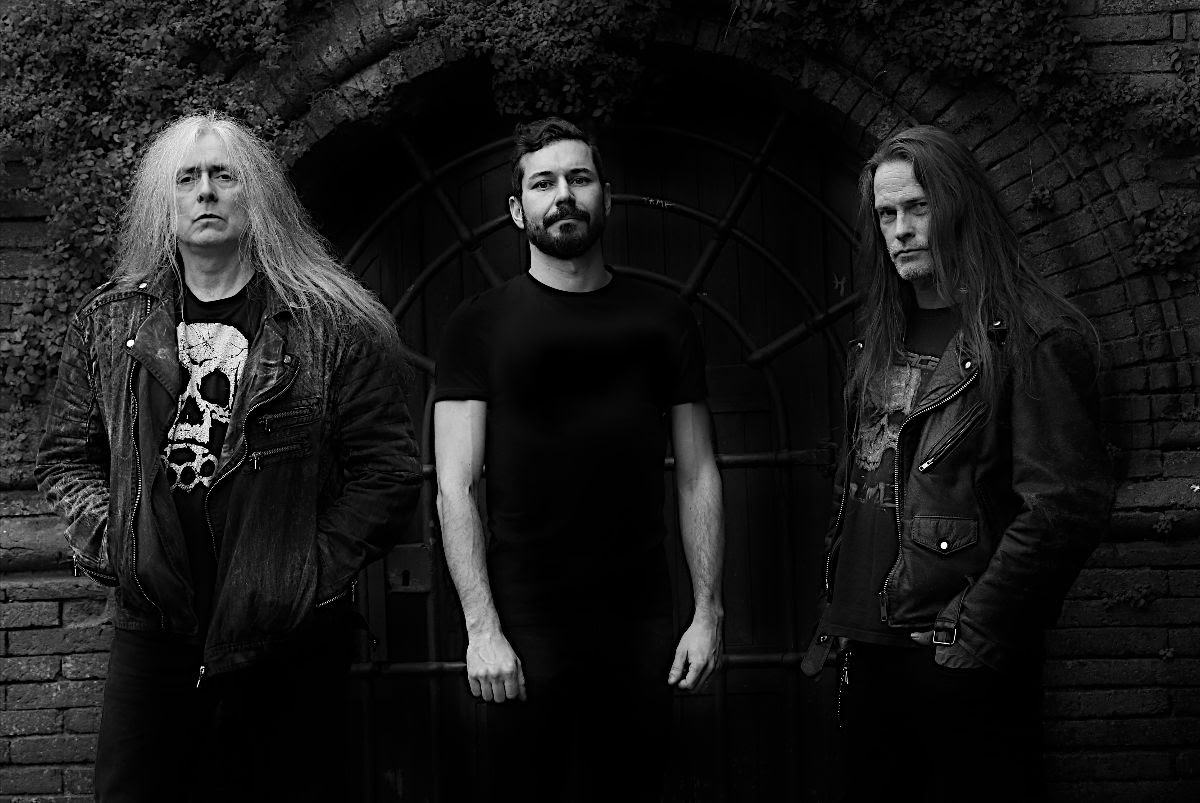 E-Force was formed in Montreal, Canada in 2001 by vocalist/bassist, Eric Forrest, upon his departure from the legendary Canadian cyber metallers Voivod. In all Eric appeared on two studio masterpieces, “Negatron” and “Phobos”, on the live album, “Voivod Lives” and on the compilation: “Kronik”. When leaving Voivod, Forrest used his nickname, “E-Force”, as the name for his new band.

Labeled monsters of thrash, Eric Forrest’s wide array of musical influences and vocal capabilities set E-Force apart from the pack and ensure that this band is very original. E-Force released their debut album “Evil Forces” to widespread critical acclaim in 2003. Soon after Forrest relocated to France, resulting in a line-up change.

In 2008, E-Force released their follow-up, “Modified Poison”. The album further expanded the intensity of the band, impressing both fans and critics alike.

In 2014 the band released their third album “The Curse”, on Mausoleum Records. “Curse” was a concept album based on a collection of songs describing the power and temptation of, and obsession with the female race.

The fourth album was released in 2015 on Mausoleum Records: “Demonikhol”, lyrically another concept album with alcohol as the subject matter, illustrating the ravages and destruction of all kinds it is capable of causing. Musically E-Force has become an intense and shatteringly percussive killing machine, driven by battering ram guitars, supporting Eric’s primal screaming vocal assault.

In 2017, to celebrate the anniversary of Voivod’s legendary album “Phobos”, Forrest led a European tour performing songs from “Negatron” and “Phobos” albums by Voivod. The band assembled for that tour was operating under the name “E-Force Performing Voivod”. In 2018 the tour achieved by participating to the “Brutal Assault” festival (Czech Republic).

Throughout the band’s 20 years career (performing in 20 countries, 250+ shows and several festival appearances) as well as some guests on different E-Force albums (Glen Drover, Kristian Niemann, to name a few), Eric will now return with the opus “Mindbender”, released in 2021 on Mighty Music records and involving the “E-Force Performing Voivod” line-up: Patrick Friedrich on drums and Sébastien Chiffot on guitars. “Mindbender” will still be in the catchy vein characterizing the E-Force style, but will also add slower tempos parts and particular ambiences, making the connection with Eric’s venture as a cult member of Voivod.