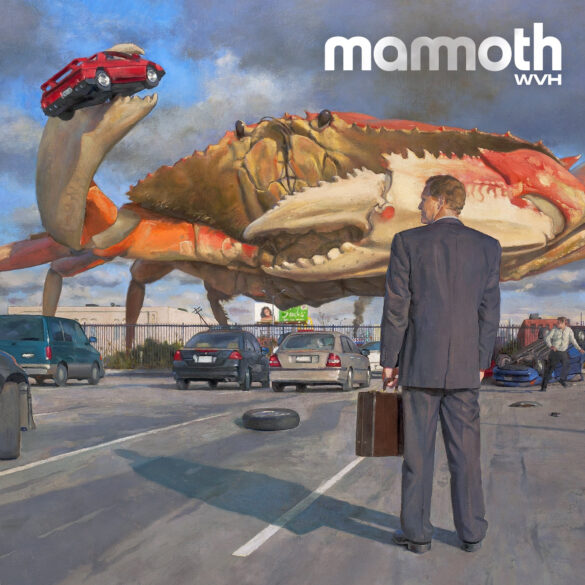 The day has finally come as the self-titled debut by Mammoth WVH is now available worldwide via EX1 Records/ Explorer1 Music Group. The record – from its creative mastermind Wolfgang Van Halen – showcases the incredible musicianship and songwriting of Wolfgang as he plays every instrument and sings every vocal on the record. Fans have been able to experience the direction of the album through the six previously released tracks: “Distance,” “You’re To Blame,” “Don’t Back Down,” “Think It Over,” “Feel” and “Mammoth.“ The band just released a live video of the current Top 15 Rock single “Don’t Back Down” that showcases the live band Wolfgang has assembled to bring the debut album to life. Supporting Wolfgang – who will handle guitar and vocals live – is guitarists Frank Sidoris and Jon Jourdan, bassist Ronnie Ficarro and drummer Garrett Whitlock. Mammoth WVH is now available via all physical and digital retailers or via the band’s online store here: found.ee/MammothWVH.

As touring around the globe is recovering, it was recently announced that Mammoth WVH will be making their live concert debut opening for the North American leg of Guns N’ Roses on the We’re F’n Back Tour. The tour kicks off July 31st in Hershey, PA and will run through October 3rd where it ends in Hollywood, FL. Mammoth WVH will also be making select touring appearances in Texas, Minnesota, Kentucky, and California with tickets for all shows now available. All touring info can be found at: https://www.mammothwvh.com.

Writing all the songs and performing all the instrumentation and vocals for the debut album, Wolfgang Van Halen set out to establish his own musical identity. From the rocking opening guitar riff on album opener “Mr. Ed” to the driving bass and drums on album closer “Stone,” Mammoth WVH showcases the various musical influences that have inspired Wolfgang. Songs like “Resolve,” “The Big Picture” and “Think It Over” are all sonically different from each other but unique to what Mammoth WVHis. Mammoth WVH made their television performance debuts of the first single “Distance” last month as an electric performance on Jimmy Kimmel Live! and an exclusive acoustic arrangement on NBC News TODAY.

It was also recently announced that Wolfgang Van Halen would host his own radio show for SiriusXM’s Classic Rewind (Channel 25). Wolfgang Van Halen’s Top Of The Pack is a monthly salute to Classic Rock’s biggest and best. Wolf will play and talk about his most-admired Classic Rock songs, album and artists, often presented thematically.

“I am so excited to have the opportunity to host my own radio show on Classic Rewind (Channel 25) for SiriusXM. The Top Of The Pack is something that I want to be fun for the listener. It gives me an opportunity to share some classic rock favorites that we all love as well as some unexpected surprises and even a few personal favorites from all eras. It is a huge honor to have this time to share with the listeners and I hope they enjoy it as much as I do.”