Life on the road isn’t all glamour and rock’n’roll excess and MOTÖRHEAD’s punishing tour schedule in 1981 took them all over the globe as they rode high on the success of Ace Of Spades. One integral part of the daily grind on the road is the sound check, although very little of it is ever seen or documented in the public domain. Fortunately during the Short Sharp Pain In The Neck tour of March 1981, MOTÖRHEAD had a mobile recording studio in tow as they recorded their thunderous, number 1 live album, No Sleep ‘Til Hammersmith now celebrating its 40th year. This rare recording of them performing “Stay Clean” as they warmed up for the night at Newcastle on March 30 is accompanied by a video containing behind the scenes montages of the backbone of the MOTÖRHEAD live show; the legendary road crew! 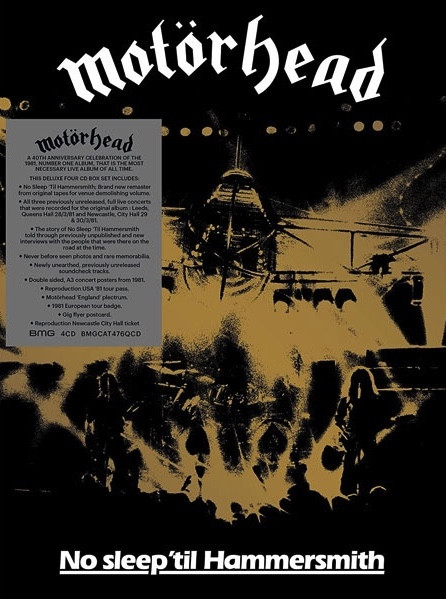