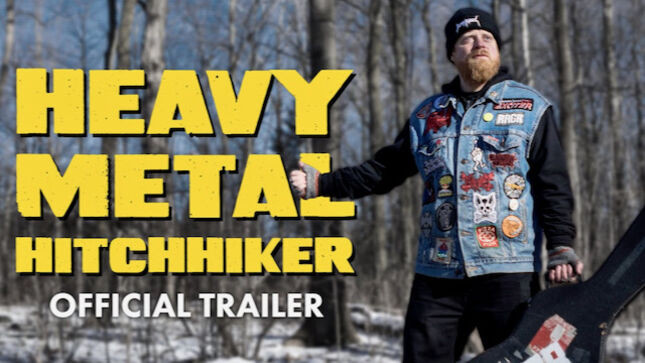 Heavy Metal Hitchhiker is an action-packed comedy series on YouTube that follows a day in the life of Mitch, a heavy metal-loving gas station attendant who stumbles upon an abandoned guitar that belongs to his favorite band RÄGR. In a moment of happenstance, Mitch realizes that he must follow in his father’s roadie footsteps and become a roadie by returning the guitar to the band.
All eight episodes from Heavy Metal Hitchhiker, the original comedy web series produced by its digital division BangerTV, are up now, and you can now watch them here.

The series is directed and co-written by Marc Ricciardelli [Shredders Of Metal, Protest The Hero: Of Our Own Volition] and stars comedian Garrett Jamieson and music on the soundtrack by Power Trip, Carcass, Municipal Waste, Earthless, and Possessed, as well as a slew of Canadian artists such as Exciter, Ken Mode, Protest the Hero, Cancer Bats, Mount Cyanide, Sarin, and Smoulder.

I spoke with co-writer, actor, and comedian Blayne Smith about co-writing the show, selecting the music for the show, and what the future holds for Mitch the Roadie! 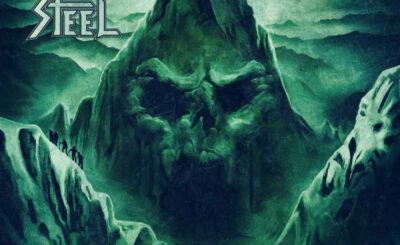 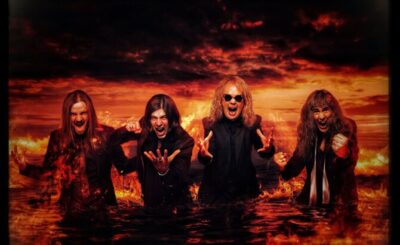 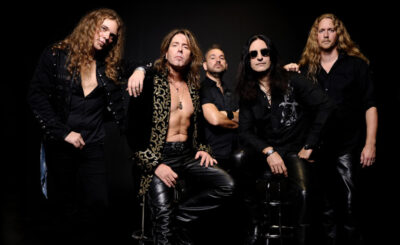 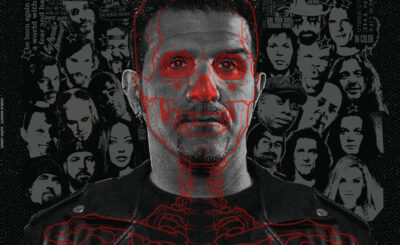 Charlie Benante of Anthrax on New CD Silver Linings – I Wanted These Songs To Sound As Authentic As Possible!