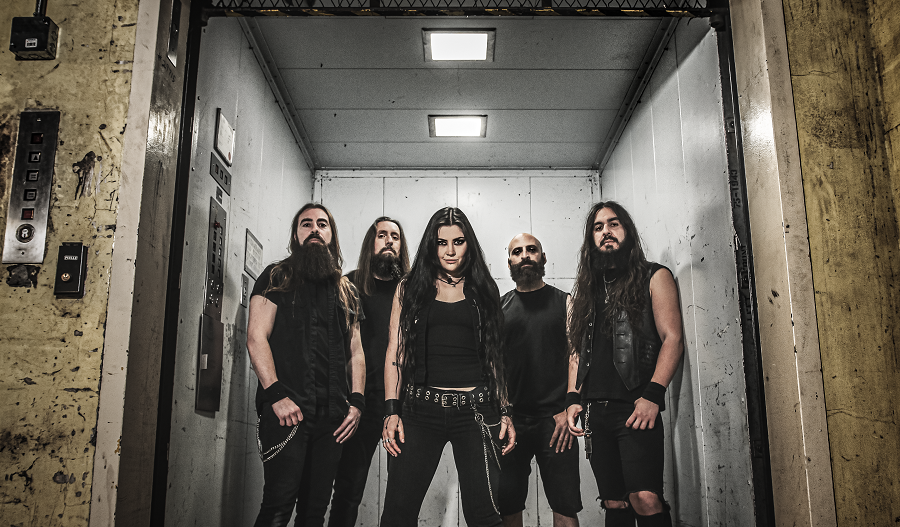 ‘Hiraeth’ the new full-length album from melodic death metal band Lutharö will be released on October 15th 2021. Hailing from Hamilton, Canada, the band formed in 2013 and have shared stages with the likes of Unleash The Archers, Alestorm, The Agonist, Battlecross, Nervosa, Exmortus, and Striker. Following their 2018 debut EP ‘Unleash the Beast’, and 2020 EP ‘Wings of Agony’, ‘Hiraeth’ sees the quintet push their compositional and performance skills further than ever before.

The band strives to deliver an epic sound that sees aspects of power and death metal colliding. ‘Hiraeth’ unveils how Lutharö have elevated their sound through theatrical effects and intense moods. The atmosphere through the music is hauntingly beautiful while also capable of great power shown through the fierce breakdown which truly delves into the heavy depths.

Combining artfully crafted melodies, harmonies and precision with a hard-hitting power, Lutharö have created an album that hasn’t been afraid to explore above and beyond. They expertly balance an ethereal element of beauty with raw power and aggression. ‘Hiraeth’ is an astounding new album, a fantastically epic journey that needs to be experienced to be believed.

More information will be available soon.