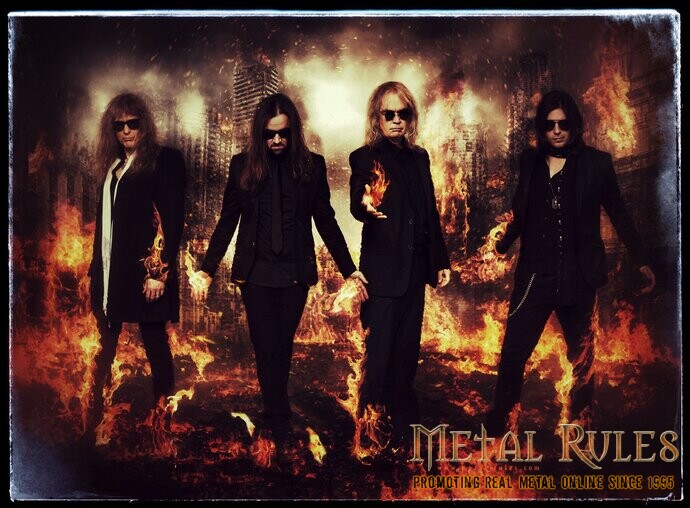 Axel “Ironfinger” Ritt, guitarist and producer of the band.

Creating a music project during the pandemic it’s an amazing achievement, especially if the outcome is an absolute banger. How did it actually happen?  I know that the idea was already in the air around 2017.

That’s the way it is. Chris (Boltendahl) and I had the idea for a second band 4 years ago, but Grave Digger didn’t give us time to implement the idea. Now was the right time and we used the time accordingly.

What was the most challenging aspect of creating music during the pandemic?

There was no difference in the recordings and songwriting to the regular albums before the pandemic, only the video recordings were correspondingly laborious. The constant putting on and taking off the mask was actually quite annoying.

The band aims to go back to the origin of Heavy Metal, and at the same time, the sound is fresh, powerful and thoroughly enjoyable. What is your secret?

The secret is the perfect mix of the different points. If we only lived in the past, the result would have been stale and superfluous, but if we had tried to integrate only current fads into our style, it would have been completely implausible and, incidentally, also become completely superfluous. In the course of the songwriting we found our very own style, which we will refine on the upcoming albums. 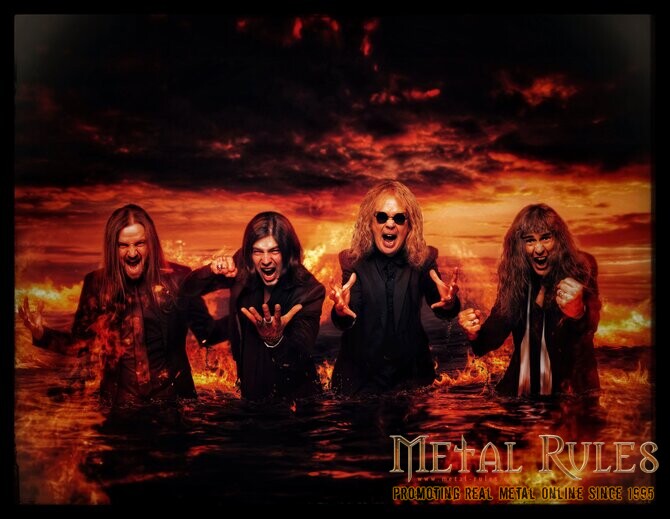 Why did you feel the need to go back to the origins? Do you think that the alternative music scene needed it or it was just a personal choice?

We have our roots in a time when music was still very important. Without the Internet, video games and YouTube influencers, the focus was much more on the subtleties that the most diverse bands could produce and that there were to be explored. Today music has become latent background noise and you are fighting against the attention span of a maximum of 15 seconds in young people, which has completely changed the approach to music.

“Hellryder” is a supergroup, does this put more pressure on the band members and their projects?

Not at all. We work very relaxed in all of our bands, there is no longer any pressure from outside, as we work completely self-sufficiently economically and our recording studio also gives us the necessary options for high-end production.

What is the concept behind the album?

The return of the four apocalyptic horsemen from hell to save humanity from perdition. 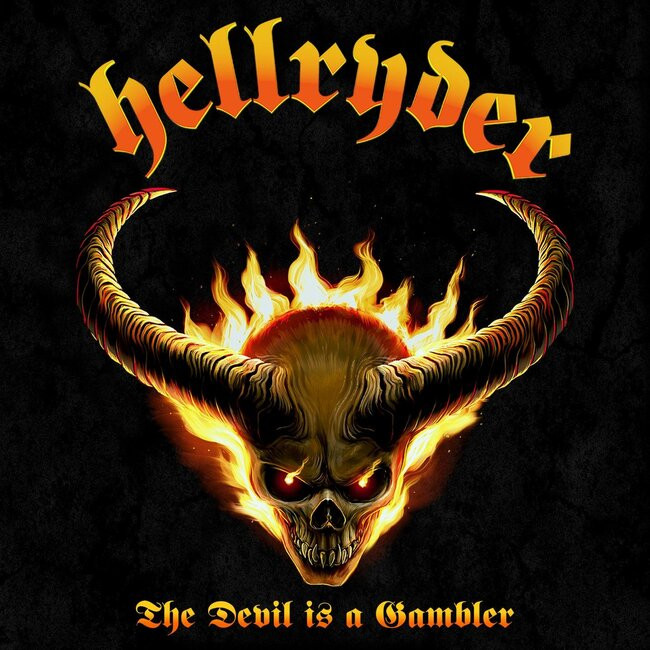 Have you got a favourite song? If so, why?

Yes, it’s the second single “Night Rider”, because of the strong chorus hook.

The opening scene of “Night rider” reminded me of “The Crow’, was it intentional? And do you take inspiration from movies when you compose music?

I’m sorry, I don’t know “The Crow”, what is it? There are some melodies from outstanding titles from the film music, which impressed me very much, but they have no influence on my compositions.

How does it feel to start a band from scratch after so many years in other bands?

It feels great. I can compose a lot of ideas that wouldn’t have suited the other bands. You can live out your creativity even better.

Do you see Hellryder and Grave Digger on the same stage at some point?

No. The trademark Grave Digger is successful worldwide and will remain the bigger name. Grave Digger come from a time when you could still make a band really big with consistent work, which is no longer possible today, regardless of how good a band is.

Is there any new band/project that has caught your attention?

No. All bands that give me something have at least 20 years or more under their belt.

What does it mean to be a metal band in Germany?

It means a good infrastructure, loyal fans, no appreciation from the media and the deepest contempt for our profession from our government.

What is your favourite country or venue to perform?

You can’t say that across the board. Every country has great fans to be reached.

What do you do in your free time?

I don’t have free time. In addition to my music, I’m still very interested in finance in the form of stocks, bonds, derivatives and cryptocurrencies and once I’ve worked through this area, there is always something to repair or improve on my property. I own 12,000 square meters, so there is a lot to do.

If you weren’t a musician, what career path would you have chosen?

I would work for an animal or environmental group or run an animal sanctuary.

Can we expect any collaborations with external musicians in the near future?

Not at the moment not. I get asked again and again, but I have to divide my time so that the most successful projects get the most attention.

What would be your advice to someone who wants to start a band?

Find good friends in your local area and develop your own style as quickly as possible, which sets you apart from other bands. You are only noticed when you are different from others. Or you go there and copy a very successful band that no longer exists, as is the case for example Greta Van Fleet doing with Led Zeppelin and claiming they are all their own ideas. That’s ridiculous, but some idiots will buy this crap from you too 😉

Is there anything else that you would like to say to our readers?

I hope to see you at one of our upcoming shows!