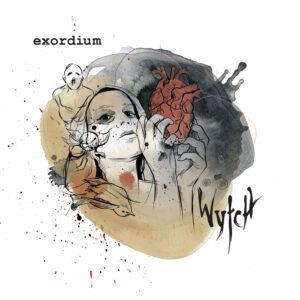 Wytch is a band that features Matte Marklund (Vintersorg, Otyg), Simon Lundström (Vintersorg), Johanna Lundberg, (Vintersorg), and Fredrik Nilsson (Otyg). So what we have hear is the next great thing in folk metal? Think again! Instead, starting out as Aska and having to change their name to Wytch, this band actually plays a mix of doom, hard rock and occult rock to create one of the most entertaining albums of the year. I was really looking forward to this album once I heard the first single, “Black Hole.” Johanna’s incredible vocals as well as the 70s atmosphere just pulled me in from the start. I was now totally looking forward to hearing their debut, titled EXORDIUM, and was hoping the album lived up to myself created hype.

Opening the album is the aforementioned first single. Now when I heard the song I thought this would be a great opener. Well that is exactly what they did and it was a brilliant idea. This song sets you up for what will follow. Starting off with some seriously heavy doom riffs, the song has so much melody. Johanna’s vocals are some of the best I’ve heard in this small genre. Her powerful delivery actually drives these melodies and helps create the atmosphere. “Savior” follows that and starts off very melancholy and eerie. Once again it is those vocals that add to the atmosphere. Only two songs in and I see a trend of some incredibly catchy songs and melodies. The song goes in a rather different direction during the second half and Johanne really shows her skills during this part of the song. I also get an almost epic feel from these songs even though it’s very subtle.

Then you have a song like “Evil Heart.” This song takes a rather different approach. Starting off more subtle, the song takes on a faster tempo. The scorching solo right before the minute and a half in was an unexpected pleasure that I was not expecting. Then “Blood” follows it up with some killer 70s inspired riffs and solos right out of the gate. The riffs on this are sick but its the fact that the song is so damn catchy. At this point through the album it hit me that this album not only lived up to the hype but surpassed it. The riffs, the solos, the vocals, and the incredible melodies are enough to hook you in. It also hit me that this is the farthest thing from folk metal you could get but this band is not afraid show their roots and they pull this off brilliantly.

So while there is downtime in the Vintersorg/Otyg camp, the members were not content to sit idly by. Instead they created one of the most impressive collections of original proto metal songs I’ve heard. This is beyond mere doom metal or occult rock. This album pays tribute to the roots of what would become heavy metal. And no, this is not your Sabbath worship band, this is as original as it gets. You need this album! 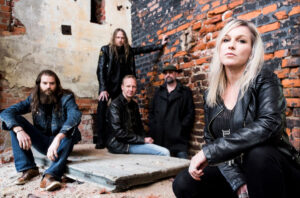