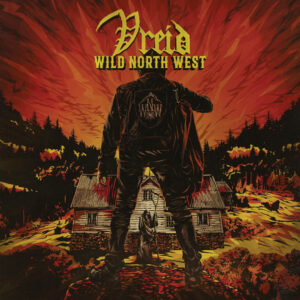 Sognefjord is the largest and deepest fjord in Norway.  Along that fjord lies the District of Sogn and the municipality of Sogndal. This was the sight of the battle of Fimreite in 1184 and is known to have it’s own dialect of Norwegian. It also has it’s own genre of metal….Sognametal. Obviously, the most well known artist from this area is the late Terje “Valfar” Bakken. Valfar created Sognametal with his project Windir and his brand of folk inspired black metal. Valfar may have been the first to include the accordion as a metal instrument. While Valfar was creating history with his project, five of his friends decided to also help create this sound that was fresh and new with their band Ulcus Molle….later to be shortened to Ulcus and releasing an incredible and underrated album, CHERISH THE OBSCURE.

After the release of that album, Valfar approached the members of Ulcus to be part of his band Windir, which they recorded two incredible studio albums before tragedy struck. On January 14, 2004, Valfar was walking towards his family’s cabin when he got caught in the deep snow and and died of hypothermia. The band and the metal world was devastated. The remaining members decided that they could never continue under the Windir banner but they also decided to make sure that Valfar’s legacy never dies so out of the ashes of Windir rose Vreid, which was pretty much Ulcus under a different name. While not as folk inspired, Vreid does stay true to Sognametal’s roots but adds an element of black and roll to the mix.

So let us fast forward to 2020. The entertainment and music industry took a hard hit due to the lock downs and restrictions due to COVID 19. Vreid did not let that adversity define their future. In fact, they decided to use this “new normal” to create one of the most incredible live experiences to take place. Since audiences could not come to Vreid, they decided to bring Sogndal to the world in a Livestrean video called “In The Mountains of Sognametal” from Hváll’s own family farm in the Sogndal valley. And it was this concert that the idea was to not only create their ninth full length studio album, but a movie to accompany the music. WILD NORTH WEST, the album and movie, was presented to the world on April 29, 2021 and it is one of the most unique and monumental events in metal history. Not only did Vreid create an incredible new album, they also created an artistic vision that was inspired by both true events and pure imagination, this album and movie was a complete DIY venture, with some added surprises.

The music is incredible as only Vreid can offer. Each song can stand on it’s own but together the songs weave together an artistic vision of the history of this area of Norway. War, fear, betrayal, loss, madness, anxiety…..all these subjects and more are part of this concept that includes some of the most thought provoking lyrics I’ve heard. The album opener and title track sets you set up for the rest of the album. Relentless riffs and melodic solos along with eerie keys dominate this song. The atmosphere they create is so special. As I said before, they don’t need to push the folk elements to stay true to the Sognametal sound. It’s those melodic tremolo riffs that create the that atmosphere. The opening to “Wolves at Sea” is the perfect example of those tremolos. But that is not the greatest achievement with this album. The most incredible aspect of this album comes with “Into the Mountains.” It seems that Hváll discovered some tapes of keyboard parts that were written by Valfar and added into the song. What an incredible way to honor the memory of the creator of this unique sound.

The movie is an incredible artistic vision. Parts of the movie were filmed on Hváll’s farm while a huge part of the movie was filmed in the abandoned Harastølen Sanitarium. The movie stars the band, of course, but a few other folks from the area; one in particular you all may recognize. Valfar’s brother, Vegard Bakken, who has taken the mic on several occasions to sing his brother’s songs, appears in the movie. The great things about the movie is that the videos help tell the story that is part of this concept. The darker subject matter of the album’s story makes the movie almost mandatory to watch along with the music. No other band has done this before and Vreid set the bar. If metal were to have it’s own “The Wall,” this would be it.

Ever since I first heard Windir I was hooked. Sadly I discovered Windir after they had visited the States and just before Valfar’s untimely demise because that is one person who I would have loved to have a conversation with. Fortunately his band members chose to carry on with Vreid. Currently the Sogndal football (soccer) team has the Vreid logo in their jerseys so the band is getting some of the recognition they deserve. With the incredible artistic vision that went into creating WILD NORTH WEST, I have a feeling that this will be their big breakthrough….deservedly so. And, anyone that knows me knows that I end any and all conversations about Sognametal with one final thought…..Sognametal RULES!! 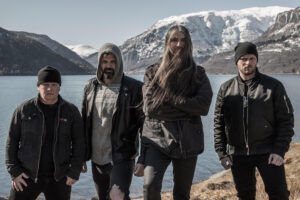