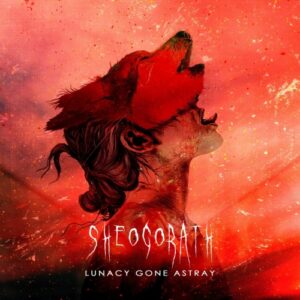 SHEOGORATH is a duo from Vienna, Austria created in 2013 and formed by musicians Patrick Pazour and Matej Kollar. In its eight years of existence they have been able to release three albums and LUNACY GONE ASTRAY is the most recent since it was released in May of this year. One of the things that stands out the most in their music is the effectiveness of their melodies, because even when they sail with the black metal flag, their compositions make a lot of sense.

Even though the name of the band comes from a video game saga, the truth is that their music can be appreciated by itself. The sound of the band has had a very interesting evolution since their first works; nowadays, black metal is not completely delivered but they add other types of elements without reducing the power of their compositions.

Matej Sack has managed to perfectly combine the aggressiveness and rawness of black metal with a more refined, melodic and even musically “educated” technique; this allows him to develop songs with hooks so effective that sometimes recalls the works of great masters such as Alexi Lahio.

Patrick Pazour fulfills his role as a guttural vocalist; even when he is in charge of writing the lyrics, the clarity of his diction is buried by the same style that he interprets, so little or nothing can be said about what he expresses in his verses. For those who enjoy this type of singing, Pazour will notice an excellent voice within his style.

LUNACY GONE ASTRAY is a very interesting album as it shows a perfectly assembled duo; it also allows us to appreciate that their music remains faithful to the same style from their beginnings but without closing the possibility of continuing to improve technically. It is an album that can surprise even those who are not used to black metal. 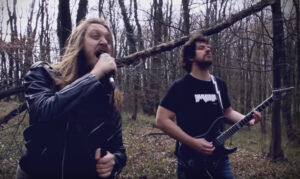