Discovering a band from Thailand is one thing, but to find out they are a band that have a strong and vicious old school vibe in their take on the death metal world is a whole new level of astonishment. Oldskull, representing a scene in their native land known as “Siamese Brutalism” have released their debut album “Nether Hollow of No Return,” and I can tell you there is no return from the awe that these guys will bestow upon you if you like your DM old and raw.

If you enjoy the darkness and mysticism and anxieties surrounding death, mass destruction, murder, torture or general dark themes, then Oldskull definitely have you covered. I must add that Oldskull is a fantastic pun on the band’s sound if that was the case – apologies if not. And these guys from Bangkok are no strangers to the good stuff that makes this genre as big and frightening as it is.

From reading about the band, they are best enjoyed if you’re familiar with the likes of Obituary, Benediction, Bolt Thrower and Death, but I could hear some good technicalities from the guitars and drums as the songs progressed, so this is a band well versed in their ways and are musicians who work hard to put together the music they love.

Coming from a nation with a rich history and culture that involves a lot of fascinating mythologies, religions and spirituality, it is no surprise Thailand has berthed a death metal scene, and Oldskull appear to be pumping the old school sound of the forefathers into it with records like this hunk of audible evil. Using death metal as a symbol of how any nation or culture can create strong and extreme music is what I would use this album for, because it made me aware that South East Asia is just as strong an area in the metal stage and Oldskull are now there representing their land with their incredible sound.

Add this record to your collection if you love old school and want to beef up the diversity of your musical taste culturally and geographically. 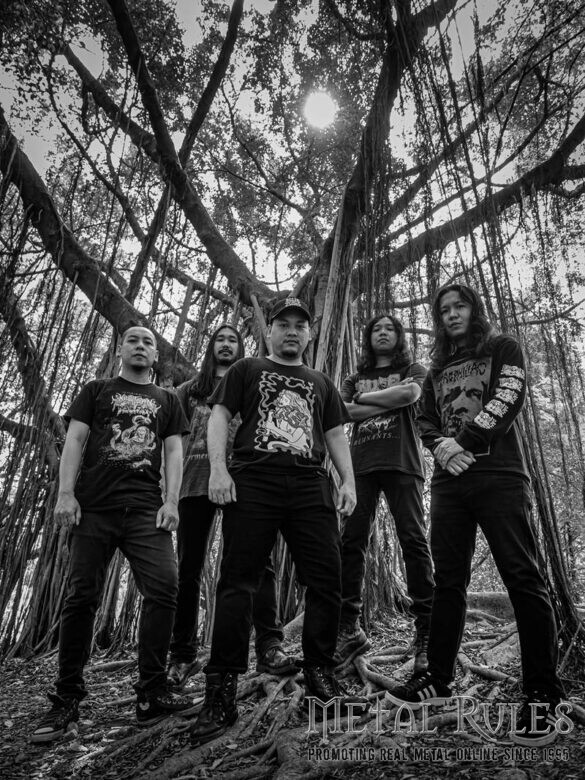