Swedish adventure metallers Twilight Force are pleased to announce some new dates for their first ever headline tour. The aptly named ‘Magical Mystical Tour 2021′ will now take place this coming October with special guests Cyhra, plus support coming from Silver Bullet. On the road they will recount the fantastical tales from their latest album Dawn Of The Dragonstar, released in 2019 via Nuclear Blast.

Twilight Force states: “Rejoice! There is a beacon of light in these trying times! We are overjoyed to finally be able to proclaim that the Magical Mystical Tour will be joined by our esteemed brethren in Cyhra, as well as the resplendent knights of Silver Bullet. Together we shall bring splendor, magic and glory to the lands. Let us once again stand united on the battlefield, and celebrate a return to life and prosperity as it once was. May the power of the dragon guide and protect you!”

Cyhra added: “We are extremely happy and excited to announce that we are joining forces with our friends in Twilight Force touring Europe and the UK! Sadly, our 2020 ‘No Halos In Hell’ Tour abruptly ended due to the Covid-19 pandemic. To finally announce that we are going back on the road again, feels almost somewhat surreal. Honestly, the happiness we are feeling about this upcoming tour is overwhelming! We can’t wait to meet all the fans that have been away from live music just as long as us! Hope to see you all then!”

Tickets are on sale now via the below links! 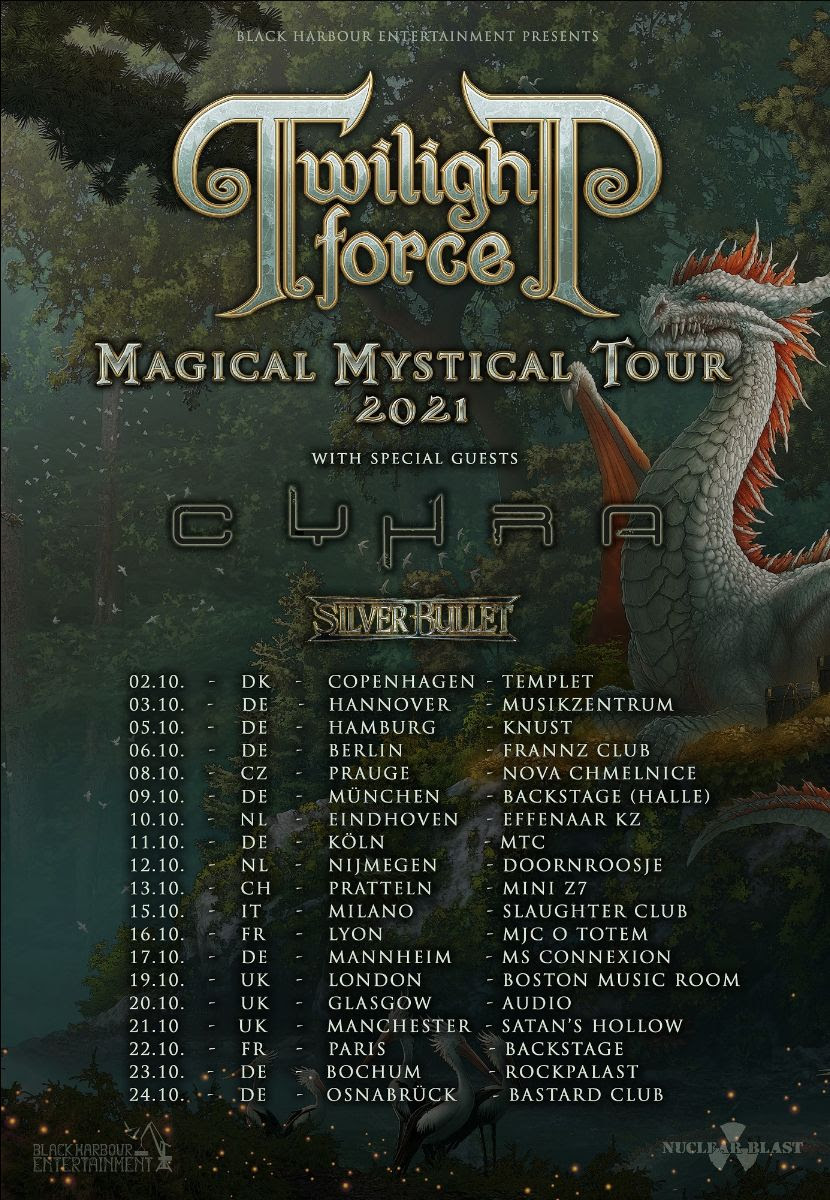 Recorded in the group’s own Twilight Forge, Dawn Of The Dragonstar not only presents ten new stories to their loyal Knights Of Twilight’s Might, but also introduces the companions’ new minnesinger, Allyon, who was called upon by the prophecies to join the fellowship in 2018.