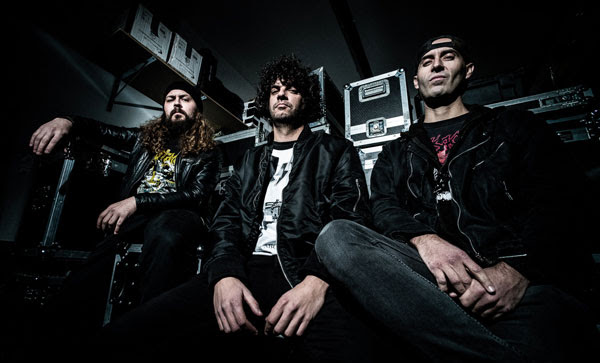 Portuguese thrash-metal trio Prayers of Sanity have just revealed a lyric video for a brand new song off the band’s fourth full-length album “Doctrine of Misantropy”, which is set for release on June 16 via Rastilho Records.

If you missed it, the video for “Sons of Royal Blood” is still playing at this location.

With more than ten years of experience, Prayers of Sanity are best known for their fast and old-school thrash-metal attack, proving that 80’s thrash-metal is pretty much alive and kicking today. After releasing three successful albums, “Religion Blindness” in 2009, “Confrontations” in 2012, and “Face of the Unknown” in 2017, Prayers of Sanity are now ready to release their fourth album “Doctrine of Misanthropy”, due out on June 16 via Rastilho Records.

Produced by Prayers of Sanity, recorded and mixed by vocalist/guitarist Tião Costa at ROK Solid Productions and mastered by Pedro Gerardo, “Doctrine of Misanthropy” sees the trio continuing their trajectory on improving and razor-sharpening their old-school driven thrash-metal sound inspired in classic bands like Exodus, Nuclear Assault and Testament. 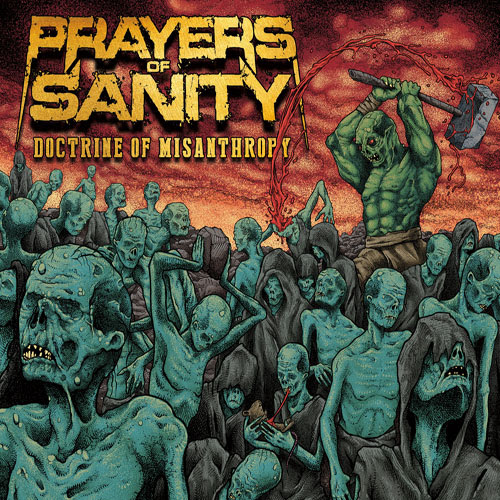