The Evolution Of A Name:

William Shakespeare once wrote, “ What’s in a name?” The second step of a new band creating music is what to name it. It is the link between the public and the band. A reference point to be remembered and repeated, establishing the group`s brand or trademark around the world. When Jimmy Waldo, myself, and Graham Bonnet decided to merge our experience in 1983 into a brand new band we had a few vague ideas for names that might present us as a heavy metal band. Graham did not want the responsibility of his own band so the new name would represent the whole group as opposed to an individual. In our band name group discussions, nothing really popped out for us. When Yngwie was added he proposed names that weren’t quite a good fit. Jimmy Waldo and I were coming off the success of the group New England. If any band were to use that name back then we felt we were that band and we succeeded in getting well known quickly.
You need a name people can remember. So many bands pick names that do themselves a disservice. After years of touring America with New England, I noticed during our many promotion visits to record stores that our albums were in the N section where record buyers don’t usually gravitate to. We were stuck in the middle of New Riders Of The Purple Sage and Olivia Newton John.

I gave this a lot of thought and said one day in a meeting how it would be cool to be in the A section with bands like AC/DC, Aerosmith, ABBA, etc, where most people go first. The name ‘Alcatrazz’ popped out of my thoughts and everyone jumped up in a unanimous response to use that as our name. Not only was it an A name but it was a tough name and very recognizable. I decided that we should add a second Z to the name as we didn’t want to have trademark problems with The National Parks Service. They maintain Alcatraz Island and the rights to that name. It looked great having the second Z and it sounded cool like the words jazz or pizazz.

When I met with our art department I brought a rough logo design and I discussed with them the movie ‘All That Jazz’ and ‘Escape From Alcatraz’ which were popular movies in the early ’80s, my logo sketch was fine-tuned and came out just what we were looking for. The logo and our music have stood the test of time for the last 38 years and are easily recognized around the world. To commemorate our upcoming new CD studio release we have added a new second logo to our brand. We look forward to continuing creating new music under our name Alcatrazz, we have some great, heavy tunes full of energy, some of the song titles include “Guardian Angel” “Nightwatch” “Sword Of Deliverance” “Target” & “Dark Day For My Soul”. We think you will all be very surprised at how powerful and hard-hitting this new music is, we have some very fast power metal style songs, a couple slow doomy ones, and some that are in more of a “Priest/Maiden” vibe…Doogie is kicking all kinds of arse and we are all on the same page creatively! We are hoping to give Helloween and KK’s Priest a run for their money in the “potential album of the year” stakes, we are looking forward to both those records by the way!

Alcatrazz stands for heavy metal and very hard rock, much like the prison island itself! Keep on rockin’ and see you on tour. 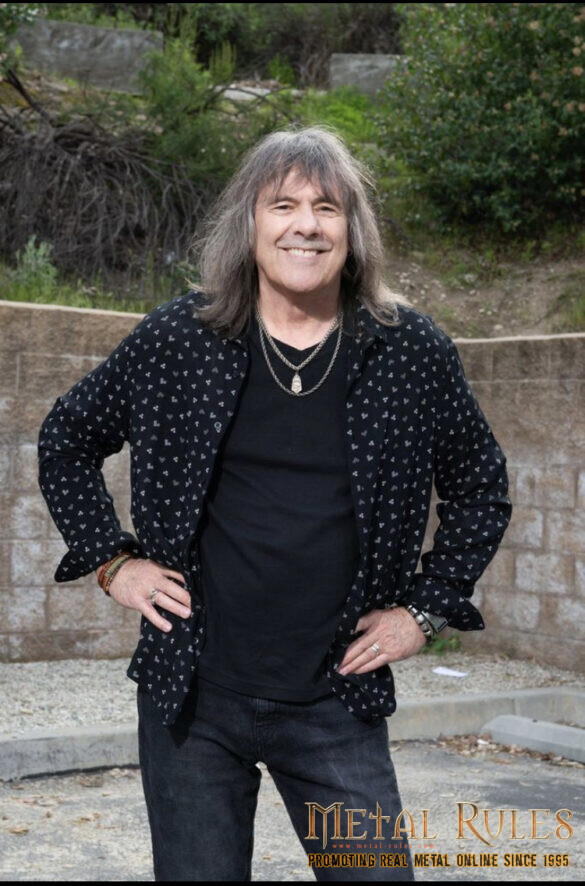