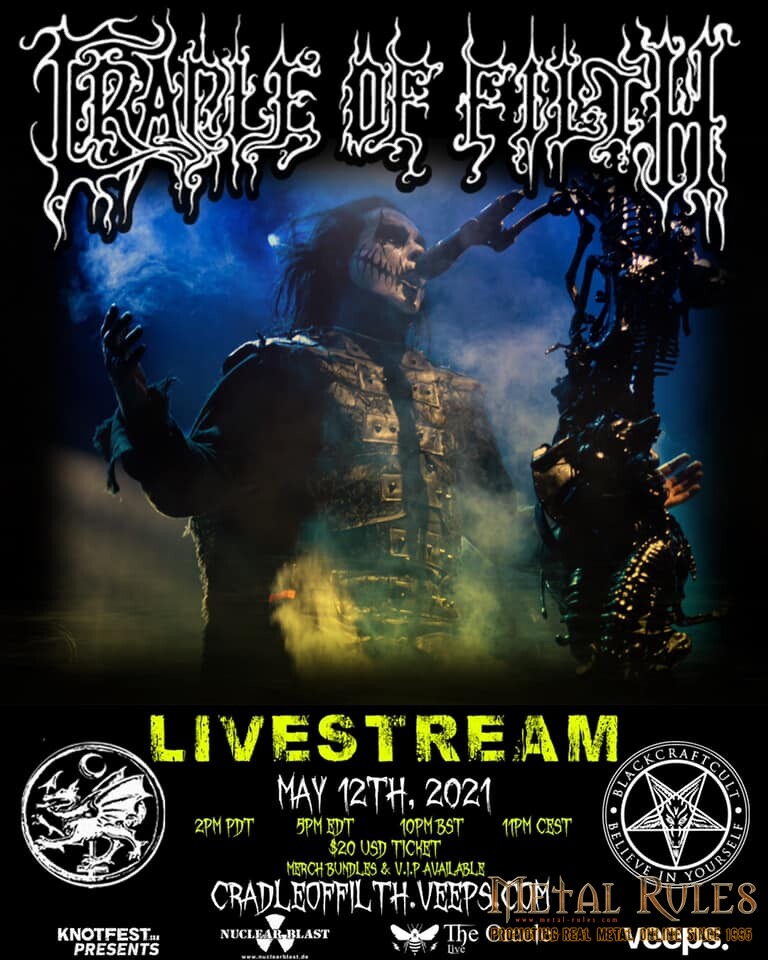 During the current state of affairs concerning live shows there has been spawned a new beast: the live streamed event. As time has gone by it has been increasingly necessary to think outside the box and create new ways to connect to fans, and in order for bands to actually perform together. There is a need to create experiences that invoke some sort of emotional reaction similar to being in the room. Fans and musicians alike want to feel, want to experience shows, and when sat on the sofa in your PJs it can be difficult to really enjoy it all on any real level. 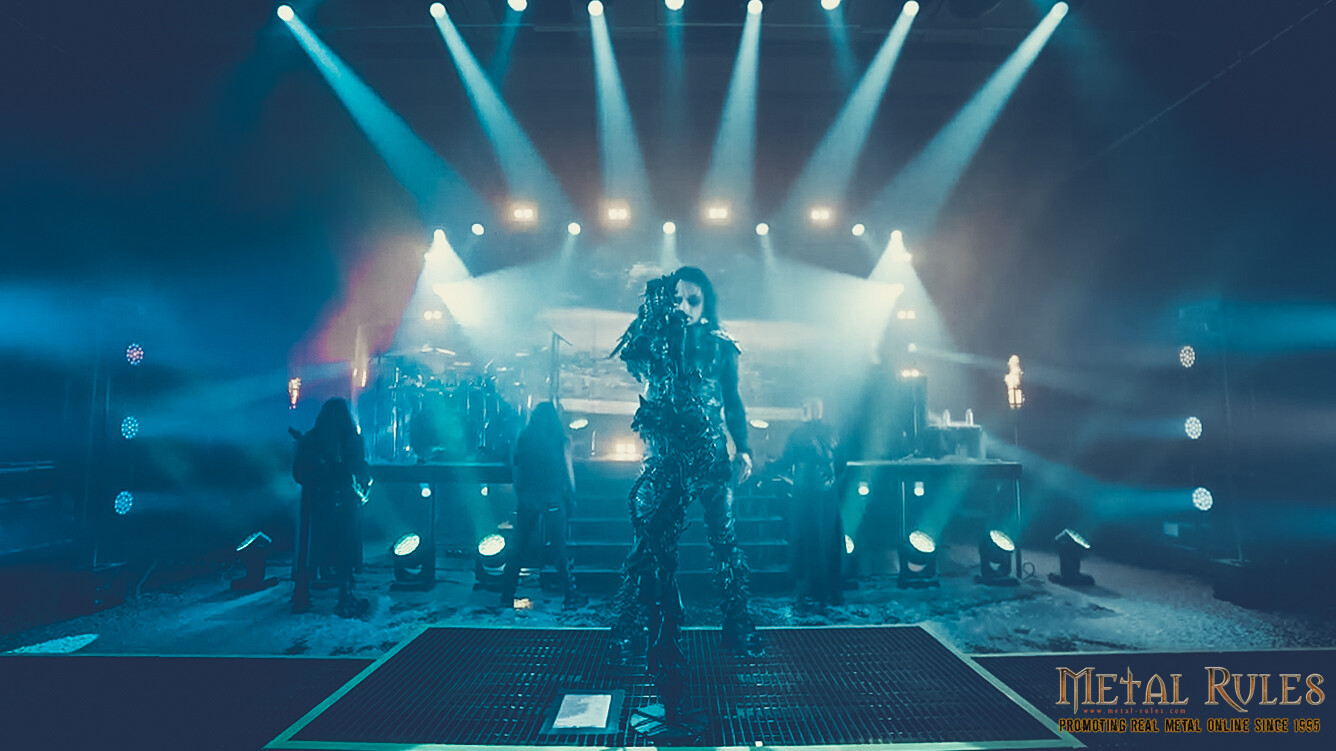 Cradle of Filth heard our plea and came up from the pits of hell bringing with them fire and stunning visuals, performing with all their might!!

Unable to stream from their original scheduled location of the gothic St Mary’s Church they were forced to re-evaluate, but this did not detract from their epic set up. A multi-level stage with pyro technic rig and a backdrop projecting the most sinister of visual treats, it is every bit the dark and atmospheric feast we have all hungered for. 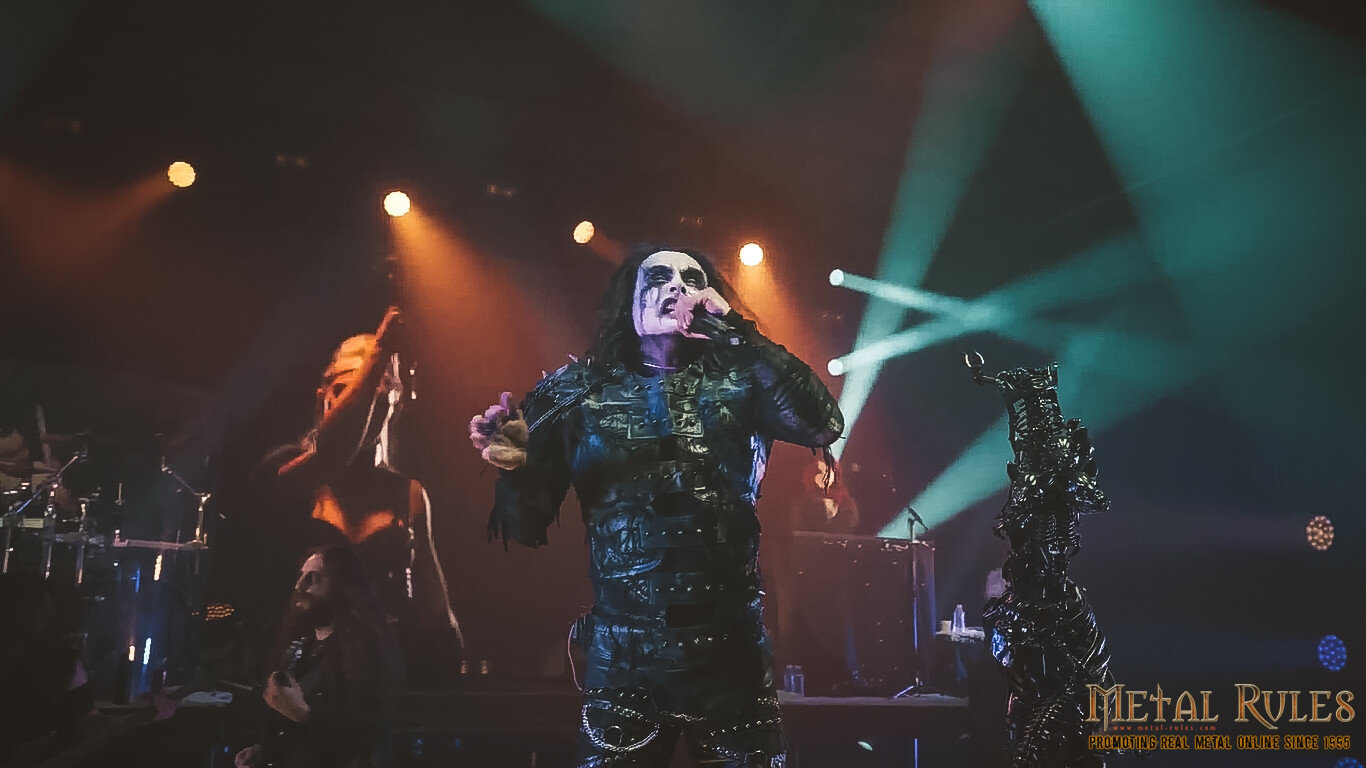 As smoke billows in across the ground and drifts over the stage and flames flicker all around, the atmosphere is set and instantly it’s clear this is to be no average run of the mill streamed show.

As the band take their positions, a cloaked Dani Filth appears rear and centre, flaming torch in hand with backdrop blazing behind him. Slowly he makes his way through the fog and up to the front platform lowering his hood and placing the extinguished torch at his feet, then everything around him bursts into life. It’s abundantly clear that time spent away from shows has given these musicians time to really tune into their talents and strengthen an already very powerful machine, not one note, one string, one beat is out of place. This is a very tight performance, even through a screen it is palpable and all at once I’m immersed in the world of Filth!! 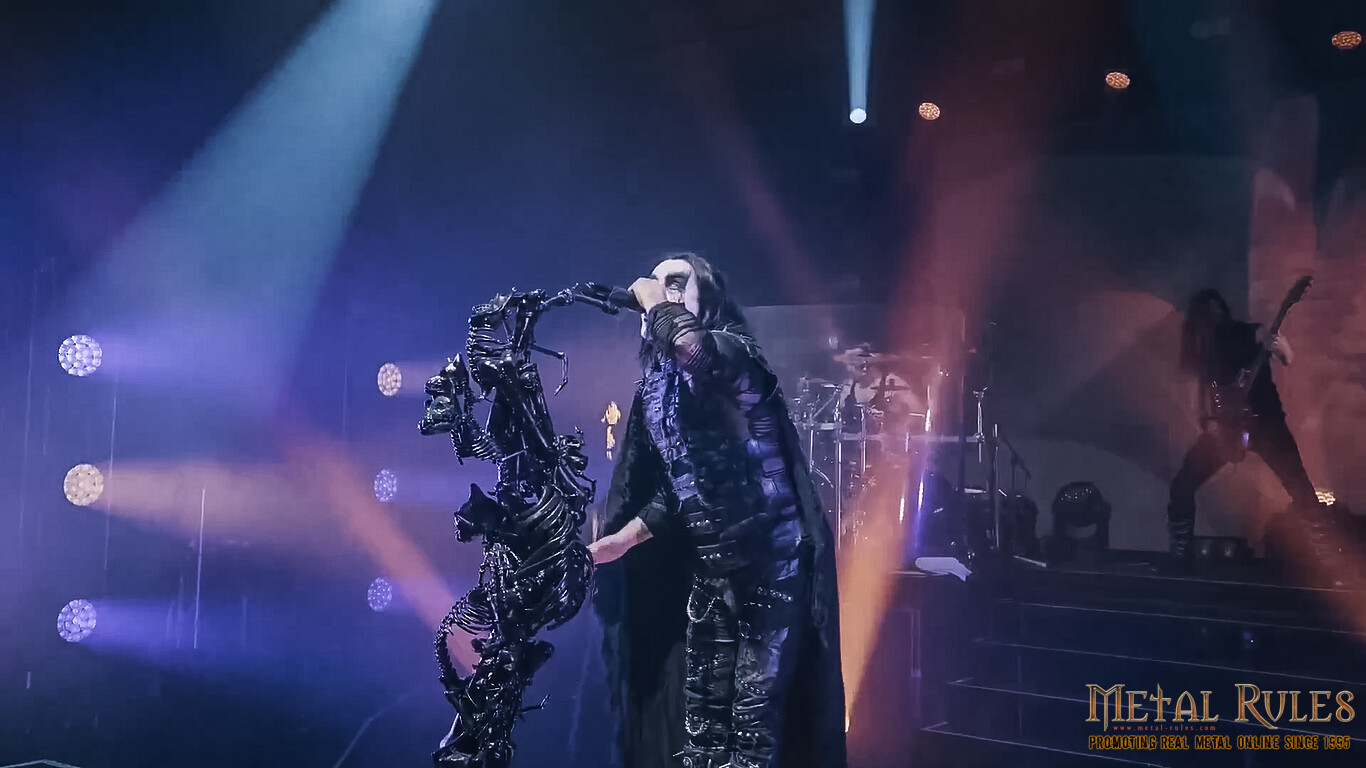 Dani is on top form, his high pitched screams and low guttural growls at their absolute best, it’s like listening to remastered versions of all your favourite tracks in real time and it’s astounding. This is a band that are at their very best and thriving right in front of my eyes. 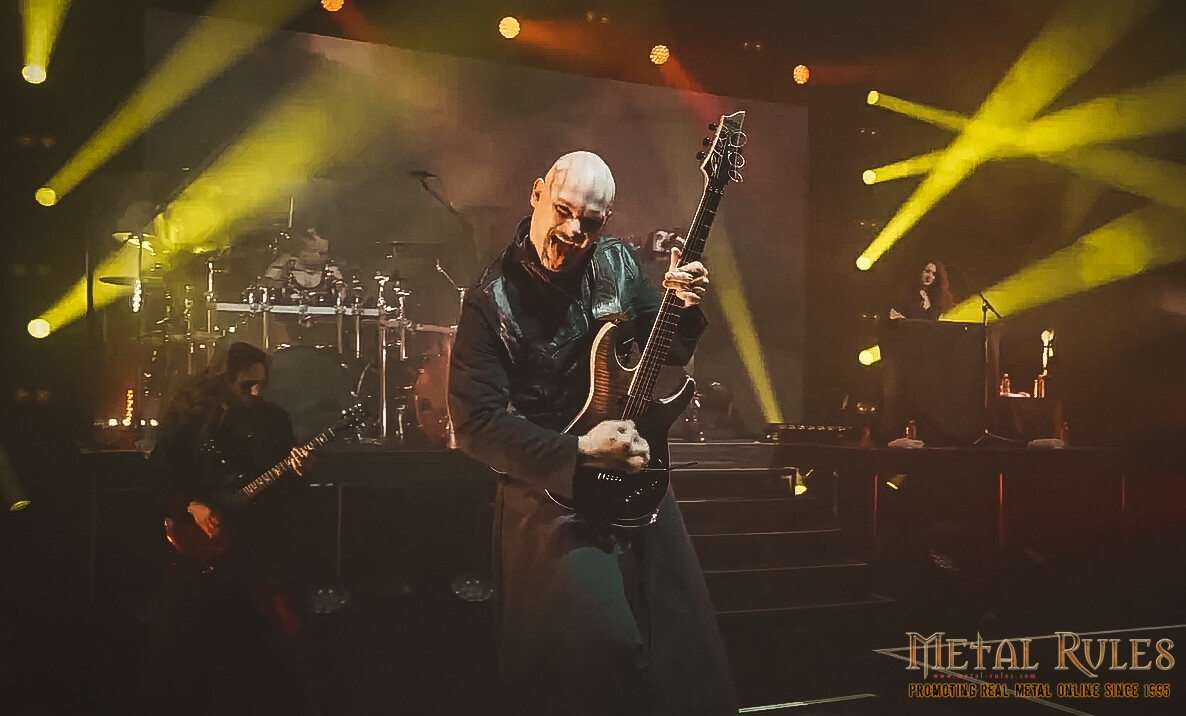 Stepping into the shoes of recent departure Lindsey Schoolcraft and breathing yet more life into fan favourites such as the iconic ‘Nymphetimine’ comes the latest addition to the band: flame-haired siren and beauty Annabelle Iratni. Taking the role by the horns as it were and fully embracing all things filthy, her obvious love for her new position and the passion she pours into her debut performance is admirable – and boy does she have the talent to make a real impact!! It’s like she has always been a part of the band, the chemistry is absolutely perfect. You have my attention Annabelle and you are killing it!!! 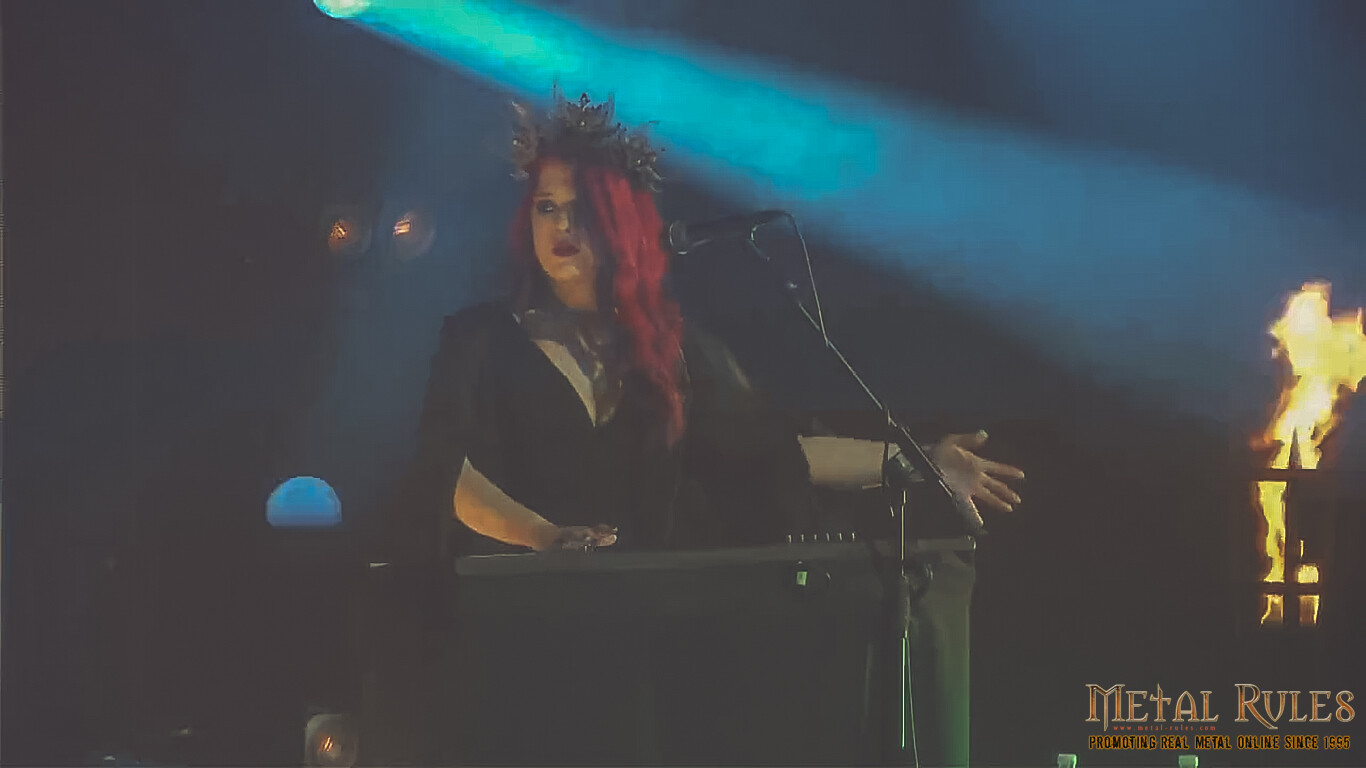 Tearing their way through a set list of epic proportions that spans a wonderfully wide range of their entire catalogue, it’s an absolute treat to fans’ ears. It’s a testament to their work that every song perfectly compliments the next, all with that delightfully dark and twisted trip through the macabre at its blackened heart. Earlier tracks such as ‘Cthulhu Dawn’ and ‘Saffron’s Curse’ meld perfectly with bigger singles, ‘Her Ghost In The Fog’ a perfect opportunity for further theatrics as snow falls poetically around them and beautiful scenes play on the big screen. A stark contrast to the fury and flames that accompany tracks such as ‘Heartbreak and Seance’. 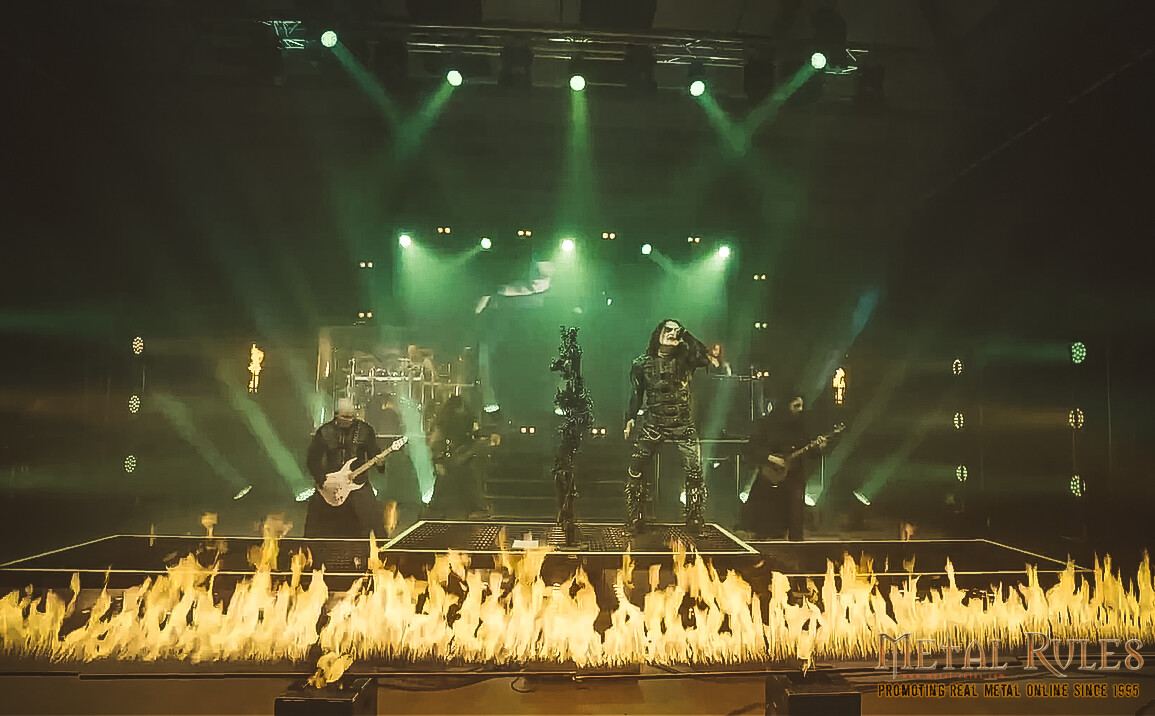 There is very little direct interaction between the musicians but that just makes it all the more fantastic: without needing to so much as glance at each other to keep aligned they all create one driving force, individually and together they are one. 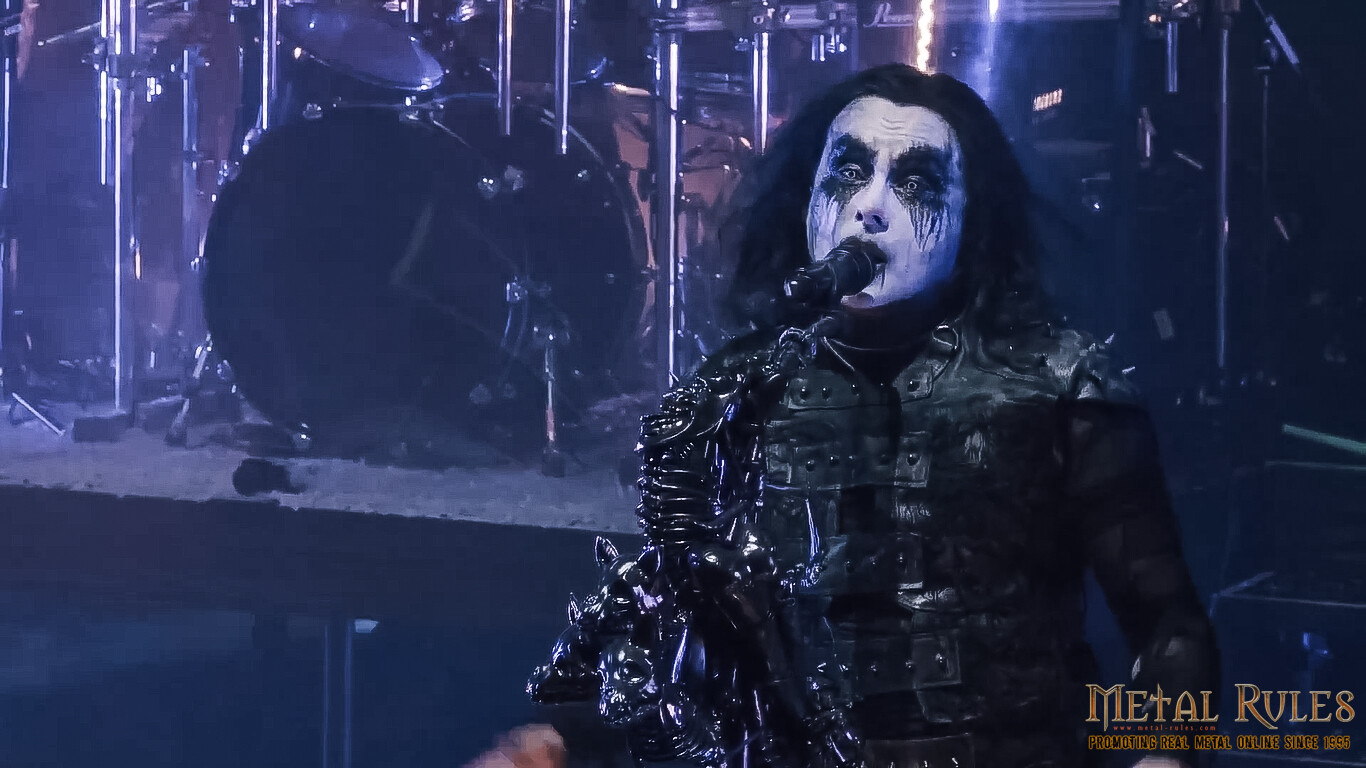 To add to the already heart-racing performance there is the magic of production combining all of the elements and tying them together. Creating stunning visuals that bring the projected images and videos on the backdrop of the stage to the forefront of our screens, meshing them together to add a sinister cinematic element and further meld the two worlds together.

Dracula Spectacular fully drew me in and kept my attention for the entire 90 minutes, I was completely enthralled and mesmerised by the whole amazing production. 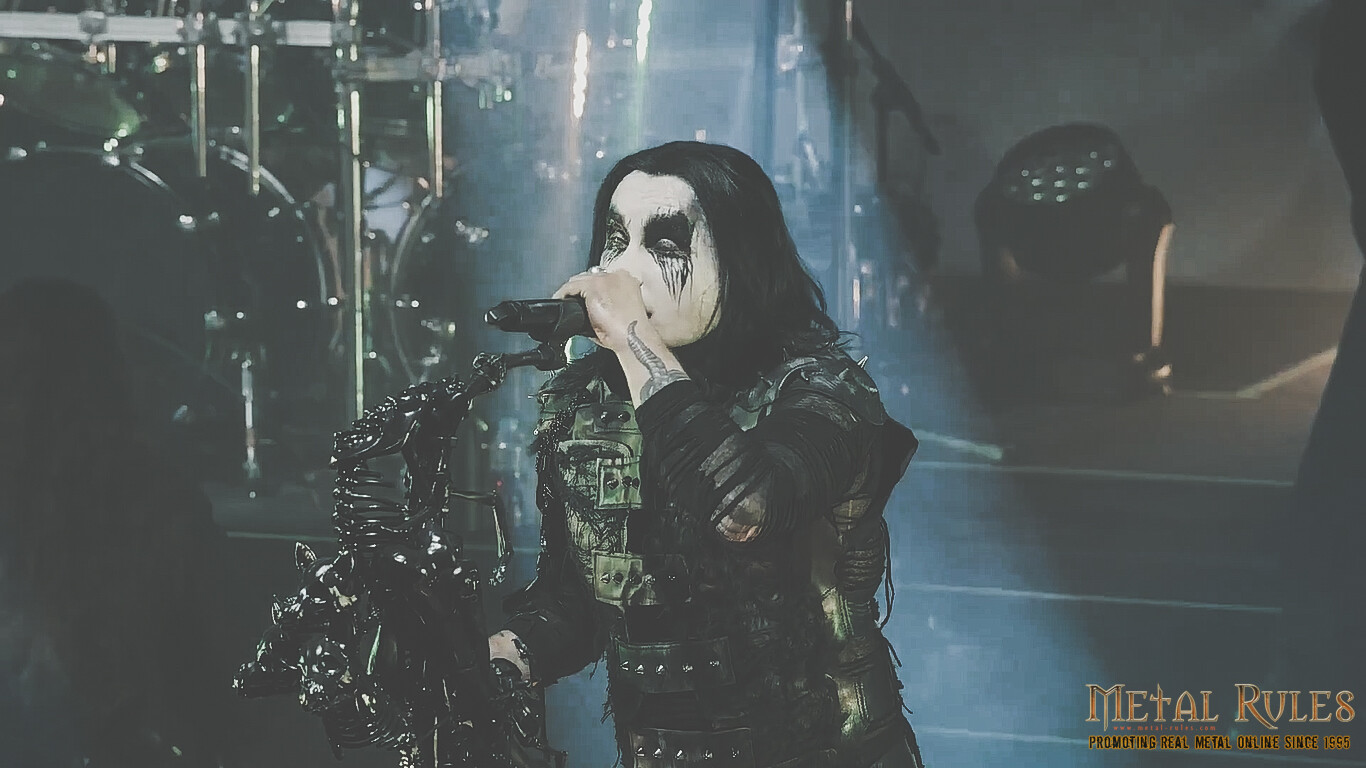 Don’t just take my word for it though head over to Veeps where you can enjoy the whole incredible performance for yourself until the 26th of May!!