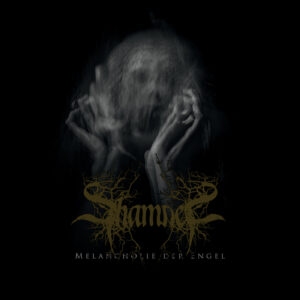 Raffaele Galasso’s one-man band Shamael was founded in Italy, last year (2020). He is also a member of Gardenija and Nightcrush. Melancholie der Engel is the debut full-length from his solo funeral doom project, co-released by Negre PlanY and Satanath Records.

‘Leaf’ introduces the feel of the record, laden with despair and tinged with optimism. The vocals act as an additional instrument to the sombre soundscape, cementing the dismal tone of Melancholie der Engel very early on. ‘Crown Shyness’ follows instantly after, the atmospheric notes at the end of its predecessor continuing well into this second track.

The second half of the album seems to exhibit more polarising emotions than the first, communicated on ‘Way Of Woe’ through contrasting vocal styles and quieter excerpts in the music. The atmospheric touches do not act as introductions or outros, but are interwoven into the very fabric of tracks three and four. The most poignant moments are when the instruments are isolated from one another, for example the piano solo almost halfway through the third song.

‘Moonsoon’ sees the album show a less-repressed ray of hope throughout much of its thirteen minutes, a simple synth melody present under the heavier elements and a violin-esque part in the middle that expresses a softer display of sorrow.

There is something undeniably compelling about the slow heaviness of funeral doom. It just pulls the listener in, and in this case for a least seven minutes at a time, with the four songs becoming gradually longer each time. Touches of optimism compete with the dominant sorrow feel of Melancholie der Engel, creating the right level intrigue. ‘Leaf,’ ‘Crown Shyness,’ ‘Way Of Woe’ and ‘Monsoon’ follow each other so seamlessly, one cannot really imagine interfering with their running order. A gripping, mesmerising debut from Shamael.

Melancholie der Engel is out now, order it from Shamael‘s Bandcamp! 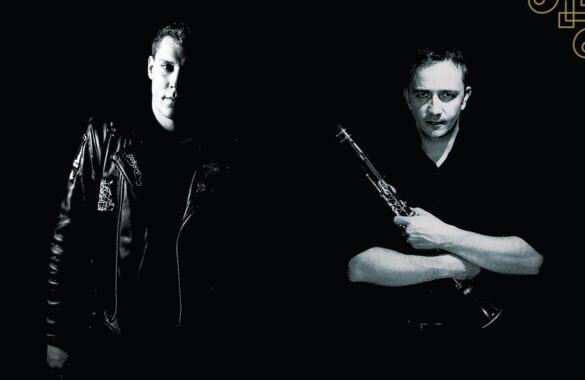