Haling from Sweden / USA, Ringarë are an ambient black metal band who formed in 2004 (as Ringar) from the ashes of Troglodytic. Thrall of Winter’s Majesty is their second full-length record. A statement from their current label Amor Fati Productions follows:

“AMOR FATI PRODUCTIONS is proud to present a special full-length recording from RINGARË, Thrall of Winter’s Majesty, on CD format. RINGARË returns with four tracks of winter-worshipping meditative ambient and black metal, titled Thrall of Winter’s Majesty. Originally written in early 2004, these early recordings were unearthed and finalized in 2019 to bring closure to the original vision and intent with a completed lineup. Drawing inspiration from the moods of Ildjarn-Nidhogg’s Hardangervidda and the heavy, hypnotic synth of old Summoning, Thrall of Winter’s Majesty represents a unique entry its collection of work: it is not a representation of the future of RINGARË, but is purely conceptual in its form and a reflection of times long gone.Foretold, the mysteries of death’s kingdom. Ensnared by revelation, suspended betwixt eternity. To worship the season, to worship death. Thrall of winter’s majesty.”

‘Witness to Winter’s Lament’ marks a great start to Thrall of Winter’s Majesty. The sheer length of this opening track does allow for it to convey the idea of travelling through extreme weather conditions, the ambient and blackened elements working wonders to depict the hardship of such a journey and the conflict of emotions that one might feel in such a situation. The vocals are reminiscent of Ihsahn’s, with the symphonic touches within the music making the sound even more familiar.

‘O’er Winters Shroud’, which is for the most part instrumental (with some choral touches), seems a little lost between the opening song and the title track, which is a shame as it accounts for a significant amount of the release. It feels like a prolonged interlude, taking up more than a quarter of the album’s total running time while already having the tough job of following ‘Witness to Winter’s Lament’. At over eleven minutes long, the song just does not have enough going on to capture a listener’s full attention after the first track.

Things pick up again during title track ‘Thrall of Winter’s Majesty’, which transitions flawlessly from its predecessor, despite being heavier overall. It carries the energy from the album opener, thanks to the re-introduction of vocals and heavier instrumentation.

‘A Paean For Endless Snow’ lacks the epic nature one would normally expect from an album closer and is not really all that memorable, compared to the opener and the track before. In fact, this last track is even less eventful than the earlier instrumental. Some implied conflict or harshness in the form vocals or guitar riffs would have made for a more interesting album finale.

The two black metal songs with vocals just seem a little too divided from the two instrumental ambient tracks. They could almost be on two separate releases. That being said, each song is well-executed individually. If you are into ambient / atmospheric black metal, do give this a listen. For fans of (old) Dimmu Borgir, Emperor, and (early) Summoning. 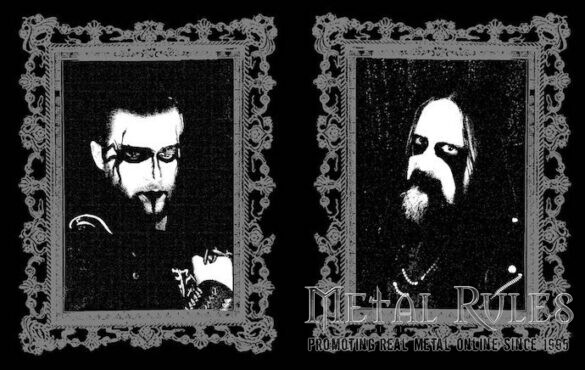