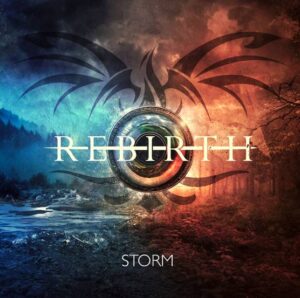 Rebirth is an aging gothic metal band born deep in the depths of Milan, Italy in the late 1990s. He debuted at the beginning of the millennium with two demos: SECRETS (2000) and SERENADE (… FOR MY PRINCESS) (2000). After two more demos, his debut came in 2006 with FROZEN MOMENTS, a work that could well have been an EP because it was only made up of five songs.

A decade and a half after that release, the band has decided to return with a renewed lineup and in the first week of May presented: STORM (2021), an EP with five pieces that pleasantly surprises. It’s incredible how well the band has managed to reinvent itself, even without abandoning the sound they were looking for in those early years.

One of his best successes was to deliver his music solely and exclusively to the incredible voice of Martina Russo, who does an extraordinary job singing. Previously, male and female voices alternated, but in STORM this was left behind and the move ended up being one of the most effective plays that allowed the EP to shine with a very special light.

Something interesting is that the compositions do not give room or space for introductions. As soon as the first measure ends, Russo’s voice begins to sound. This structure plays a fundamental role in keeping the listener’s attention, because thanks to it many will be listening to Russo’s amazing voice.

Besides the great singer, the orchestral arrangements are another great ingredient in Rebirth’s music. The mix allows them to be heard fully, without colliding with the guitar riffs and making the verses very colorful, they are a true contribution to the pieces.

It could be said that we are facing a more symphonic metal band, however, there are elements such as the already mentioned structure of their pieces or the fact of using the guitars as a mere rhythmic element, which separates Rebirth from other groups that use symphonies and female voices.

STORM is a great comeback for Rebirth. Every piece on this EP is truly captivating; all its elements are perfectly amalgamated; the amount of resources they use is just enough to generate a great listening experience. If this EP is the prelude or prelude to a new full-length album, we cannot but look forward to what is to come. 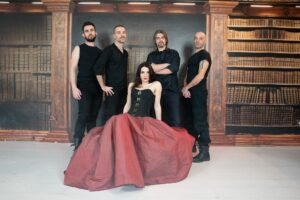