The Beast Of Nod – Multiversal 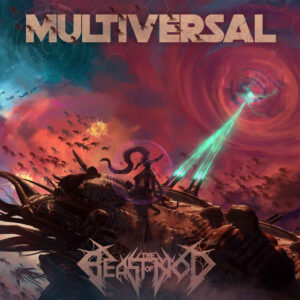 MULTIVERSAL is the second full-length release by The Beast Of Nod. These San Franciscan’s play a style of technical / progressive death metal that is, well, out of this world! This is a story-driven, intergalactic odyssey that follows characters and events of a Sci-Fi universe called, “The Land Of Nod.” Amidst the chaotic nature of the band’s playing, which is as technical as it gets, they do tend to insert some mellower passages in the fold. It was an interesting listen the first couple times thru, but now it just rolls along as an adventure into a world unknown. It was one that had to grow on me a bit as I am usually do not gravitate towards this genre very often. Superb musicianship is abound here. So yes, check this one out. 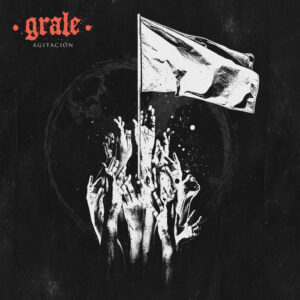 AGITACION is a pandemic project that came to life in the early days of the pandemic lockdown by Canadian artist/producer Greg Dawson. This is a very good blend of sludge and thrash metal. Catchy and powerful riffs that gets the head banging unknowingly. This is one of those “projects” that once you listen to it once, you too will be hoping that Dawson will keep this one going for sometime to come. What starts out as a pretty cool EP, turns out to be a kick-ass set of tracks that are sure to please all of you metalheads out there.

States Dawson, “Each song evolved from one good riff, with the band creating and collaborating remotely, focused on forging an organic new sound that would have followers of High on Fire, Motörhead or Judas Priest banging their heads in approval. Already an all star unit featuring members of Cross Dog, Indian Handcrafts and Olde, GRALE…enlisted contributions from members of metal heavyweights Sacrifice, Revocation and Gargoyl to elevate their “pandemic project” into a fully-fleshed and ferocious 5-song assault.” 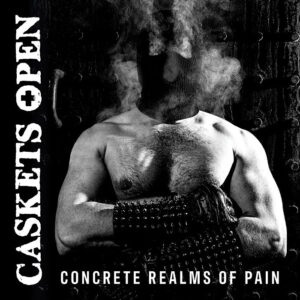 The 4th full-length by Finland’s own Caskets Open has been unleashed. This one may or may not be for everyone on the site here, but it is one that I have been enjoying for a few weeks now. It does start off with a rather boring, droning track that on it’s own is a cool tune, just set as an opening track does not start that album off well. From there they do kick things off very well. They play a style of doom metal that is lace with punk influence. Think of Type O Negative to Danzig and Reverend Bizarre. The vocals at times sound as if Mr. Danzig himself is at the helm. These guys have been around since 2007 and after listening to this release, it is safe to say, they should be around for many more years to come. 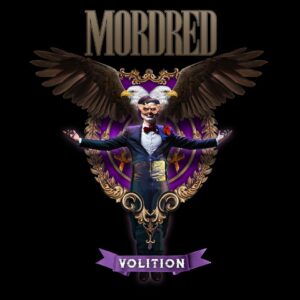 Here we have a single that is off of Mordred’s 2020 EP, VOLITION that was released July 2020. I did not realize that release was even out there. As many of you may or may not be familiar with Mordred, they are a San Francisco funk-infused thrash band. I was big time into Mordred in the early years. It was after seeing them as an opener for someone, the next day we went to The Record Vault where I was able to get their demo SEVER AND SPLICE. Now when their debut, FOOL’S GAME came out, it was a bit of a shock at first but soon became over played daily amongst my circle of friends. The same happened with their second album IN THIS LIFE which was a bit more on the funky side. Both great albums. After that, I am not sure why I let them fade for the playlist. I still have those cassettes today.

Anyways, ‘Love Of Money’ is a good track but it did not really wow me so-to-speak. I will be going back to look for this EP though. And I am very much looking forward to there latest album, THE DARK PARADE which will see the light of day July 23rd, 2021. Sorry this one didn’t really do it for me guys.

U.S. symphonic metal band Upon Wings have recently released a video single for their latest track ETERNAL WAY. I am not the biggest symphonic metal fan, but I can still consider myself one. This is not going to be a band that will need much convincing in terms of getting people to like them. Or the outstanding vocal ability of Anne Autumn. Upon Wings just needs their music out there a bit and it will entrance all those who are into the genre and the more melodic side of heavy metal. What shocked me the most is that not only are they a U.S. symphonic metal band, they are from Michigan. We are neighbors! Haha. This is not really the likely area of the country where such an amazing, ‘symphonic metal’ band would hail from. Well, I suppose I really do not pay that close of attention to such things as I should.

Anne Autumn herself says, “The song is called “Eternal Way” and features Primal Fear and Gamma Ray vocalist Ralf Scheepers and Falling In Reverse lead touring guitarist Max Georgiev. We are often compared to Nightwish and Epica, but with a slightly more gothic pop approach.” So there you have it! 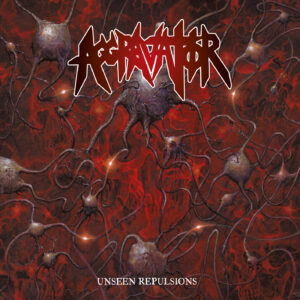 Texas thrashers Aggravator are back with a 6-track EP to completely pummel your senses. These guys formed back in 2008 and have a couple of full-length albums and EPs in their discography. This being my first encounter with Aggravator, obviously I can not compare this to any previous works from the band. But after the first couple of minutes in, there really is no need. These guys crush it! They are more of the Teutonic thrash style. They closely remind of one of my favs the mighty Kreator with a bit of that southern thrash flair. So fans of Kreator, Hypnosia, and Ripper to name a couple will totally dig these guys. And yes, this is one of those releases that leaves you wanting more. So with that said, I’m going to go search some out. Brutal!

Shadowspawn – The Biology Of Disbelief 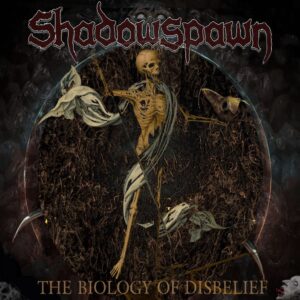 Okay, switching gears to the world of death metal. Hmm, this rolls along pretty damn good. These guys have been around since 2012. They are back with their latest, THE BIOLOGY OF DISBELIEF. The sophomore release is filled with ‘powerful riffs in an old school death metal sounding groovy cocktail.’ Producer Tue Madsen ponders about the sound of the youngsters: “Good quality old school death metal, which is always good for the soul”. I would have to agree with Tue, these guys are true to the craft. They play their brand of death metal very well with a style that sets  them apart from the masses. Being able to differentiate from one death metal band to the next has always been a challenge over the years. Shadowspawn will not have this problem as they have a unique sound that borders their music with thrash. Like them good ole days. Very good album. 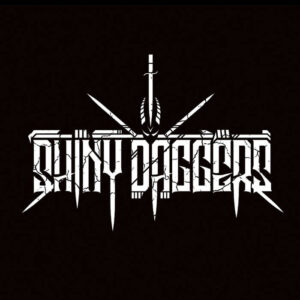 When it comes to blackened speed metal, one needs to look no further than Denmark’s Shiny Daggers. This EP only contains two tracks. Which sort of sucks. The two tracks here are pretty damn good so when you only get two, yes, repeat is a necessity when wanting to listen to them. Hopefully there is more to come very soon from these guys. And I had to include this from the press release below. Now go search them out!

“Blistering skies above the majestic landscapes in a cloud of misty woods, Shiny Daggers enter the unholy world of Nordic Metal. Fire souls, darkness unite, as the devil inside unlocks lurking spirits in a fascination of sexual lust and strangulation. Shiny Daggers sharpen its teeth and penetrate deep with bloodred hatred in a vicious battle to protect the values of Nordic Metal And Culture.”