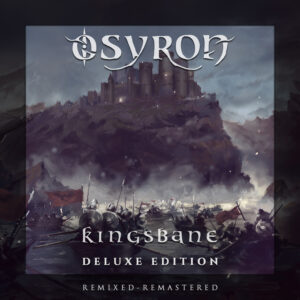 Osyron is a Canadian band born in 2012, although it had previously been active under the name Morbid Theory. In 2013 they released their debut album: HARBINGER, and four years later they presented: KINGSBANE (2017). His last unreleased work to date is the EP: FOUNDATIONS. Due to this great pace of work, it was normal to expect a new album, however, the group decided to relaunch their second album with some interesting changes.

Osyron is one of those bands that enrich the genre with their technique and compositional ability. They do not stay in the same line drawn, but they take their music to a more ambitious level without that meaning closing themselves in their own world; his pieces continue to be enjoyed without any problem thanks to the enormous melodic sense they have. This quality is reflected in the relaunch of KINGSBANE.

For this new edition we hear a totally revolutionized sound. If the songs already sounded powerful in their original version, in this new edition they achieve a very interesting level. The new mixing and mastering process gave each piece of the album a totally new shine, which tells us how the sound of this group has evolved.

In order not to stay in a simple remastered version, Osyron decided to take three pieces: “Viper Queen”, “Griefmaker” and “Razor’s Wind” and give them a new shape. It is in the latter where we hear the great management that Osyron has of his own resources; even though the original version is mostly acoustic, in its new version they totally dispensed with distortion and the result is beyond surprising.

All the pieces were chosen based on how they had been received by the public, this largely explains the changes and new arrangements that we can hear; it’s as if they realized how they could make the songs have the same impact that they have live but in their studio version.

With this release it becomes imminent to think of a new album with new songs. This is a band in its best form. Osyron has shown that it continues to improve in its production level, so its next full length should be a reflection of the great evolution that they have shown in this reissue. 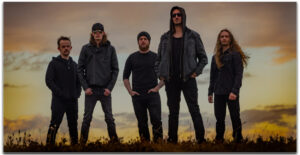