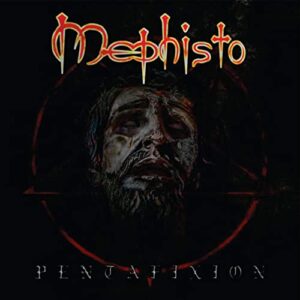 Gothic black metal is, in my eyes, one very underrated sub-genre and whilst some of the biggest names in metal like Cradle of Filth carry gothic elements, it’s bands who combine gothic metal and black metal well with overarching themes of vampires, the undead and other gothic themes who don’t achieve the same levels of recognition.

One such band, who I think should be credited for keeping their gothic roots alive and representing their native Cuba on the black metal stage, is Mephisto, all the way from Holguin. A nation as rich in history, culture and political and social change as Cuba is more than enough to influence such a dark-natured band, and that is what we see on their sophomore album, “Pentafixion.”

As well as carrying typical gothic themes like vampirism, the apocalypse and the gloomy sides of life, Mephisto seem to have assembled an album that covers a very wide range of black metal elements and history, which would intrigue any keen follower.

The first seven tracks deal with dark mythologies and themes of war and evil fantasy, then things take a turn down the Tolkien route with songs following Frodo and Sam’s journey to Mordor and the great battles of Helms Deep and Minas Tirith. Any keen LOTR lover should give that section of the album a spin, and the final track “Burning Fantoft” is an outright nod to the Norwegian founding fathers who literally set their homeland ablaze to gain their music’s momentum.

Overall, this is an album assembled from songs recorded and produced from across the band’s career, so it showcases their changes in strengths as they matured talent-wise. I wouldn’t say it blew my mind on many levels but it was good to hear a strong combination of much gothic metal and blackened evil that wasn’t being made by veterans like Moonspell.

A worthwhile addition to your music collection if this is the sound you really dig. 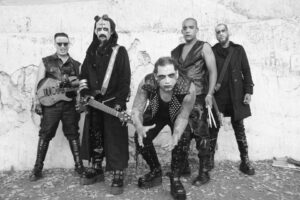 1. Enter the Storm (Intro)
2. Storming War Anthems
3. Pentafixion
4. The Birth
5. Rebellion
6. The Falling
7. Curse of the Pharaoh
8. The Mighty Ring
9. From Hobbiton Toward the Mountains of Gorgoroth
10. The Last Battle
11. The Undivine Blessing
12. Yavhe Sabbaoth (King of Nobody)
13. Burning Fantoft