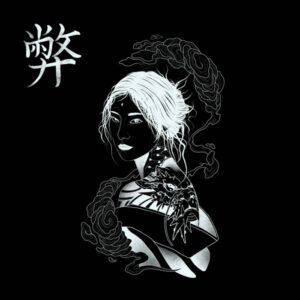 Luna Fawn Ripley is a band from North Carolina. At the beginning of April the group released their debut album entitled: DIAPASON, a work with eight songs and a very interesting sound as it combines the best of melodic death with a voice that breaks schemes.

Gabriel Borza and Sabrina Stoakes do a magnificent job with their guitars in pieces like “Book of Lies”, “Ghosts of Pain” or the instrumental “Tatsu” where we can listen to some interpreters totally dedicated to their instrument with many hours of practice and rehearsal behind. His guitars present great evolutions, generate intricate riffs and draw harmonized melodies from one second to another, it is surprising. It is a true melodic delight.

But not everything is speed, there are passages where his great musical sense is evident, as in the exit of “Blessed Night”, where we hear a great solo by Phil Tougas, guest guitarist, who not only shines for his technique; the accompaniment of the bass and the drums generate a very interesting beat that, accompanied by the acoustic guitar, shows us a band of great talent when composing.

Sabrina Stoakes’ voice is quite a challenge, as it completely breaks what one might expect from this genre. She is not a guttural or aggressive voice, we do not hear that here. Sabrina Stoakes offers a clean voice, with an interpretation that moves away from the strident and resembles more quieter genres, which is in stark contrast to the music.

This may be the band’s most distinctive trait and also be its riskiest bet. Although the result is interesting, there is still a very high ceiling to be explored in the voice because at times it is totally overshadowed by the technical voracity of the instruments. But at the same time it can be a great quality, as it can open the ears of fans who do not necessarily enjoy guttural vocals but will enjoy great compositional work.

The production is excellent. It is surprising that it is an album published independently because the sound obtained manages to capture the power of the songs very well. DIAPASON is a great debut album, the excellent letter of introduction for a band that has managed to exploit its qualities very well.