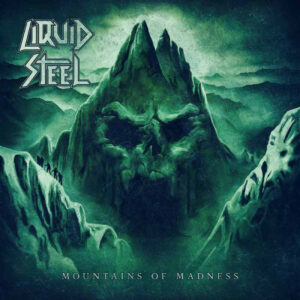 Liquid Steel is one of the great survivors of the past decade in the now famous NWOTHM. Although the band was born in 2009 and their first demo was released in 2012, it wasn’t until 2014 that we got to hear their great debut: FIRE IN THE SKY. After a great second step with MIDNIGHT CHASER (2016), the Austrian group is finally back with MOUNTAIN MADNESS (2021).

As its name loudly suggests, the title of this album comes from the homonymous story by H. P. Lovecraft, however, is not a conceptual album as all the songs are based on different themes.

Before it seemed that we were listening to a band that did not explode at all, as if it lacked a small step, however, in this new album we hear a conscious band that their style is not in forcefulness, but in a finer aspect that finally they have managed to capture and translate into their songs.

As in its previous albums, Liquid Steel allows us to listen to a very fine work on the guitars, with very melodic and harmonized introductions; in addition to effective riffs thanks to its simplicity; they show that they have no need to go to blazing speeds, that their thing is a more subtle halftime with wonderful results.

MOUNTAIN MADNESS offers pieces with the full potential to become new anthems of the genre; the first candidate is undoubtedly: “Heavy Metal Fire”, it is no coincidence that they have chosen it as their next single, whose style is completely related to the famous video “Liquid Steel”.

What they present in the homonymous piece of the album stands out a lot because they take their compositional boundaries to levels that we had not heard before; it is not only because of the acoustic introduction but the verse is on a four-quarter-breaking base.

This is something that other bands like Ambush had already presented on “Leave Them to Die”, which suggests that this may be a good way to take the genre to new and equally interesting terrain.

One of the great qualities of this band is that it is one of the few that still conserves the same members since their debut album, something that has undoubtedly given the group a perfectly defined presence and identity. Hearing Fabio Carta’s voice allows us to immediately recognize that we are dealing with Liquid Steel.

MOUNTAIN MADNESS will be released at the end of May with an incredible variety of editions that include not only the physical version but a vinyl; this tells us about a consecrated band that has managed to position itself among the most prominent of the genre today. 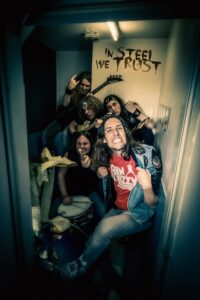