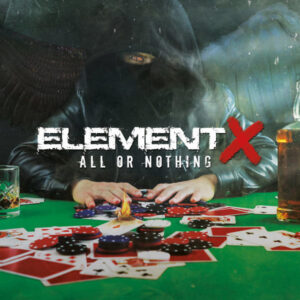 Element X is an indie band hailing from the underground depths of Dublin, Ireland. They started breaking stone in 2014 and since then they have released two EP’s: THE PROLOGUE in 2015 and four years later: ALL OR NOTHING (2019). In the middle of last year they released their single: “Crossbones”, and it is the last they have presented since then. For now we are going to focus on his latest EP.

His style is perfectly delimited by hard rock and heavy metal sound, without this meaning something bad; quite the contrary, because from the beginning the songs offer good melodies that are perfectly complemented by very accurate drums.

In the specific case of ALL OR NOTHING, the great quality is that they do not break their heads by complicating their music and offer direct and simple riffs; this makes his pieces incredibly effective. That is why it is no coincidence that his songs shine with the same radiance both in their studio version and in their live version.

Perhaps the most surprising feature is that, despite being an independent band, they have managed to obtain a very well produced sound, since the mix of the pieces allows listening to secondary voice lines and harmonies that greatly enrich their compositions as happens in “Temptations ”.

The quality of this production also gives space to each of the instruments. Technically neither member stands out above the other, here they all work in perfect harmony. This is a great example of what it means to be a multi-member band and not a project with session musicians.

It is surprising that five years away the band has not been able to get a record contract because they have a perfectly defined and very well developed sound; however, it is very gratifying to see the enormous talent that exists deep within the European scene. The least they need is a label, because their music speaks for itself. Hopefully soon we can hear about a full length or a new album by this band. 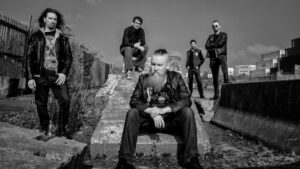